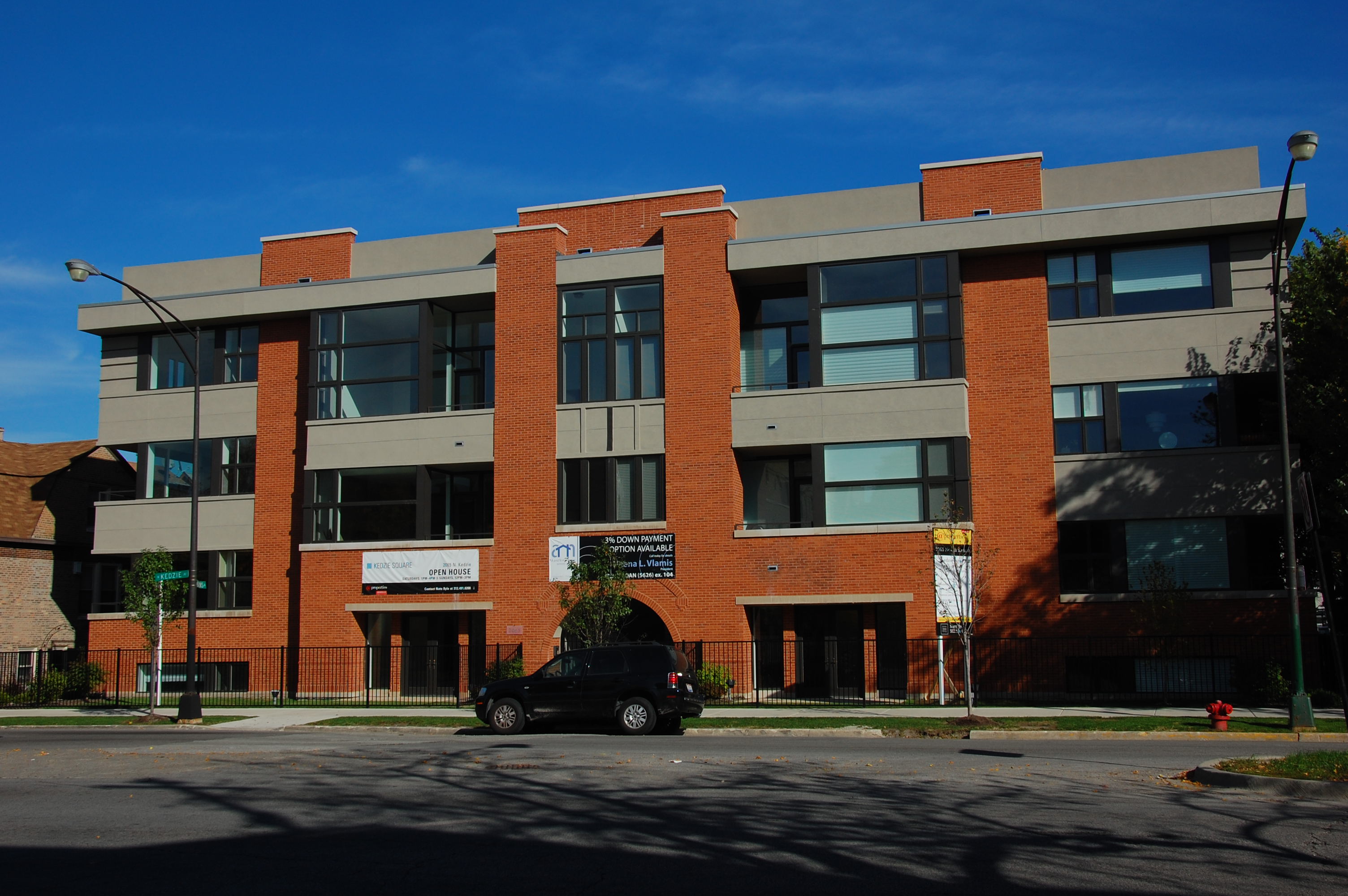 It has been more than two years since we last reported on Kedzie Square, Brighton Development’s 28-unit condo building at 2065 N Kedzie Blvd in Palmer Square, but only about one-third of the condos in the building have sold in that span. 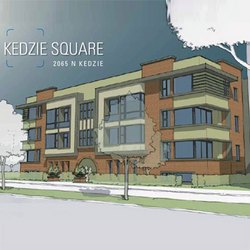 In September 2006, Yo writer Joel Hoglund reported that about 20 percent of the Kedzie Square’s condos had been sold. Since then, marketing of the project has changed from Koenig & Strey GMAC Real Estate to @properties, and now listing agent Nate Ryle says that 17 of the 28 homes are still available.

An old Koenig & Strey press release for the development is still online, and it provides more insight into the building than either the developer’s Web site or the @properties site. Here’s what the release had to say about the architecture:

Kedzie Square was inspired by classic Prairie styling with overhanging rooflines and wide expanses of windows. Materials used also reflect the Prairie Style influence and will include brick, concrete block, cast stone and stucco in a palette of soft, earth-toned colors.

I see more of the earth tones and “Prairie Style influence” in the rendering than in the finished building, which actually reminds me of the developments with the “-view” titles (ChicagoView II, Pulaski View, Springview, etc.).

Nate Ryle describes Kedzie Square as an “eco-building,” because it was constructed with recycled materials, and Brighton sought to install efficient machinery. The Koenig & Strey press release also underscores the low environmental impact of the building, mentioning both low-VOC paints and bamboo floors, but offers few other specifics.