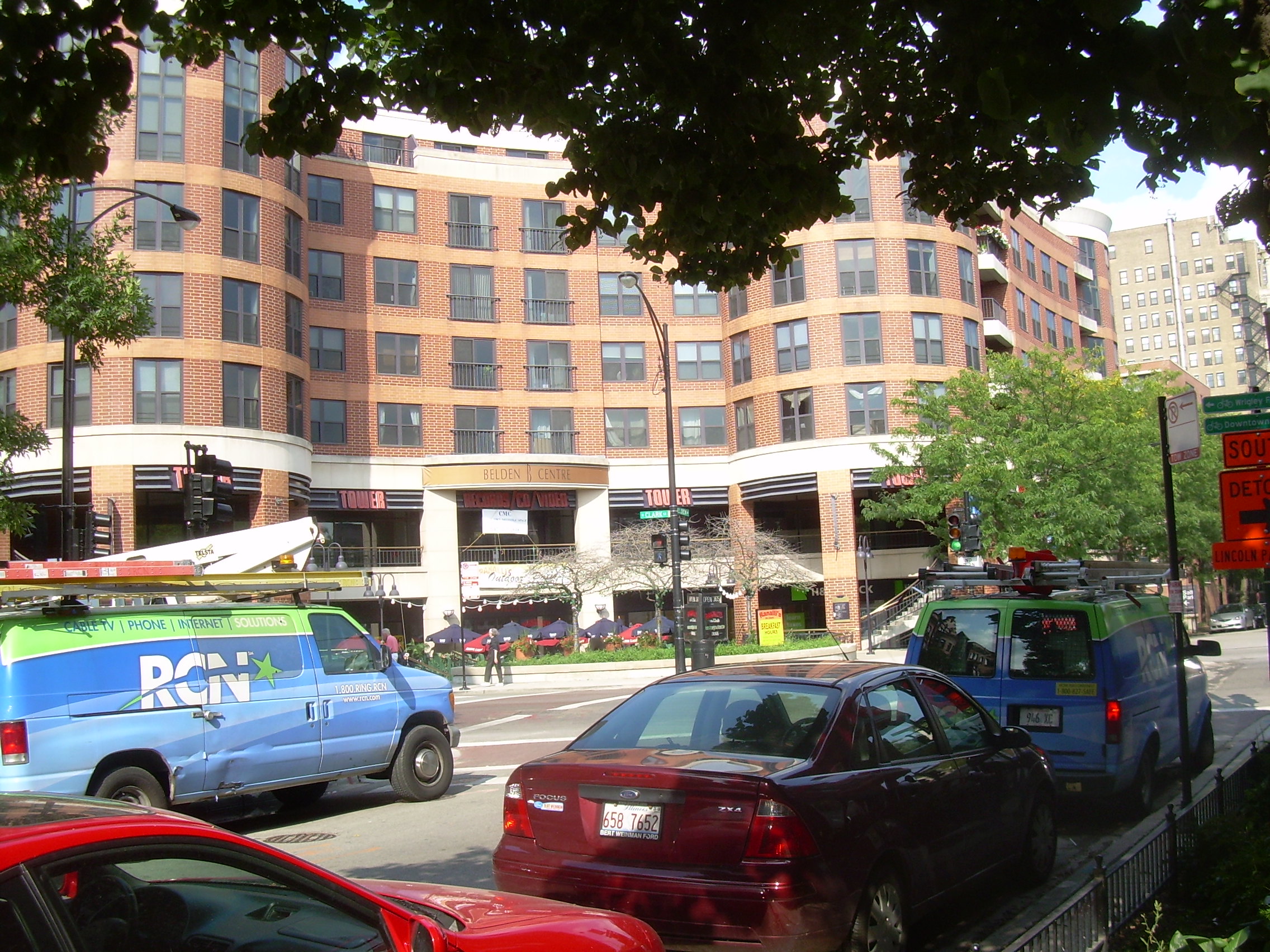 A story in this month’s New Homes looks at the retail situation in Lakeview, with a focus on how high rents are displacing Mom and Pops with national merchants and other more deep pocket tenants. Submitted now for your consideration, another retail issue which in the long run may be more troubling, but which hasn’t received as much attention: chronically empty spaces.

Any vacant real estate is bad news for the property owner, but vacant retail space hurts all of us: any break in the continuum of the city fabric diminishes the urban experience.

The management at the Belden Centre complex at Belden and Clark hasn’t been able to fill the space vacated by Tower Records, which raises the issue of why it closed — and why the Virgin Megastore on Michigan Avenue has similarly gone out of business, 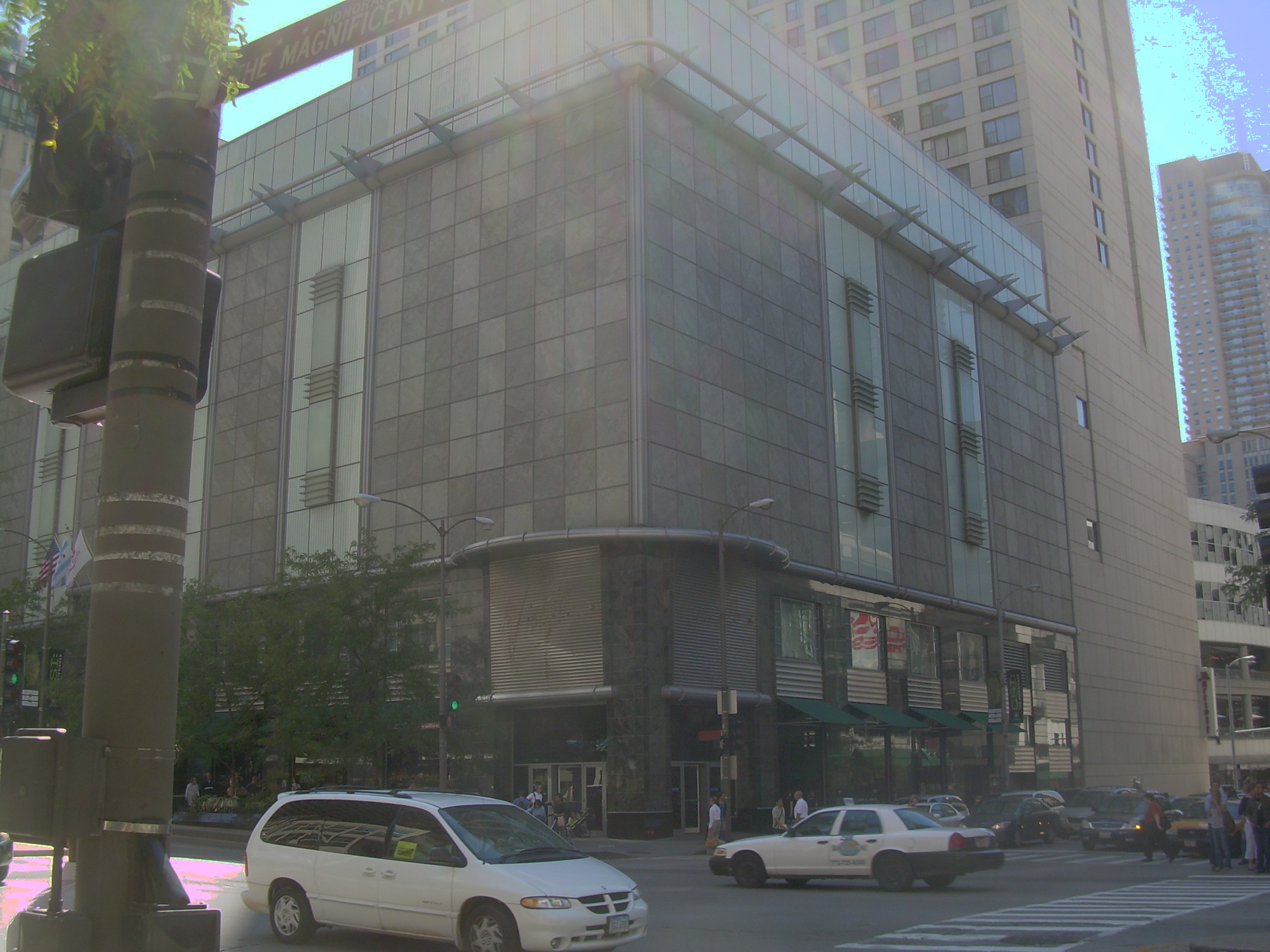 and why Border’s recently disclosed its plan to shutter its stores at North/Halsted, Clark/Diversey and Broadway /Leland [the downtown stores will reportedly remain open].

It doesn’t take an advanced degree to see that this has resulted from an evolving shift in retailing: the transaction in certain commodities is taking place more and more in cyberspace, so retailers are seeing less and less reason to maintain a bricks and mortar presence on the city streets.

It makes you wonder where this is leading.

Shopping online has a lot of advantages — which, apparently, the public increasingly perceives as outweighing its downside. Certainly it makes sense in the books and music categories, in part because the goods are so fungible, but also because e-tailers have tried to make the experience more like being onsite [think Amazon’s “Look Inside” feature and itunes’ previews.]

Other purchases are more complicated. While you still ought to try on clothing and shoes before you buy them, if the fashion accessory or home decor merchandise you see on a website looks ok in the pictures, you really don’t need to see it in the flesh. And if you don’t like it when it’s delivered, you can always send it back.

So if bricks and mortar retail is waning as a real estate concept, you have to ask who is going to take up all this empty street level space — particularly the big empty spaces vacated by the likes of Border’s and Virgin. Is it conceivable that the economy has shifted so far that traditional retail tenants will never emerge?

But street level retail in an urban setting doesn’t lend itself quite as well to this kind of thing, and residential use doesn’t really seem like an option. Restaurants are a hard sell, too; the dangers and inconveniences of living or working above them limit where they can locate themselves.

Conversely [there’s almost always a converse], it’s worth noting that, at least in the neighborhoods, you see more and more coffee houses [many of which don’t even feature the image of a smiling green mermaid on the storefront]. Evidently, with so many people telecommuting, there is a need for daytime gathering spaces where people can interact, although you start to wonder whether this is true because when you look in the window of many such “third places,” every person in the joint is transfixed by their laptop screen and not paying the least bit of attention to anyone else in the room.

Also nail salons. There seems to be one on practically every block.

But how many coffee houses can any city neighborhood support? And it’s hard to imagine a nail salon that could churn out enough acrylic wrap sets to justify taking over the 50,000+ square feet or so vacated by Virgin.

We will watch with interest as the commercial real estate types get creative.

Newer Post
Sales center to open in October for The Landings of Chicago on Southwest Side
Older Post
Ripped from the headlines: Lehman sells interest in Cityfront Plaza