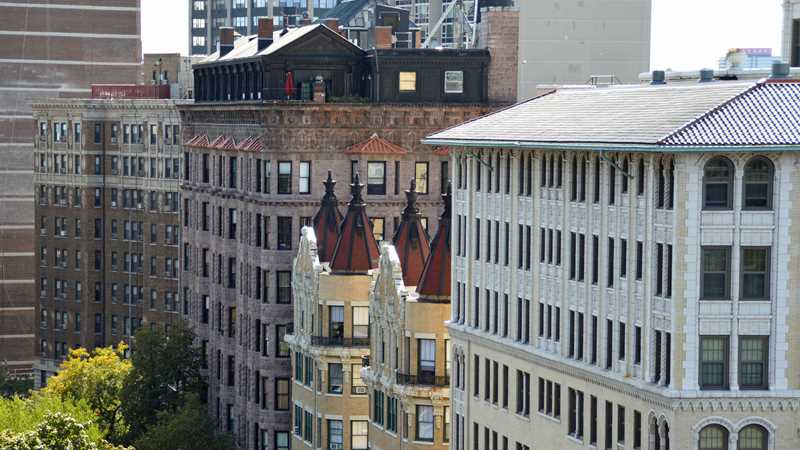 One of those projects began its life in 1917 as the Surf Apartment Hotel, at the southwest corner of Surf and Pine Grove in Lakeview East. The ornate 10-story building currently houses 173 studio and one-bedroom apartments restricted to residents at least 62 years of age and is known as the Britton Budd Apartments.

Britton Budd was a key figure in the development of Chicago’s elevated lines, and a man of action. According to one account:

Budd’s no-nonsense personality was often reflected in the way he conducted his job. One particularly illustrative incident occurred when the Northwestern notified Wilmette officials of their intention to extend their line into the city. Opposition to the plan quickly developed and the village wanted Budd’s company to obtain a franchise to enter the village, provide 24-hour police protection and charge five cents for travel into Evanston and ten for trips into Chicago. Budd refused. On the night of April 1, 1912, he ordered a construction crew to the village and under the cover of darkness, they closed off Laurel Avenue and built a half-car long platform on a short spur track just south of Linden, 150 feet west of 4th Street. Wilmette awoke the next morning to rapid transit service. Later, when the Northwestern requested to build a permanent station facility, Wilmette, ego still bruised, refused. Budd ordered the station and yard built anyway, successfully arguing in court that the Northwestern was acting under a franchise granted to the Chicago Evanston & Lake Superior Railway.