The curtain goes up on Opera Lofts 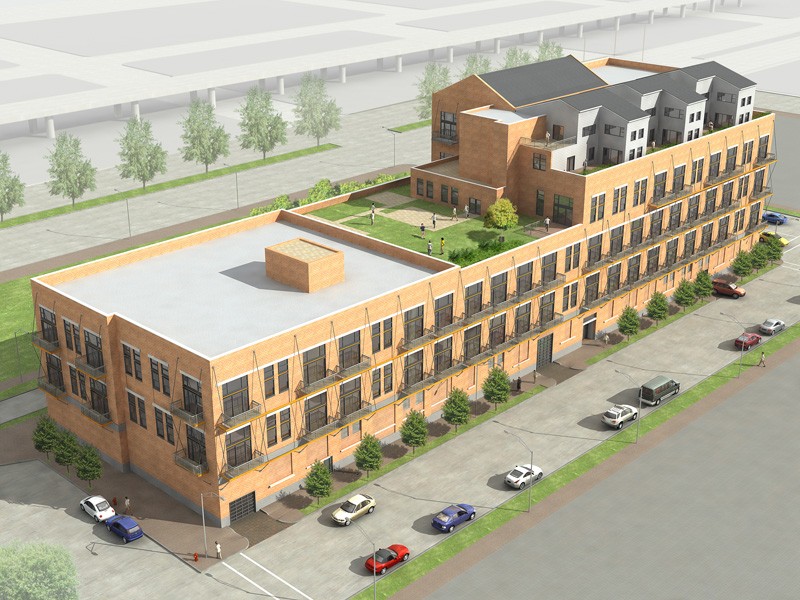 Atproperties agent Tawnya McVicker gave us her rundown on Opera Lofts, 2545 S Dearborn St, in our recent video, but we thought you might want to take a look at a rendering, too. The seven-story building, formerly a storage facility for the Lyric Opera of Chicago, is being converted to a 93 lofts.

Developers Leigh Ballen, Adolfo Castellanos and Andy Schcolnik have retained some of the building’s lofty features, including the original concrete columns and ceilings. While high ceilings are pretty common in lofts, some of Opera Lofts’ ceilings are really tall – nine to 30 feet.

In addition to the standard triumvirate of granite counters, stainless steel appliances and 40-inch-plus cabinets, kitchen finishes include mosaic-tiled backsplashes. Instead of using marble tiles in the bathroom, the developers chose marble slabs imported from Egypt, resulting in no floor seams and only one on the wall. The building also has a 7,000-square-foot rooftop garden and a dog run.

In the first week after the sales center opened, 14 units have sold, according to Atproperties agent Richard Sanchez.

Newer Post
Comment of the day: the bottom has dropped out of the market
Older Post
New apartment tower proposed at Lake and Wells in the Loop