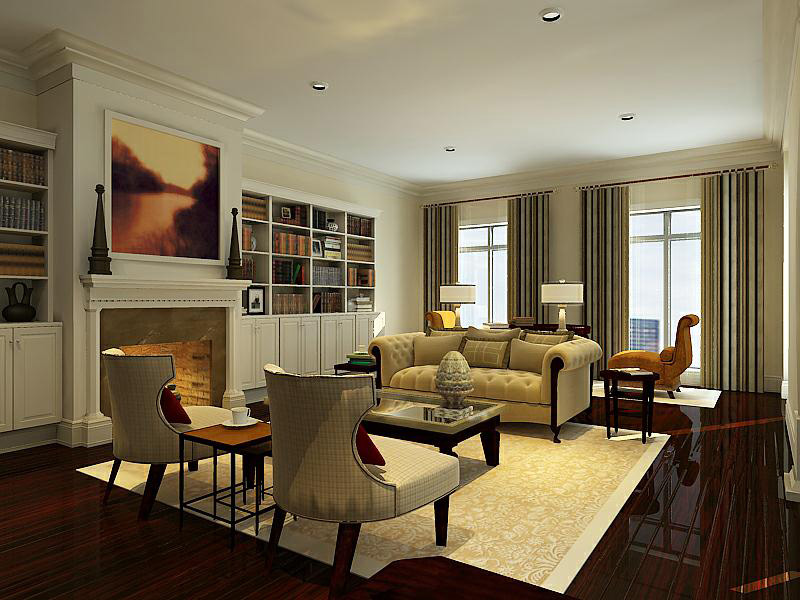 When interior designer Hollis Savin went looking for a new high-rise condo downtown, the empty nester promised herself that she wouldn’t settle for anything short of spectacular.

Her future home would be steps from Mag Mile shops, so she could dive in and out of Nordstrom easily on cold days. Her condo would be cleverly designed to maximize the available light and space. And above all, her new home would be full of luxurious touches, from the ground-floor lobby to the designer soaking tub.

“I don’t go to the Double Door, I go to the Peninsula,” Savin says. “You want the luxuries of life when you get to the empty-nester stage because you’re tired. I need the 24-hour doorman and a health club in the building.”

Savin found what she was looking for at Sutherland Pearsall’s 550 St. Clair, a new high-rise underway in Streeterville. Architect Brininstool & Lynch’s progressive design features clean lines, floor-to-ceiling glass and a clever use of space, with pocket doors that allow owners to reconfigure their layouts easily and creatively. Savin giddily rattles off the highlights of her new home: The airy 11-foot ceiling heights, the recessed lights, the Sub-Zero refrigerator…

In a crowded market builders strive to stand out, and “competitive” is no exaggeration. Chicago builders are on track to add a record number of new-construction units to downtown Chicago in 2006 even as the overall real estate market shows signs of a slowdown. During the first half of the year, developers added 4,400 new units downtown, almost matching the 4,500 units announced in all of 2005, says Gail Lissner of Appraisal Research Counselors. 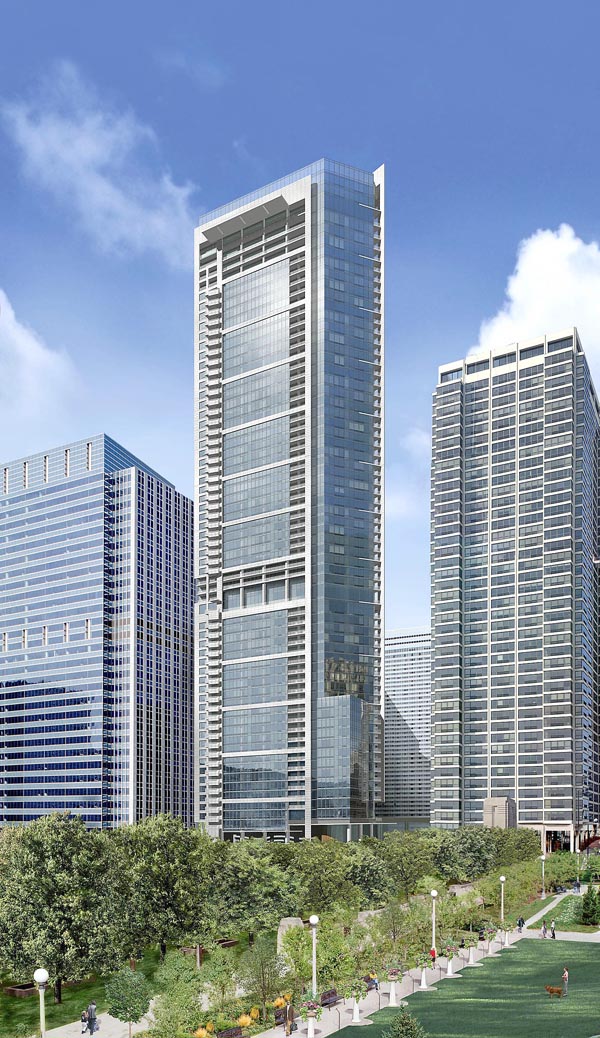 New Homes counted at least 55 high-rises in various stages of development in downtown Chicago at press time, some on the market for more than two years and far along in construction, others brand new and waiting to break ground.

“Developers are in a game of one-upmanship. Who can have the best kitchen cabinet, a designer architect or the trendiest layout or design,” says James Kinney, of Rubloff Residential Properties. “Everyone’s trying to find a way to be read differently on the skyline.”

It’s a far cry from the early 1990s, when few high-rises were built and virtually none outside of the Near North Side.

Today, a rejuvenated downtown and prices that have escalated sharply during the last decade have spurred residential high-rise construction in neighborhoods where condo towers would have been unthinkable not long ago.

The South Loop is perhaps the best example. Early development in Dearborn Park and Central Station was mostly low-rise, but today, it’s hard to keep up with The Enterprise Companies’ new condo towers at Museum Park, a community with killer lake, park and skyline views within Central Station.

Others have followed suit with new condo high-rises throughout the South Loop. Developers are now building towers, such as The Chieftain Group’s Lexington Park Condominiums, at Cermak and Michigan, right up to the neighborhood’s southern edge.

The new spate of South Loop high-rises has given the neighborhood the lion’s share of the downtown market for new construction, according to Appraisal Research, which reported that 44 percent of new condo sales downtown occurred in the South Loop during the first quarter of 2006. 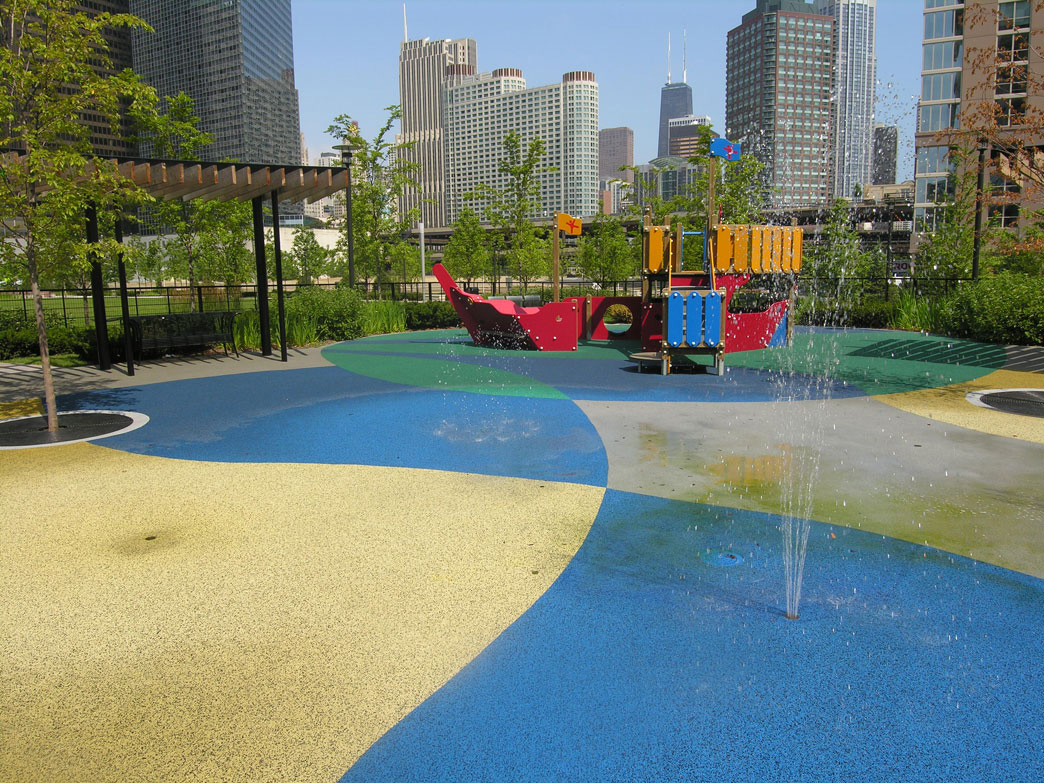 The Loop used to become a ghost town at 5 p.m. when office workers jumped on trains, but the unveiling of Millennium Park has spawned another high-rise boom in a part of the city that used to mean business only. A city study quoted in the New York Times concludes that Millennium Park is responsible for around $1.4 billion in residential development.

Mesa Development led the pack here with the sold-out at Millennium Park, and its follow-up, The Legacy at Millennium Park, 60 E. Monroe St. LR Development was next with 340 on the Park, 340 E. Randolph St. That development has one foot in another hot neighborhood – the New East Side. Magellan Development Group is constructing a massive mixed-use community on prime land along Lake Shore Drive between Wacker Drive and Randolph Street. Lakeshore East is a 28-acre development that will eventually contain 5,000 homes, mostly in high-rises, such as Magellan’s latest The Heritage project, Aqua, 225 N. Columbus Drive.

In the frenzied late 1990s developers showed scant regard for architecture in their rush to make a buck, but that mindset has shifted dramatically in the last few years. At Schatz Development’s 600 North Fairbanks, placards promote architect Helmut Jahn, bestowing him with rock-star status. Jahn’s feted design features a curved glass wall and a sheer side that tapers at the base, so that the tower leans provocatively over a neighboring structure.

The Fordham Company hoped to earn a place in the history books with The Fordham Spire, a 2,000-foot tour-de-force proposed for 420 E. North Water St. that would be the tallest building in the United States. The developer signed big-name Spanish architect Santiago Calatrava, who conjured a daring design that has been likened to a giant swirling corkscrew.

Just as New Homes was going to press, however, Irish developer Garrett Kelleher purchased the 2.2-acre riverfront site, with plans to finance the project himself.

The newfound attention to detail among builders of high-rises doesn’t stop at facades. Luxury finishes that were once upgrades now are standard. Appliances are unabashed and stylish markers of status, bearing European names like Snaidero (cabinets), Miele (dishwasher) and Wolf (oven range).

“The finishes are like your BMW, Mercedes, Ferrari or Bentley – they are the best in the world,” says Kate Flaherty, of Luxe Home, a division of the Merchandise Mart that supplies designer finishes to developers. 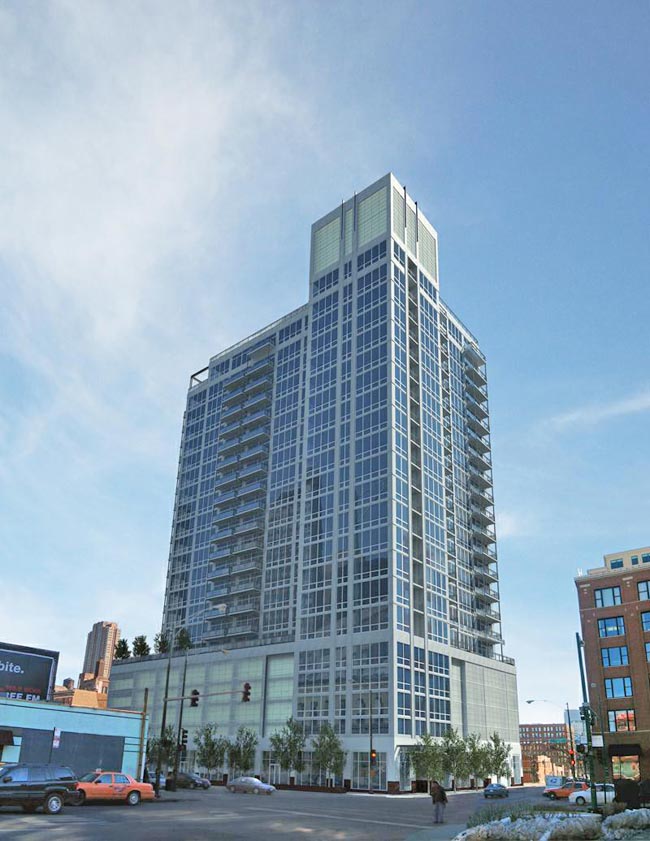 And the trend isn’t confined to luxury developments. At Vetro, where homes are priced from the $180s to the $990s, Roszak / ADC offers Grohe faucets, Kohler tubs and Poliform cabinets.

Amenities have been ramped up too, with all sorts of dazzling perks, often accompanied by costly assessments. Swimming pools, party rooms, dog runs and health clubs have become standard. To get buyers’ attention now, you have to take the approach of Belgravia Group, which is hoping to lure younger shoppers to its 565 Quincy project by installing a bowling alley and a putting green. Aqua has an Internet café, a library, a coffee bar, and 80,000 square feet of outdoor space with a running track, gazebos, cabanas, hot tubs, fire pits and a wine cellar.

If your tastes run more to popcorn-at-the-movies than pinot noir, you’ll find a cinema in the “Life Center” at Warman Development’s Astoria Tower, 8 E. 9th St. In fact, Warman has gone all out to please buyers at Astoria, where residents will be able to tee off at a golf simulator, play a game of billiards or work in the business center.

As buildings become more luxurious, of course, condo prices rise. The increased cost of land and construction materials also is putting pressure on prices. About 53 percent of all new downtown condos were priced from $300 to $399 per square foot, and 32 percent fell into the $500- to $699-per-square-foot range in 2005, according to housing analyst Appraisal Research Counselors. The $500-plus category, however, is growing, largely because high-rises near Millennium Park and the New East Side are fetching premium prices, says Gail Lissner, of Appraisal Research.

Some observers say the downtown market for new construction appears to be cooling slightly, but it has absorbed a healthy 90 percent of the almost 4,700 units slated for delivery in 2006, Lissner notes.

Warren Barr, a principal of Renaissant Development Group, is confident that the demand for high-rises will remain strong, fueled by aging baby boomers with healthy bank balances. Barr is putting his money where his mouth is as he markets two upcoming high-rises – Park 1000, at 1000 S. Michigan Ave., and Park Michigan, at 830 S. Michigan Ave.