The “infamous hole” on Clark Street is headed for auction 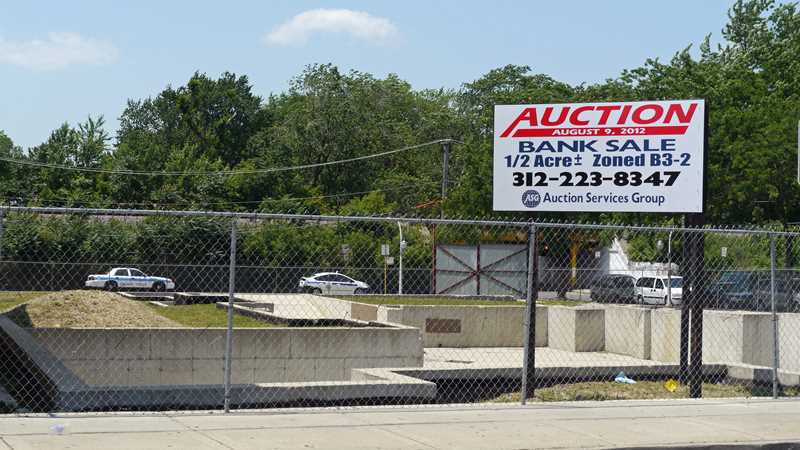 What NBC Chicago referred to as the “infamous hole” at 7070 N Clark St in Rogers Park is apparently headed for auction after languishing in uncertainty for half a dozen years.

The property was listed for sale in 2009 for $3,950,000 as a “partially constructed 5-story 32-unit development project.” The price was reduced to $2,950,000 in March of 2010 and it was taken off the market in April of this year. NorthSide Community Bank filed foreclosure proceedings in 2008 and acquired title to the property in August of 2010.

The website for Auction Services Group sets the auction date for August 9, and the minimum bid for $425,000.

Structural steel that was on the site when I shot the following photo, four years ago in July, has been removed, as has some of the concrete. 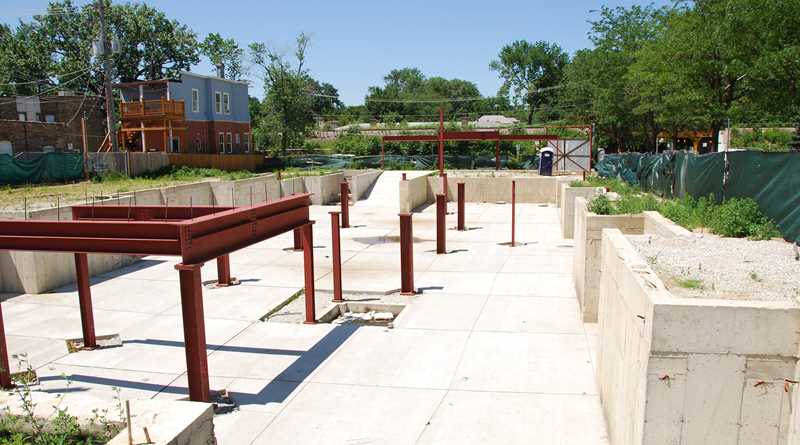