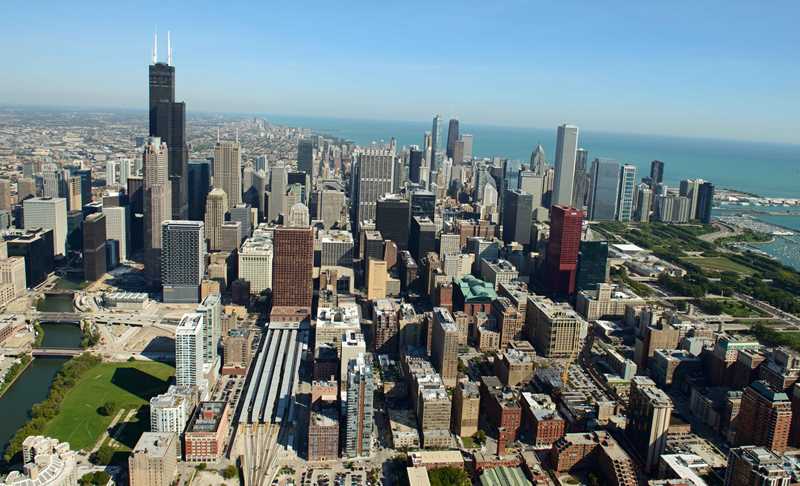 The striking pattern formed by the balconies at 235 Van Buren is one of the first things you see as you exit the Eisenhower Expressway into the Loop.

At first glance the balconies appear to be randomly placed and form, in the words of a Perkins + Will architect, a “kinetic billboard.” Architecture critic Lynn Becker writes that architect Ralph Johnson “deploys his balconies as sculptural punctuations” and reports they have “been likened to everything from Morse Code to a punch card, with the balconies as hanging chads.”

According to the Tribune’s Blair Kamin, who presumably had it on good authority, the balcony pattern was inspired by Piet Mondrian’s Broadway Boogie Woogie.

We were aloft in a helicopter last Tuesday and shot the above photo and the unusual perspective on the balconies, below. 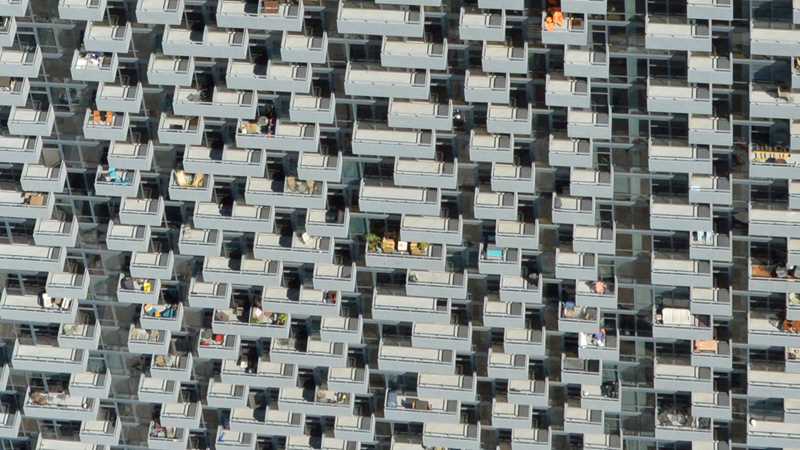