The look of "new lofts" not impressive – with some exceptions

Among the many failed publications erstwhile ventures undertaken by Yo’s parent over its long publishing history was a large tabloid format periodical called Loft Living. Those with a memory for such things may recall that loftliving.com was Yo’s previous address. [If you visit there now, you will be automatically directed here] and that the magazine was eventually submerged into Yo’s hardcopy sibling, which is often referenced here.

All of this struck this reporter as he was thinking about buildings under construction in Lake View, and what kind of impact they’re having on the streetscape. It’s hard to escape the conclusion that — at least as far as developers have determined — Chicagoans really, really like the idea of living in a loft space even if it isn’t in an actual loft building, and even more so if it’s not in a changing post-industrial neighborhood. So it’s lofts, lofts and more lofts. All lofts all the time. Not real converted manufacturing or warehouse structures, but stuff built from the ground up, with brand new everything.

As utilitarian structures, those vintage commercial buildings converted to residential use typically didn’t offer much in terms of refinement in design. So it’s interesting to see what designers are doing with new loft buildings. Overall it’s a mixed bag, but dullsville is the norm: textbook examples are available in the form of LV Lofts [designed by Sullivan, Goulette & Wilson] and The Vue, both of which are still some ways away from move-in, but far enough along for you get a sense of what we’re talking about. 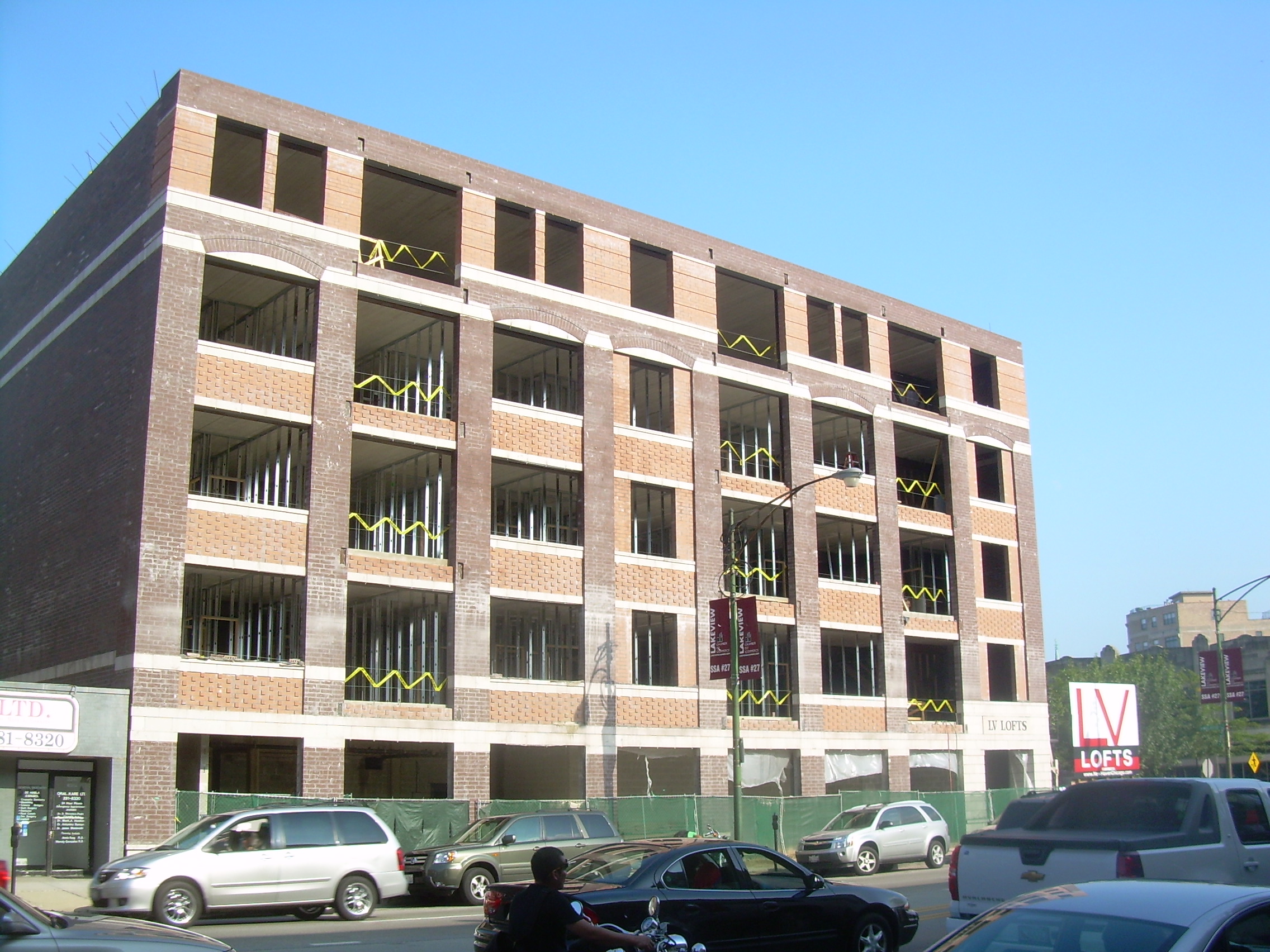 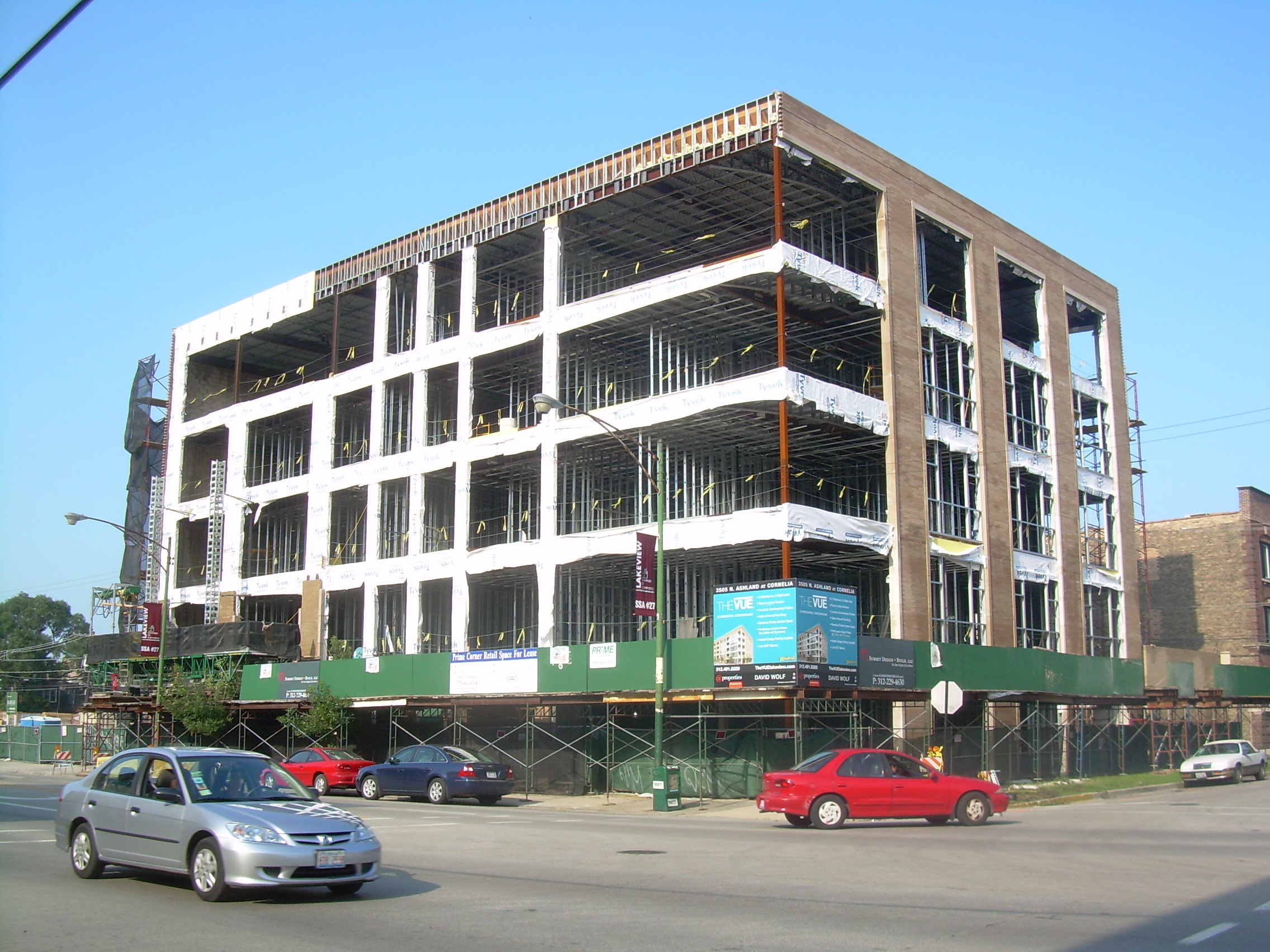 At least one other almost finished project looks mighty promising, though: the Ashton Lofts, overlooking one of the city’s busiest, noisiest intersections — Fullerton, Ashland and Clybourn.

Sleek and modern, its facade features a rhythmic array of window wall punctuated with terrace recesses that’s really striking, particularly when viewed head on. [We tried to find out who the architect was, but the project’s Web site — the copy for which seems to have been written by someone who is not a native English speaker– is almost laughable in its complete lack of any useful data: it doesn’t even offer any contact information. And calls to the real estate agent on the project, whose number is plastered on the side of the building, weren’t returned.] 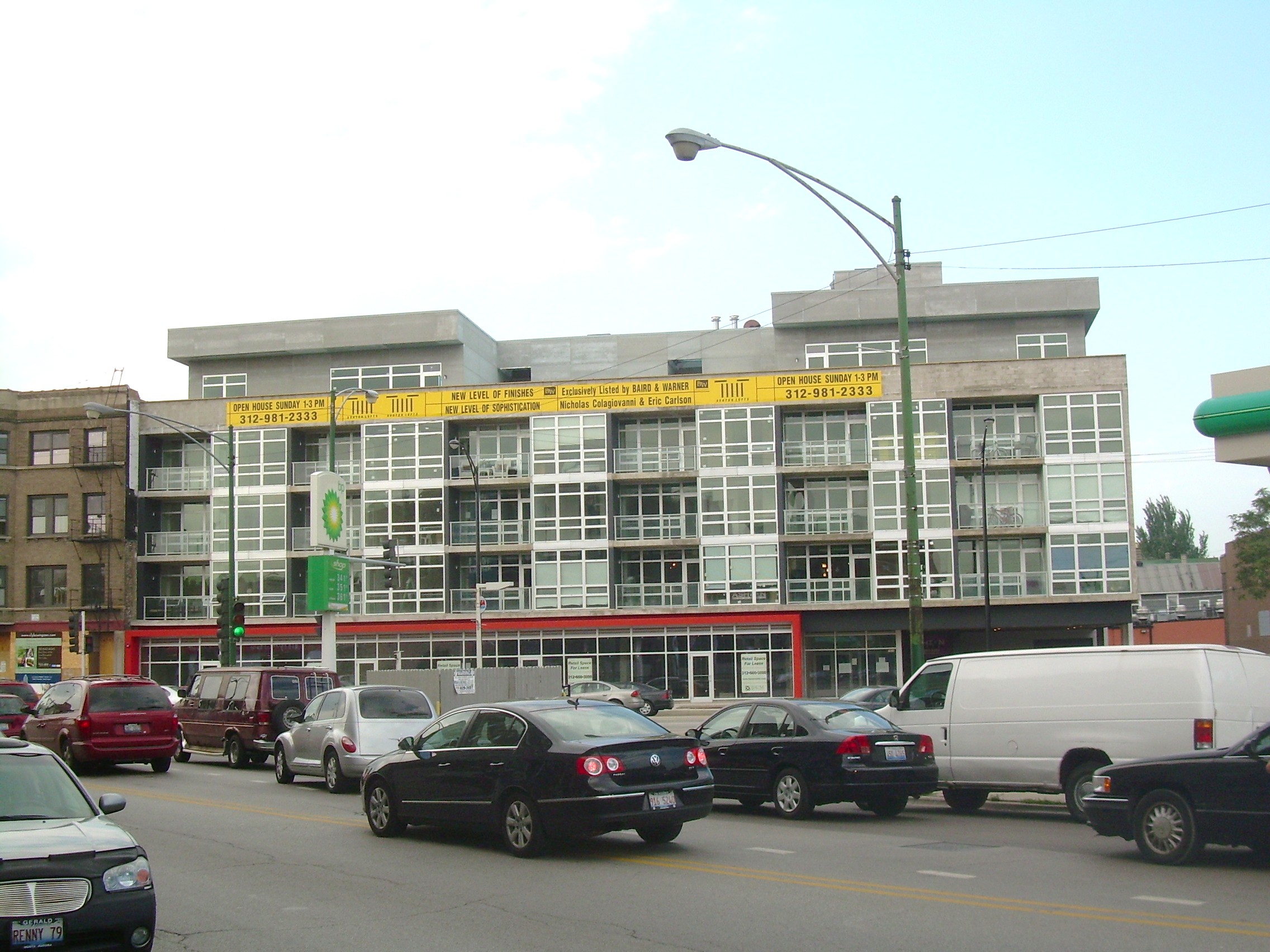 And finally, although you want to support the idea of recycling existing buildings, what’s being done at the Citizens State Bank building at Lincoln and Melrose is just plain wrong — so far beyond the realm of “what were they thinking?” that it has arrived at a place better described as “is there anything else they could have done to make it even more ridiculous?” 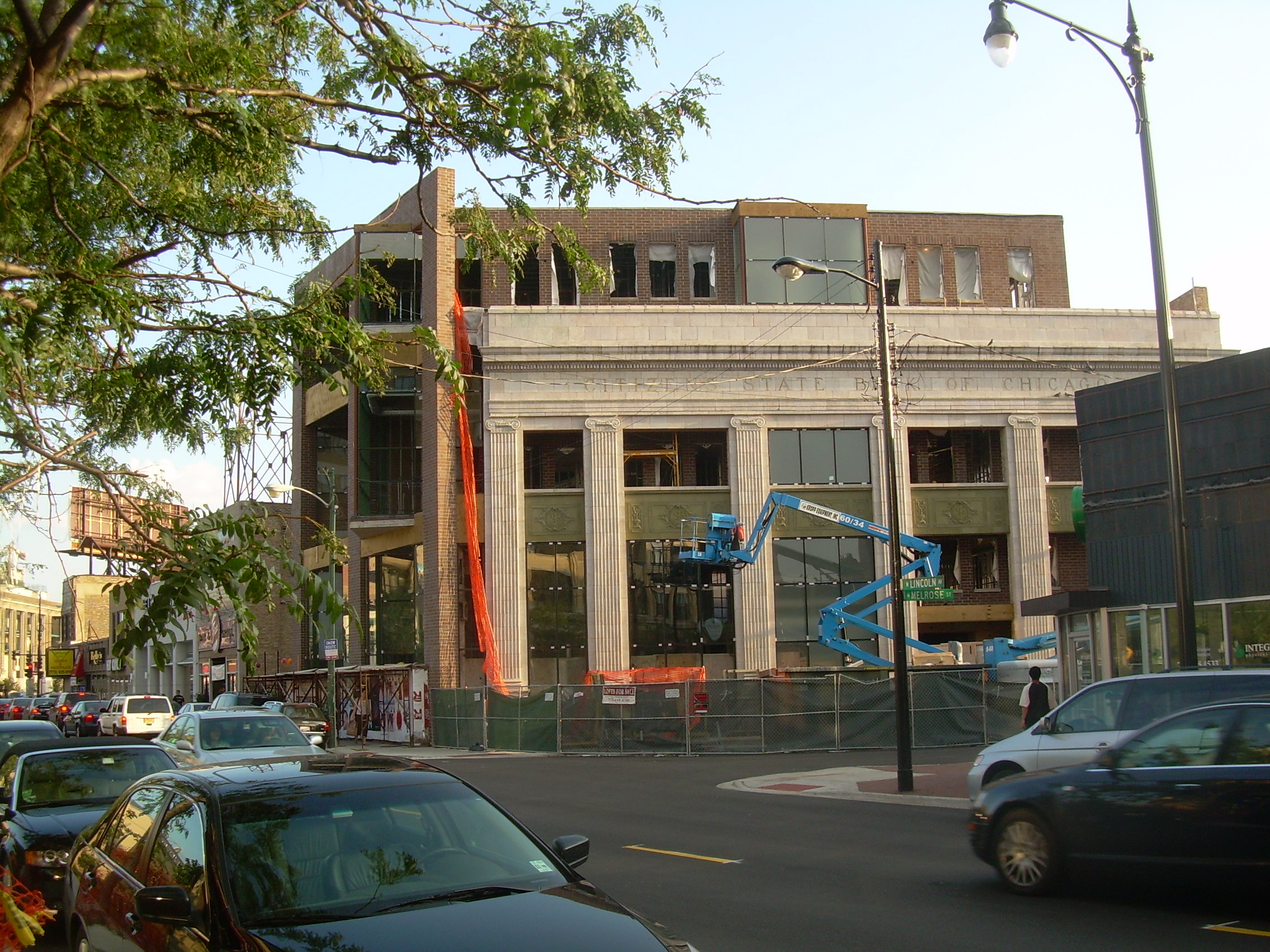