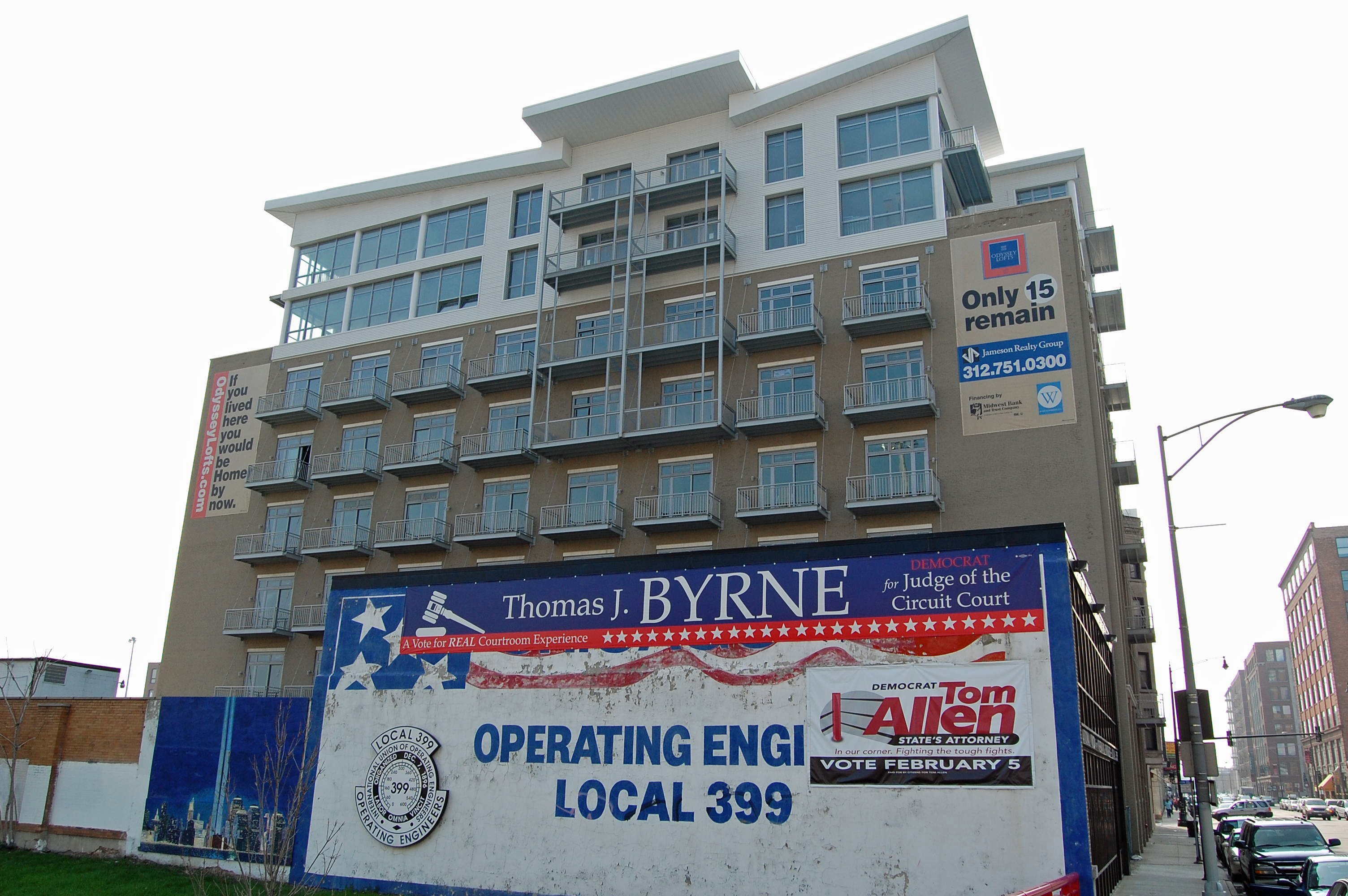 Tell me, O muse, when The Odyssey Lofts will sell. We’ve been writing about this 60-unit loft conversion at 775 W Jackson Blvd in the West Loop since early 2006, back when New Homes named it the “best new loft development” in Chicago. Since then, less than half of its homes have sold, and given the current market, it seems unlikely that the building will close out anytime soon.

According to Jameson agent Barbara Buchel, the development was originally designed to have 70 condos, but a single buyer purchased ten units on the first floor and had the space rezoned for commercial use. Now, the building has 60 units, 14 of which have closed. Another 12 are currently under contract.

Buchel said in April that developer W Developments was still waiting for a certificate of occupancy from the city. Buchel clarified that statement Friday, saying that a problem last year involving a ComEd transformer delayed the development for 10 months. As a result, first move-ins didn’t start until May.

Despite the slow sales, the developer isn’t advertising price cuts, although Buchel says reductions are being arranged at the negotiating table. The remaining one-bedrooms are listed from the $240s, one-bedrooms with dens start in the $250s, two-bedroom / two-baths are priced from the $340s to the $390s, and the last remaining three-bedroom / 2.5-bath condo is priced in the $620s.

NewHomeNotebook:
• Rate and review The Odyssey Lofts
• View our list of true timber and concrete lofts