The tower crane at Eight O Five is poised to jump 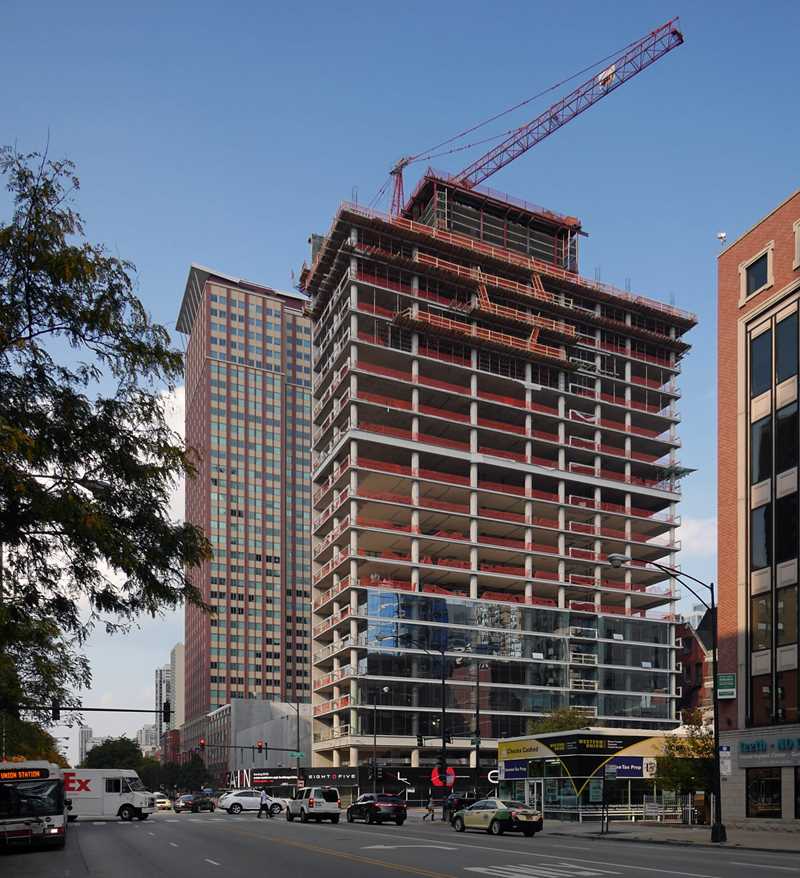 Eight O Five, the new apartment tower under construction at 805 N LaSalle, had climbed to the 20th floor yesterday, on its way to topping out at 35 stories.

Before the building can climb much higher, additional sections will need to be added to the tower crane in a process that’s known as a “jump.”

In a jump, the “jacking crane” that frames part of the tower crane lifts the crane’s cab and jibs about twenty feet, opening a hole for the addition of another section to the crane. It’s a feat of technological wizardry, precision skills and ironworker muscle.

Marie Spear, one of the crane operators at the new K2 apartment tower, describes the process in the following video.