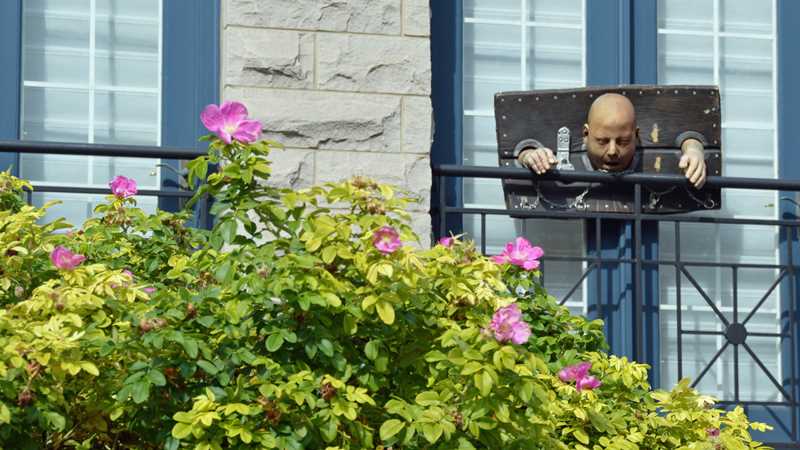 In the days when stocks were used to subject offenders to public humiliation and mockery, “passers-by were encouraged to throw mud, rotten eggs, moldy fruit and vegetables, smelly fish, offal, and excrement (both animal and human) at those being punished.”

There are some among you, I have no doubt, who believe that anyone who bought a townhome in the early to middle part of the last decade ought to be placed in the stocks. Others among you perhaps believe that owning a townhome bought during that period is sufficient punishment and a badge of public humiliation.

The sculpture pictured above hangs on a corner townhome at Tuxedo Park, a luxury development in River North. Make of it what you will – but hold the eggs, fruit, etc. as you pass by.

Tuxedo Park was a pioneering development in River North when it broke ground in 1996, at prices ranging from $259,900 to $559,900. It was one of only a very few residential developments west of Orleans at the time.