Tribune checks in on Trump services as tower continues to rise 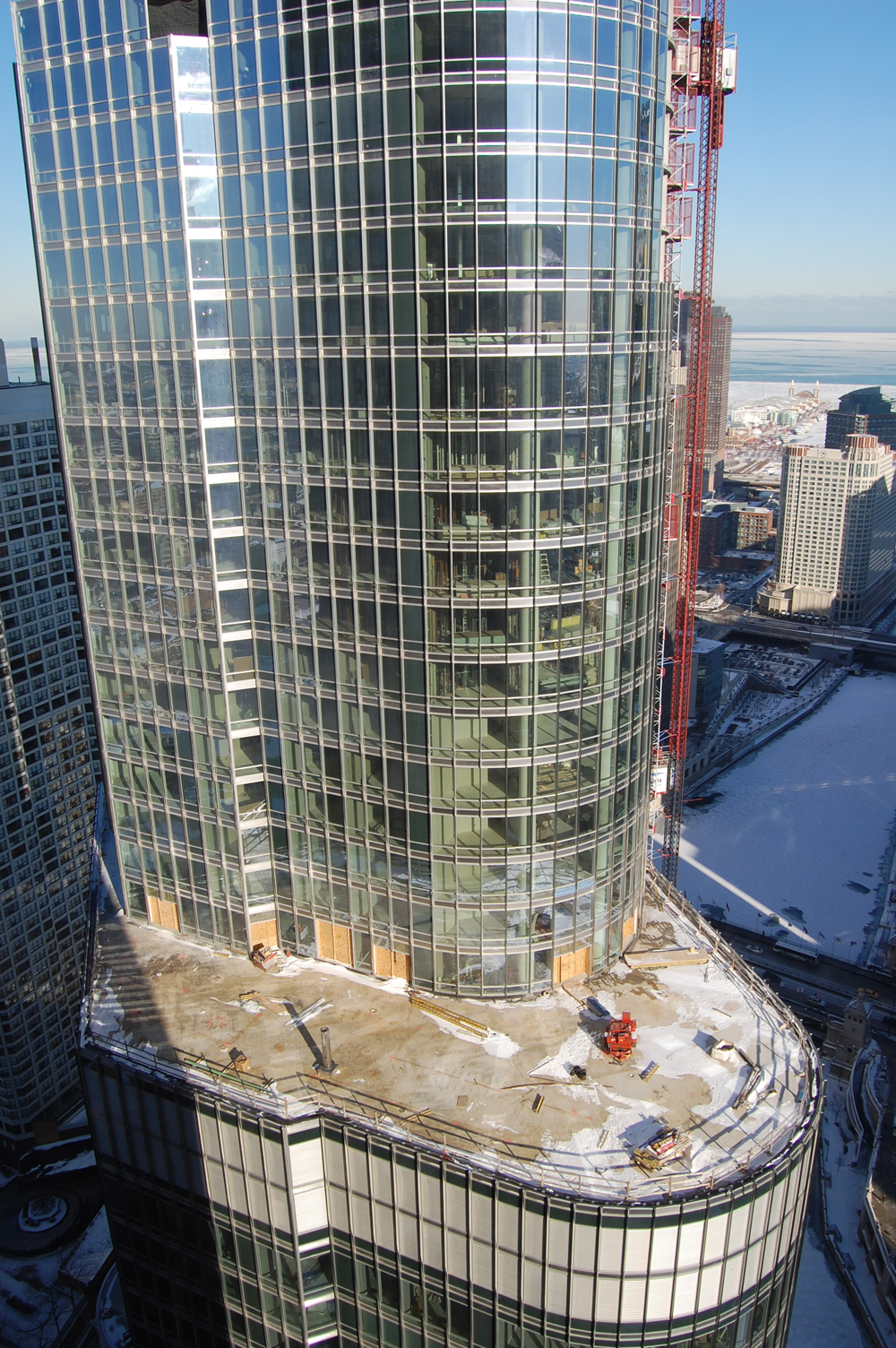 We still have a ways to go before we see a fully-formed, fully-functional Trump building, but we’re starting to hear reports about the views and amenities that are (and are not) available for hotel patrons.

Trump is hoping to lure in patrons with a discounted rate of $325, and Jeffers says the experience is worth every penny, even if the construction noise left something to be desired.

Although guest rooms only fill floors 14 to 27, they still provide some majestic views, thanks to each room’s 10-foot floor-to-ceiling windows. From my 21st-floor king guest room, I could see the “L” tracks stretching down Wabash Avenue over to Lake Michigan. That kind of panoramic view is on par with any other downtown hotel. (Note: Hotel officials knew of my visit, so that may explain the view. Still, we paid for everything.)

Inside, the room is devoid of the excess one expects from the Trump brand, with the exception of daughter Ivanka Trump’s jewelry catalog in the magazine rack, complete with order form. (Two words: Tack. Key.)

Many of the amenities Trump has touted to potential buyers are still under construction or running with limited service. Sixteen, the tower’s 16th-floor restaurant, just opened, but its outdoor terrace won’t be ready until summer 2009. The building’s spa and night club are slated to open in mid-March, Jeffers says.

Approximately 75 percent of those units had sold as of late January.

Newer Post
Quote of the day: This is what TIF funds are for
Older Post
Ripped from the headlines: Mayor seeks property-tax relief