Trump looks down on the Ritz-Carlton 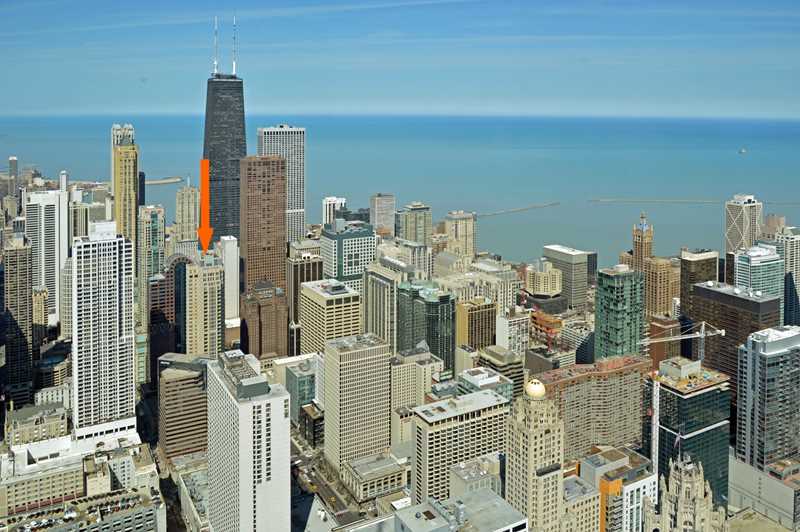 The headline describes the above view, shot from the 74th floor of Trump Tower, of the Ritz-Carlton Residences at 118 E Erie St.

The headline also calls to mind an exchange between the Donald and the Ritz sales team from August of 2006. The contretemps came in response to a report that Q2 2006 sales prices at the Ritz ($1,076 a square foot) were higher than those at Trump ($1,040 a square foot). A Crain’s report led with a quote from Trump:

Mr. Trump disputed the numbers at first, then said they were “essentially the same.” Then he shifted into sales mode.

“That just shows what a great bargain people get to be in a better building in a better location,” he said, repeating the statement in case a reporter didn’t hear it the first time.
…
James Kinney, president of Chicago’s Rubloff Residential Properties, which is marketing the Ritz project, said: “If you’re buying brands, do you buy Ritz or buy Trump? I think you buy Ritz.”

The Ritz launched its sales effort in February of 2006. Sales at Trump began in September of 2003.

Newer Post
Bucktown contemporary with dramatic bay windows
Older Post
How close to an expressway is too close?