Yesterday we reported that The Donald was keeping the $28 million penthouse at Trump International Hotel & Tower for his Chicago pad. The Chicago Sun-Times saw the news and got an interview with the man himself. Construction on Trump is well underway and roughly 77 percent of the units have been sold, according to The Donald, but he still seems a little snippy about the planned Fordham Spire, which at 115 stories, would be taller than the 89-story Trump Tower (and every other building in North America). “Any bank that finances that deserves to lose money,” Trump told columnist David Roeder. 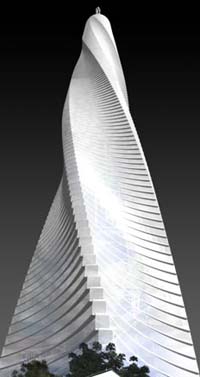 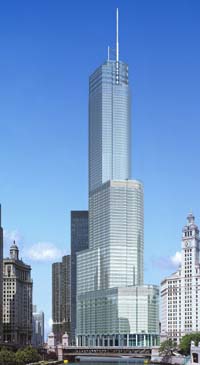