A tale of two graystones on North Lakewood 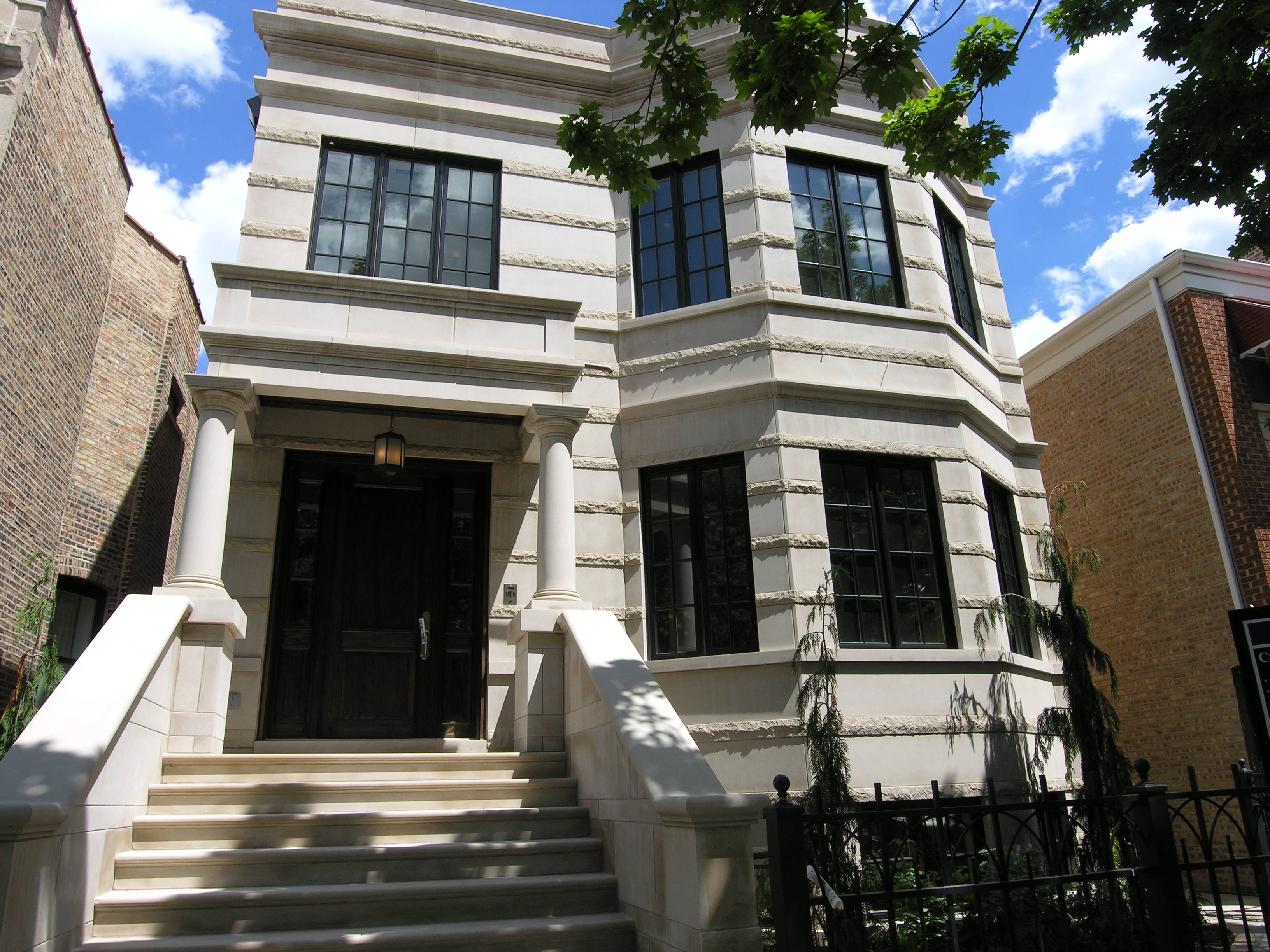 They just don’t make ’em like that anymore – except they sorta did at 3733 N Lakewood Ave (pictured left above). At a quick glance this single-family might look like the spiffy rehab of a turn-of-the-century graystone, 100 years of city grime removed, new windows installed, etc.

In fact, this is ground-up, brand-spanking-new construction by Mangan Builders, Inc. The 6,500-square-foot imitation graystone has six bedrooms and seven baths. Features include an exercise room, media room, wine cellar, city room with rooftop terrace, and three-car garage. Mangan has the home listed for $3.15 million.

Next door, at 3757 N Lakewood Ave, you can get the real thing for $1.4 million less (keep in mind that the real thing is about a century old). The graystone north of Mangan’s new house was built in 1908 and has been renovated. It has five bedrooms and 3.5 baths. Features include walnut flooring, stone baths, nine-foot ceiling heights, a wet bar / wine cellar and a two-car garage.

No one builds real graystones anymore because the construction costs would be prohibitive – even this fair likeness is clocking in at more than $3 million. And we’re not even sure if those horizontal bands are real limestone accents (your true graystone has a limestone facade) or just more good imitations.