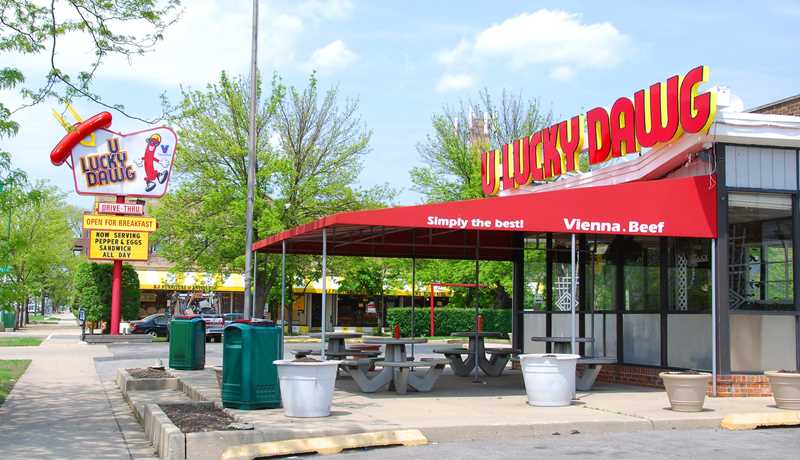 For many Chicagoans there’s no piece of ground more sacred than the one that hosts their favorite hot dog stand.

U Lucky Dawg, 6821 N Western Ave, closed not long after I took the above photo in July of 2008, and only several years after changing its name from Fluky’s.

According to Crain’s Chicago Real Estate Daily, the site will become a mosque, thereby remaining sacred ground. Plans call for keeping the building’s exterior as is.

Crain’s reports, without comment and without mentioning the strong presence of another religion in West Rogers Park, that community opposition to the mosque was mainly due to the property’s being removed from the tax rolls. The 2010 property tax on the parcel was in excess of $13,000.

The sale of the property, which reportedly closed May 3, has yet to be reflected in the online database at the Cook County Recorder’s office.

There’s a long tradition in Chicago of using religious institutions to warehouse commercial property off the property tax rolls, especially during downturns in the real estate market.