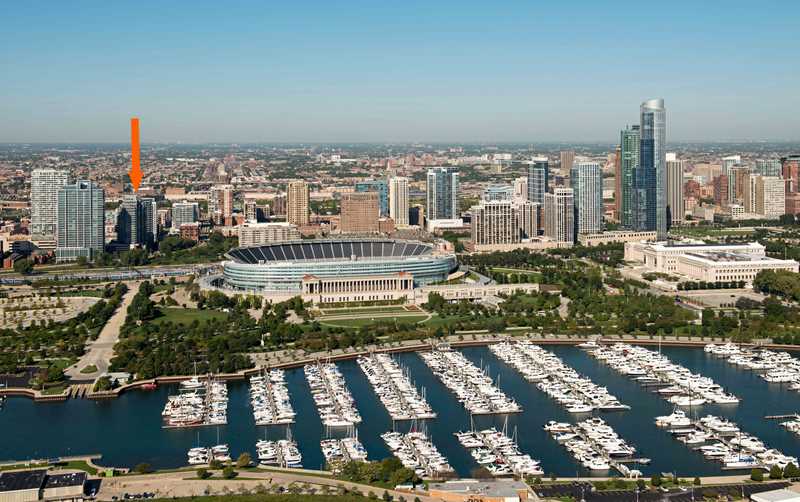 Asking prices on resale units at Prairie Pointe, 1600 S Prairie Ave in the South Loop, range from under $200 to nearly $400 per square foot.

The low end of the per square foot price range is close to the average price at which 13 units in the building sold at auction in March of 2010.

Some of the current price differential appears to be based on unit type, some on views, and some on finishes. Some of it may be based in whimsy, or wishful thinking, or the broker’s competence and experience, although it’s impossible to say without having been inside all of the units and having studied the pricing in depth.

As the spring market approaches, following years of downward pricing pressure that may have ended and given sellers some hope, it’s important for buyers to work with an experienced broker who understands the elements that lend value to the units in a building relative to each other and to competing units in other buildings. Don’t buy into the notion that brokers can be expert in dozens of Chicago neighborhoods and suburbs. It’s a fiction that can prove costly.

Side note – is that rumored penthouse party pad still active at Prairie Pointe?