Update: construction on El Pacifico to begin in August 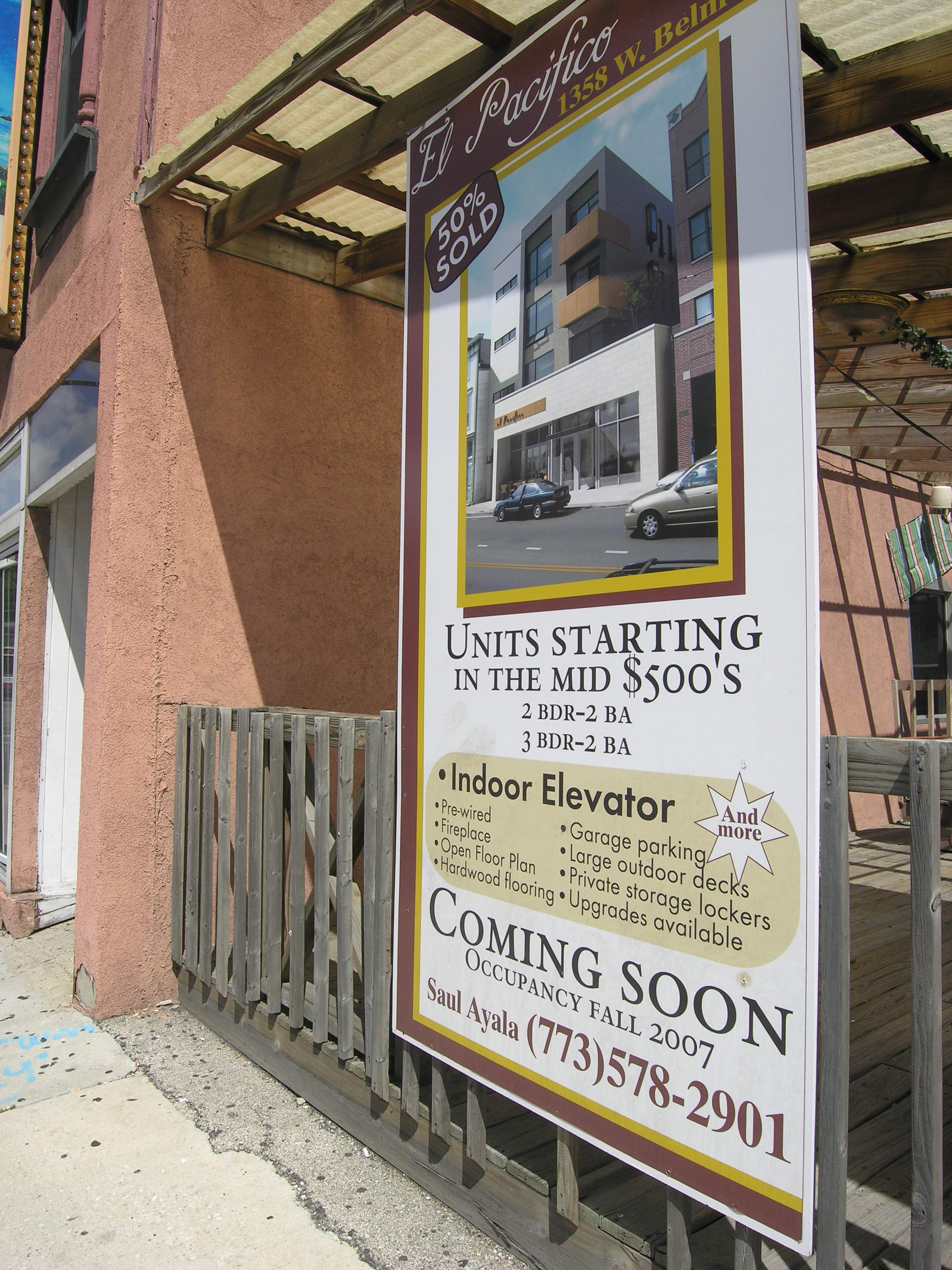 Enchilada lovers, worry not: construction on El Pacifico condos is scheduled to begin in August.

We posted earlier today about the development, planned for 1358 W Belmont Ave, the site of El Pacifico Restaurant. The site sign, which advertises fall occupancy for a condo project that’s “50 percent sold,” made us pause since we saw no sign of anyone putting the breaks on burrito production, much less demolishing the old building to start the new.

Saul Ayala, Jr, son of the building’s owner, set us straight. Construction was stalled, he said, because securing a loan took longer than expected. The Ayalas are re-applying for building permits and expect construction to start in two weeks to a month, he says.

Plans call for six new condos above ground-floor commercial that will house a new El Pacifico Restaurant. Two of the condos have sold, according to Ayala (by our math, that’s more like a third of the units than the half the sign claims, but why quibble?). Prices start in the $480s, and the units will have two or three bedrooms, two baths and 1,250 to 1,450 square feet.

Three of the rear condos will have 14-by-8-foot balconies, according to Ayala. He expects deliveries within eight months to a year of the construction start.