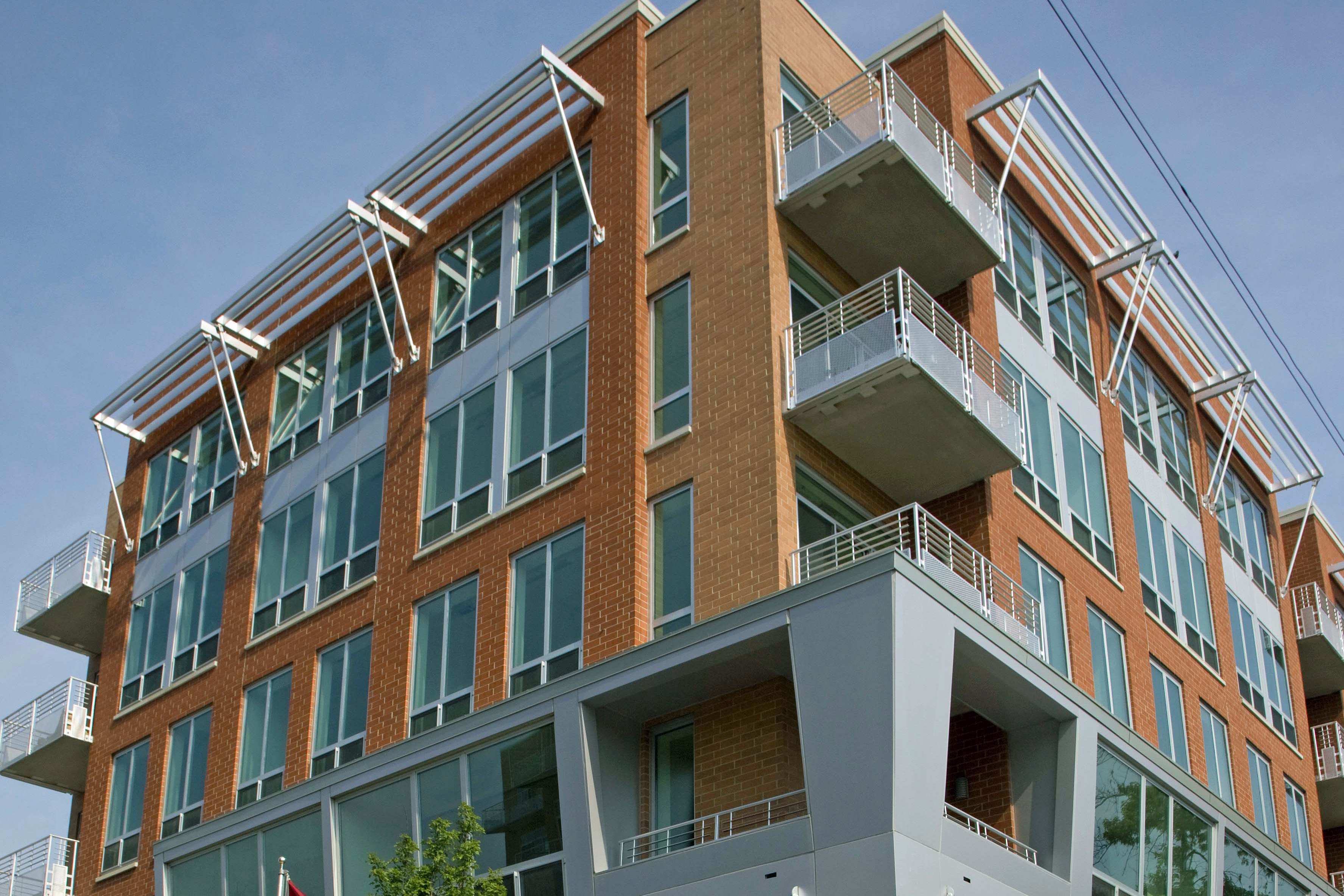 The developers of the Rainbo Village condominiums at 4814 – 4850 N Clark St in Uptown face another foreclosure lawsuit, this time in the amount of $24.2 million, according to Crain’s.

Metropolitan Development Enterprises failed to pay off a $27-million construction loan from AmTrust Bank by last summer, according to a complaint filed last month in Cook County Circuit Court, Crain’s reports. The suit names as defendants several contractors who have liens against the development, including architecture firm Pappageorge / Haymes.

Metropolitan settled a 2004 foreclosure lawsuit from a previous lender prior to construction, the story says.

Although Metropolitan built two mid-rises comprising 88 units, Rainbo Village’s Jameson Real Estate sales team has focused on selling just 14 one- and two-bedroom homes — branded the “Kinetic Condos of Rainbo Village” — located inside one of those buildings, at prices ranging from the $220s to the $420s. Earlier plans for Rainbo Village included a row of townhouses immediately to the west of the mid-rises, but that phase was on hold indefinitely as of mid-October.