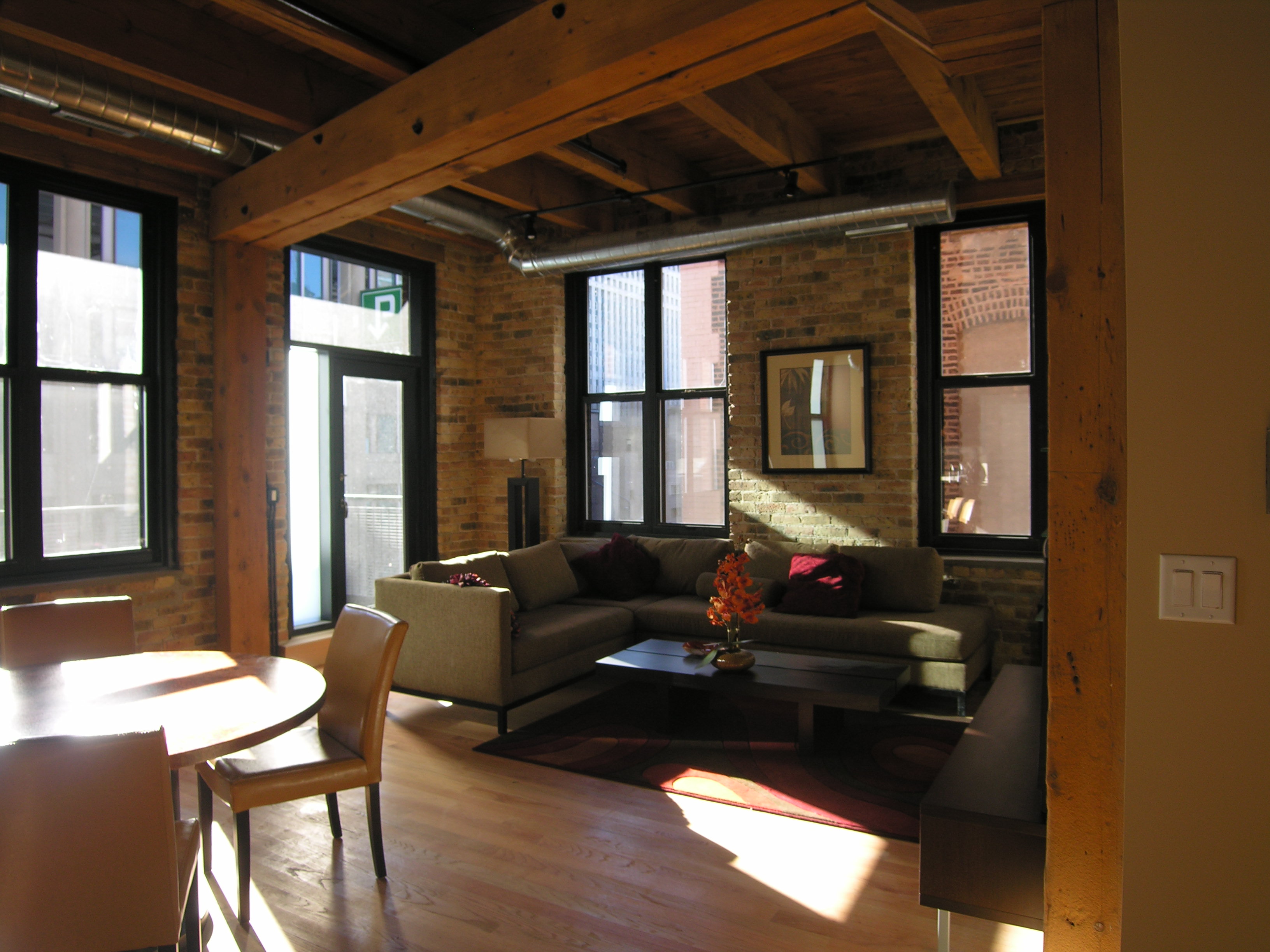 I’ll confess a soft spot for old-school timber lofts, so I was curious to check out 154 Lofts on West Hubbard, Foxford Development’s conversion of a six-story brick building that began its life in 1916 as a printing company. The wood beam / exposed brick combo didn’t disappoint, and for the most part the interiors, laid out by Studio Dwell Architects, had a comfortable, rational flow.

The building holds 18 lofts and one commercial space, now occupied by Hafele, a German company that manufactures knobs, hinges and other hardware. The six larger units, located on the fifth and sixth floors, have media rooms – a Studio Dwell staple, according to sales agent Mike Battista, of Jameson Realty Group.

Other features include Copat cabinetry in varying styles, 12- to 14-foot ceiling heights, some nice big closets and wrought iron balconies. These are a respectable five by 16 feet, but they pale in comparison with the rooftop decks, which come with the three sixth-floor units.

Prices on the remaining seven units, which range from the $540s to $1.1 million, include one parking space in a heated garage, according to Battista. 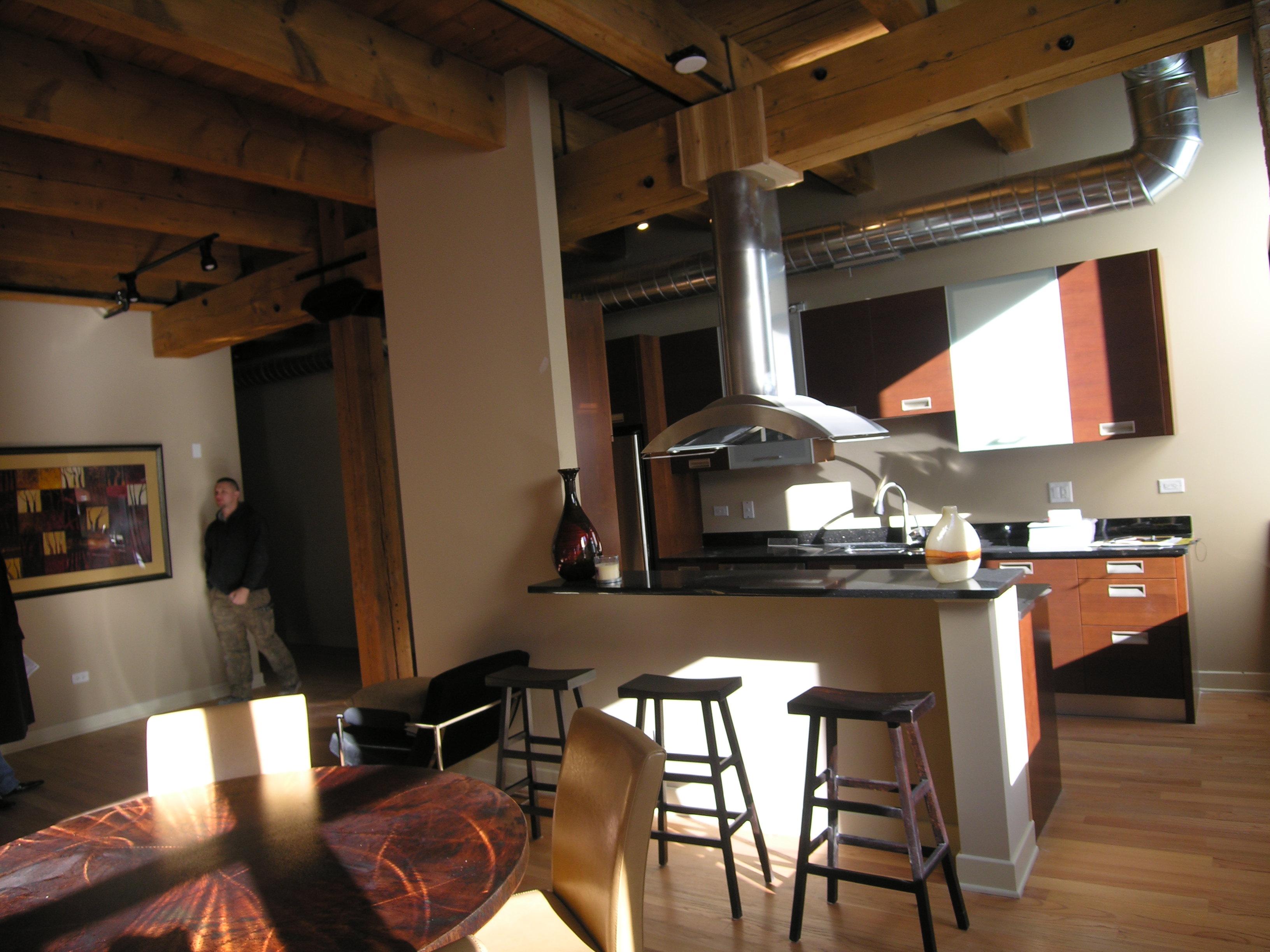 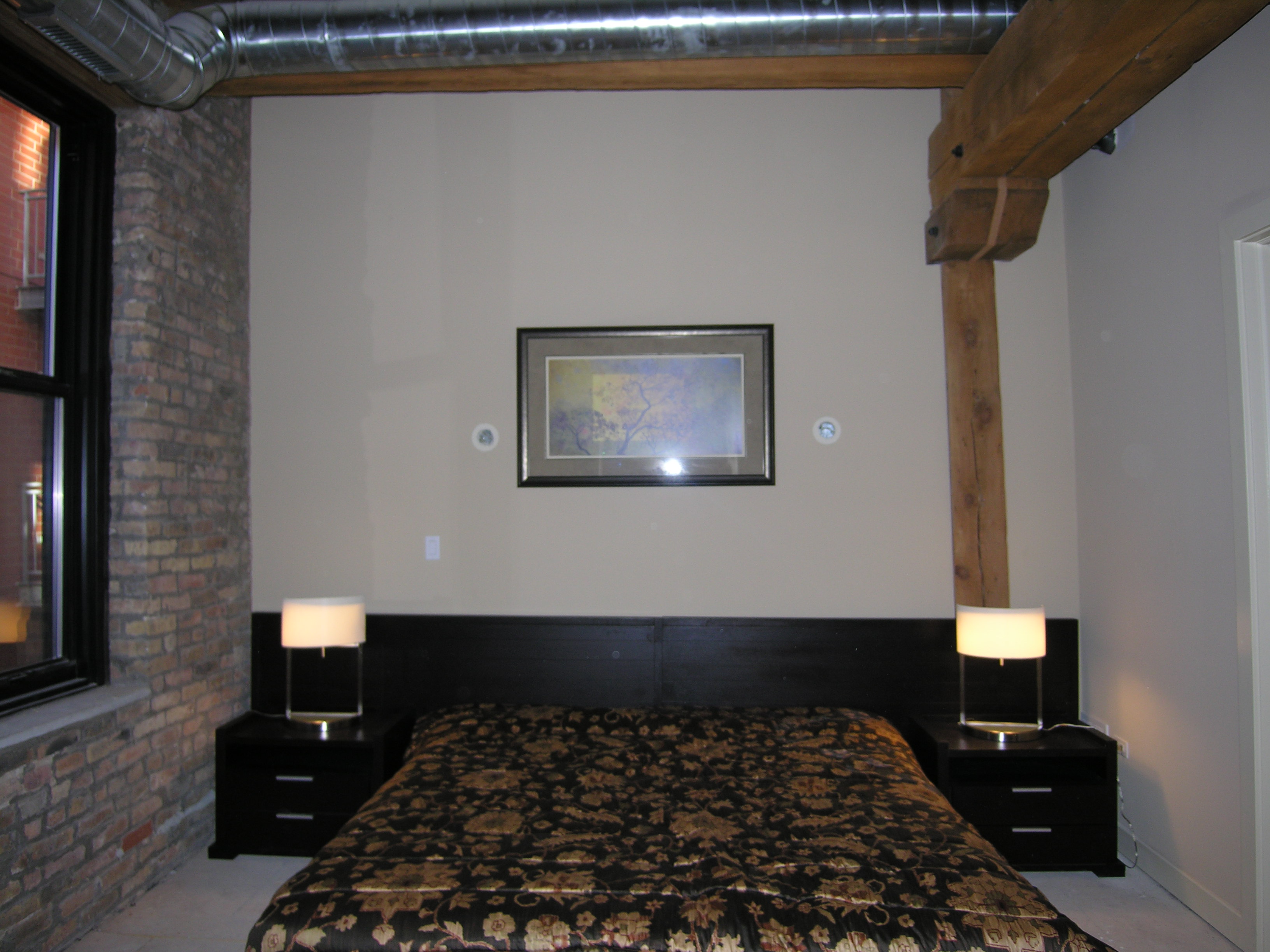 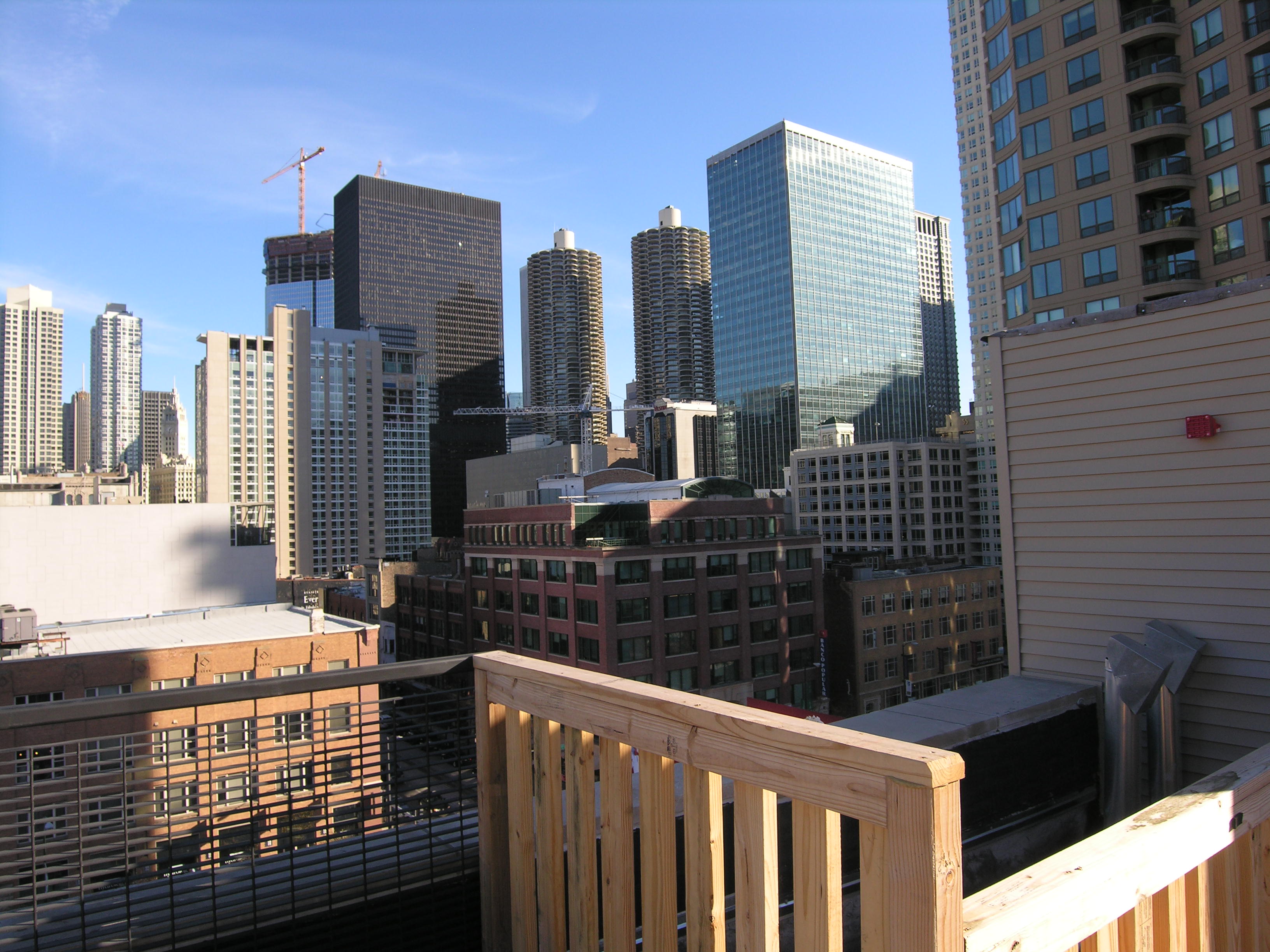