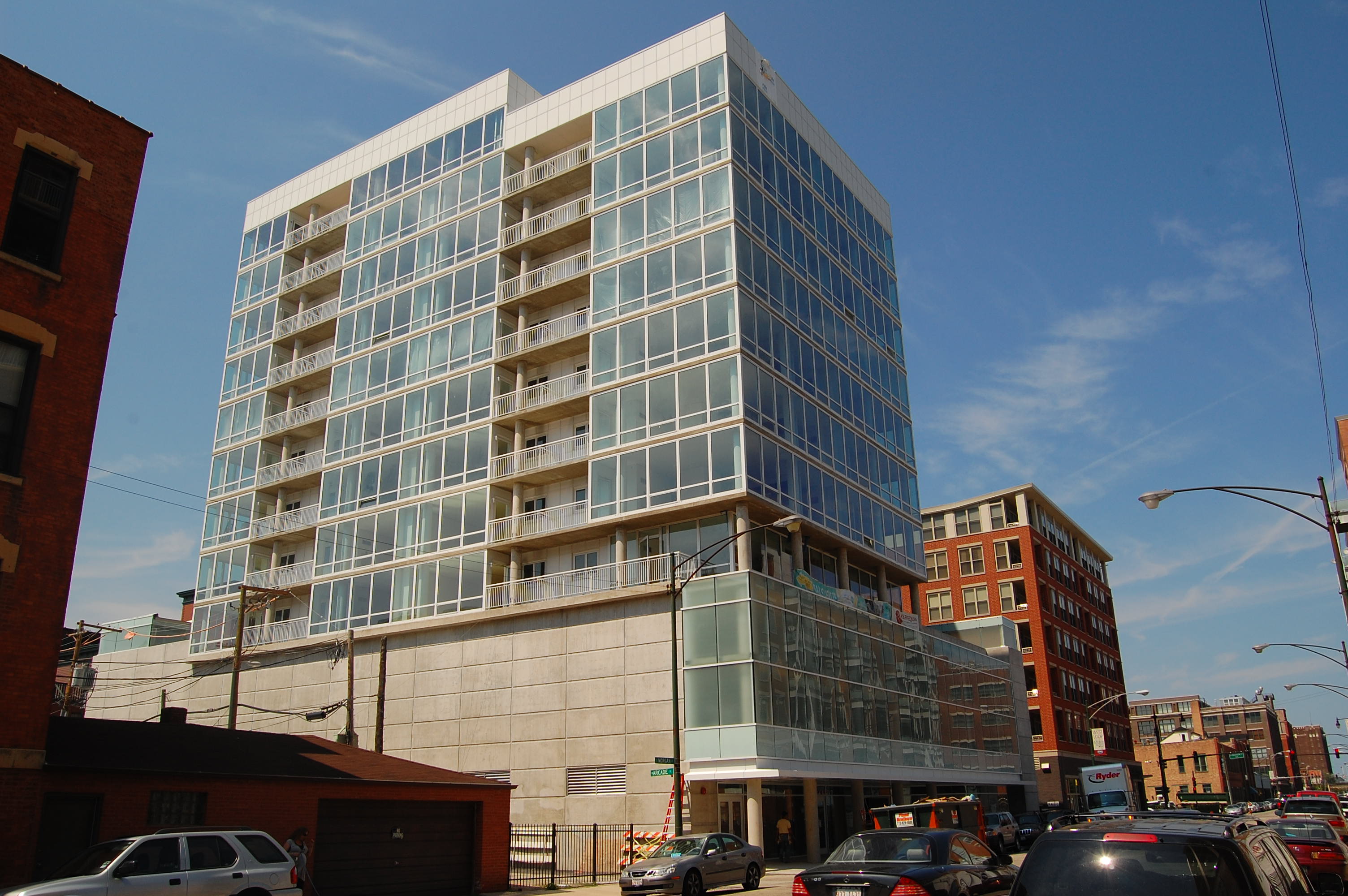 Back in December of 2009 we took a retrospective look at our coverage of Pure, a much-discussed failed condo turned rental at 24 S Morgan in the West Loop.

Since that time a grand jury indicted the building’s developers for running a Ponzi scheme that burned banks and investors to the tune of more than $40 million.

Crain’s Chicago Real Estate Daily reported yesterday that new investors have purchased 66 unsold units at Pure and, in separate transactions bought back 3 of the 4 condo units that had been owned by individuals. The new owners plan to build out five unfinished units in the 75-unit project, which also includes commercial space.

We had our first look at Pure just over six years ago, prior to construction, in the following video: