What's next for Franklin Point? 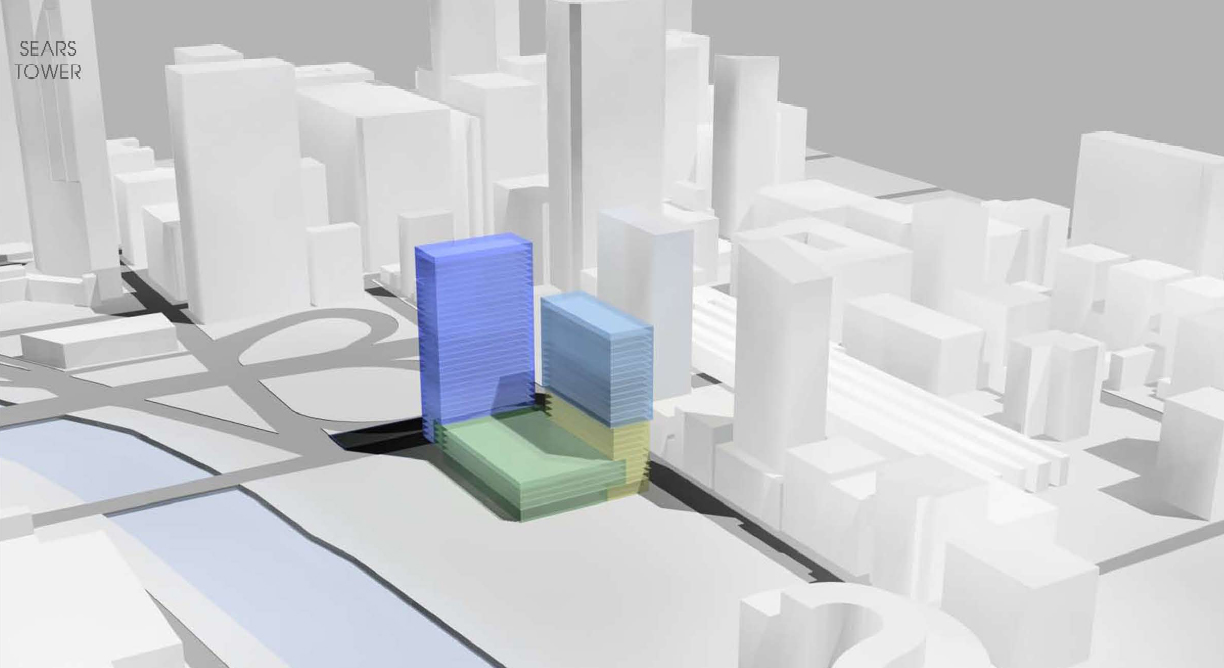 Crain’s and the Sun-Times have both reported in recent days on Russland Capital Group’s decision to sell off its six-acre share of Franklin Point, former site of Grand Central Station in the South Loop.

That announcement, combined with Chieftain Group‘s decision not to purchase and develop a separate tract at Franklin Point’s northeast corner (the intersection of Harrison and Wells streets), means there are eight acres near the heart of downtown for which no one seems to have any plans.

Chieftain had gone as far as to reveal its plan for the corner parcel: Grand Central (above), a dual high-rise development with 250 condominiums, 200 hotel rooms, and 200 apartments, all designed by Brininstool & Lynch. (Earlier proposals for the land included a huge base of operations for Harris Bank.) Chieftain backed out of its purchase last spring, however, and current owner D2 Realty is not actively marketing the land or pursuing any development plans of its own for the property, says D2 principal David Kleiman.

As recently as last summer, Russland principals Jacob Bletnitsky and Alex Vaisman were taking a wait-and-see approach to their part of Franklin Point, saying that they had no specific plans for the land and that much would depend on the fate of the 2016 Olympics bid. “We decided that we don’t want to sit on it,” Bletnitsky told Crain’s last week, a choice perhaps spurred on by the $2 million annual costs of carrying the property.

Any thoughts on what the near future holds for Franklin Point? Will this be one of the first sites to see activity once the market improves? And what would you want to see there?