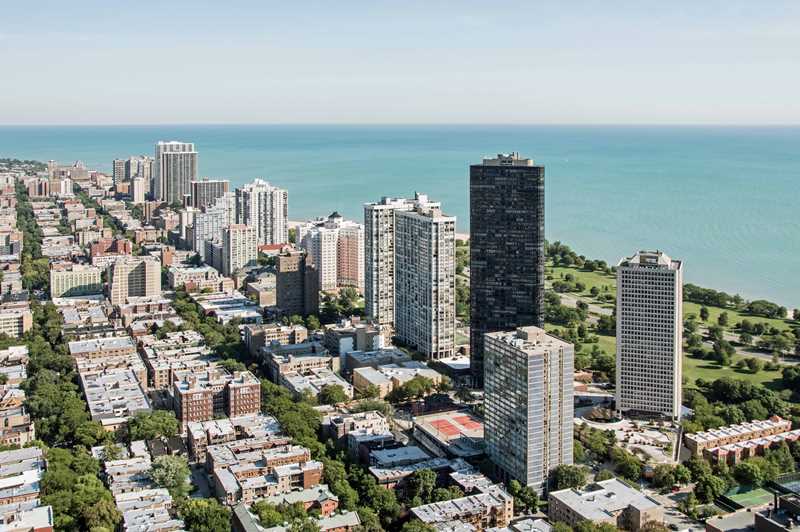 There are (at least) two condo buildings named Park Tower in Chicago, one at 800 N Michigan Ave and the other at 5415 N Sheridan Rd in Edgewater. We’re talking about the latter building here.

The triangular, Miesian ParkTower soars 54 stories and encompasses 744 condo units. The building was designed by Solomon Cordwell Buenz and opened as a rental in 1973. It converted to condos in 1979. At more than 500 feet, it’s the tallest building in the city north of Irving Park Rd.

A website about the building alleges a variety of irregularities and illegalities in how it’s being run by its current Board of Directors. The condo association has sued and settled with one of its residents over a bedbug infestation, and has been the site of a fatal fire and another that resulted in two people being hospitalized. There have been a number of short sales and foreclosures in the building, and half a dozen units have been purchased to house residents with mental disabilities.

Should any of this be a concern to potential buyers, or is all much ado about not much?