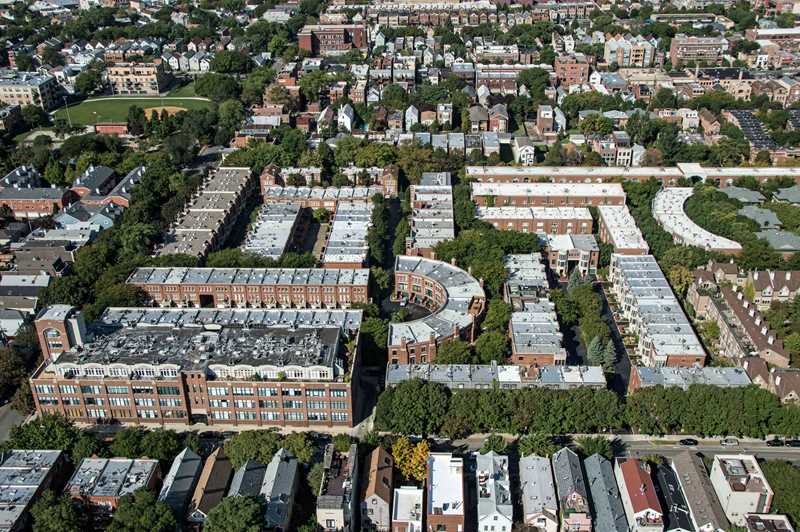 In the mid-1980s MCL Companies’ Dan McLean began the transformation of Lincoln Park‘s West DePaul neighborhood with the Lakewood Commons townhomes in the 2300 blocks of Lakewood and Wayne. Prices at the time ranged from the $140s to the $160s – roughly a third to a quarter of what they currently fetch.

Lakewood Commons was built on a site that had formerly housed Lincoln Towing, a company immortalized by Steve Goodman as the Lincoln Park Pirates.

Lakewood Commons sold rapidly, but when McLean announced the Embassy Club, a development with rowhouses and single-family homes priced from $250,000 to $700,000, there was great skepticism about whether the area would support upscale housing in that price range. More than two decades on, there’s no doubt about the location’s affluent character. 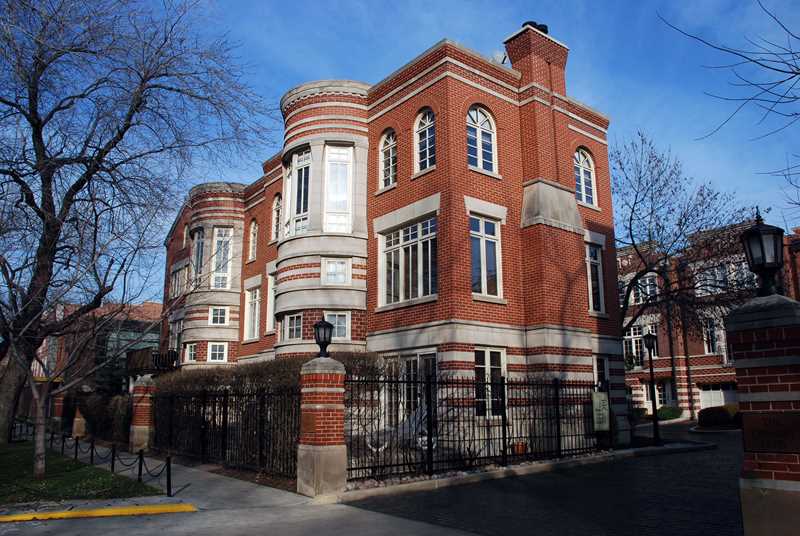 The Embassy Club was patterned after 18th and 19th century London residences and built on a 7-acre site north of Wrightwood between Southport and Greenview. The developer was Dan McLean’s MCL Companies. The site planner and principal architect was Pappageorge Haymes. Roy Kruse was the architect for the Embassy Club loft building.

The Embassy Club extended the accepted mid-80s boundaries for luxury housing in Lincoln Park deep into west DePaul. It set new standards in masonry construction and harmonious yet varied architecture. Most important, it stopped in its tracks the tendency of fringe-area Lincoln Park developers to build walled fortresses that disrespected and disrupted the urban fabric. It’s difficult to overestimate the Embassy Club’s influence on subsequent developments in the area.

In the video, Dan McLean talks about how he came to build sizable developments that were open to the street and to pedestrian through traffic.

In the above aerial photo you can also see the southern portion of Park Lane, a development that was contemporaneous with the Embassy Club and built by Howard Robinson, who was also a bit of a Lincoln Park pirate.

Tamerlane, also visible in the aerial, was built by the Belgravia Group in the early 90s.

Belgravia, one of our sponsors, is currently marketing 14 new luxury rowhomes, priced just under $1 million, at Montana Row. The development is just south of Wrightwood Park, which is visible at the upper left of the aerial photo. I recently visited the development in the above video, and visited the park at 1:58 in the following video.