Wolf Point occupies such a prominent site on the Chicago River that there’s no shortage of good vantage points from which to view the progress of construction on the first of the three towers planned for the site.

A great deal of infrastructure work has been underway on the site for months, and construction is about to begin in earnest on the 50-story west tower which will contain 500 apartments. 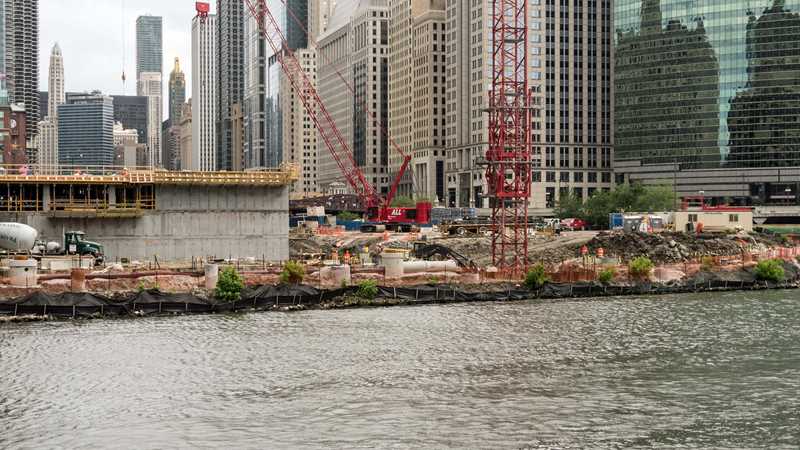 One of my favorite spots for watching the progress is on the west bank of the river, just east and south of the Fulton House condominium. It’s quiet, shaded and has a few benches, but the real draw is the view of the green glass tower that follows the river bend at 333 West Wacker. In 1995 it took first place in a poll of Chicago Tribune readers voting on their favorite building.

You can also follow the progress at Wolf Point from OxBlue’s construction cam.