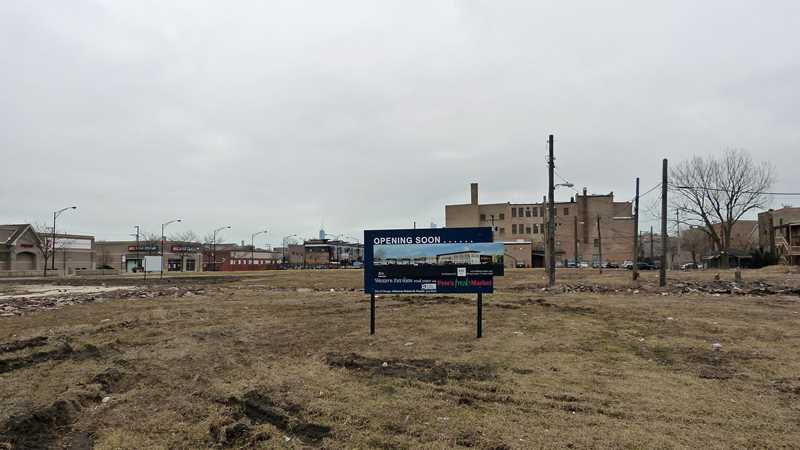 Pete’s Fresh Market had a ceremonial groundbreaking on a Near West Side site at the southeastern corner of Madison and Western several weeks ago, but it’s unclear when construction will actually begin. There was no sign of activity at the site yesterday, when the above photo was shot.

Five years ago a number of sizeable condo and townhome projects were underway in the immediate vicinity of Madison and Western. We covered almost all of them at the time, including Adams Place, which we wrote about almost five years ago today. 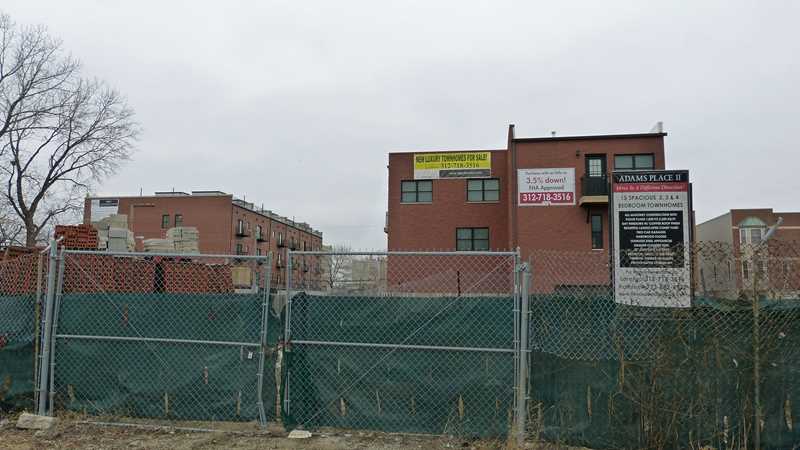 The first phase of Adams Place, 30 townhome units, was completed and sold by 2005. At the time of our visit 9 units remained unbuilt and available for sale in the 13-unit Phase II, which ambiguously invited people to “Move In A Different Direction!” Apparently they did just that, based on the way the site looked yesterday.

One of the Phase II units is currently in contract pending status as a short sale listed for $253,500. It was purchased in May of 2007 for $475,000. If it closes at the listed price, the owner will achieve a better result than many of his neighbors in nearby developments.

Will Pete’s Fresh Market and additional retail development at Madison and Western make a difference in area property values? It should, in theory, have a major impact.