Yet more apartments headed for Streeterville? 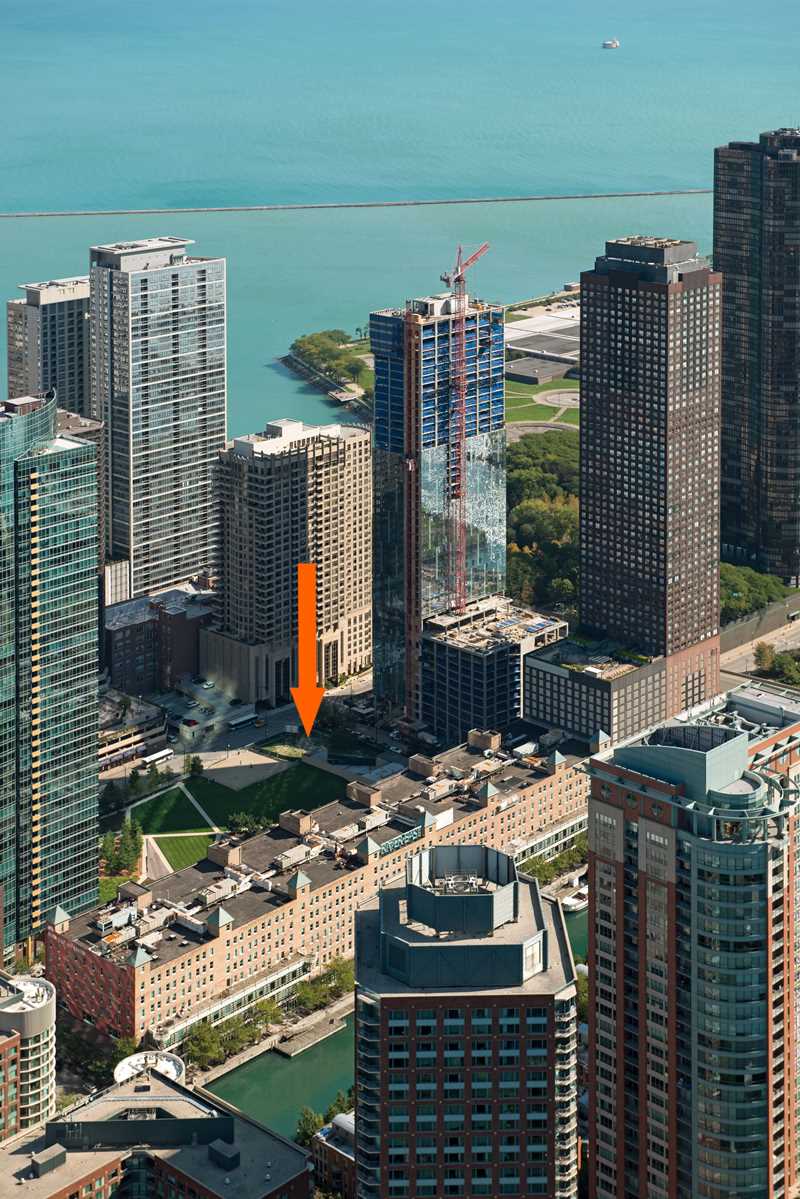 Crain’s Chicago Real Estate Daily reported yesterday that a parcel of vacant land at Peshtigo Ct and Grand Ave and 704 parking stalls in an underground garage had been acquired in foreclosure and is currently listed for sale. The land, which was originally slated by MCL Companies for Phase II of the ParkView Condominium, 505 N McClurg Ct, was previously zoned for 232 residential units.

Ten days ago came news that the adjacent River East Plaza had been acquired by developer William O’Kane, who planned to convert it to loft apartments.

Back in December of 2008 MCL Companies’ Dan McLean talked about the underground garage, which is topped by a 75,000 square foot park which functions, in effect, as the largest green roof in Chicago. McLean suggested that the marketing of ParkView’s Phase II would begin in 2009.

Newer Post
Is an upscale food market a renter’s amenity of choice?
Older Post
An east-facing 2-bedroom on the 74th floor of Trump Tower