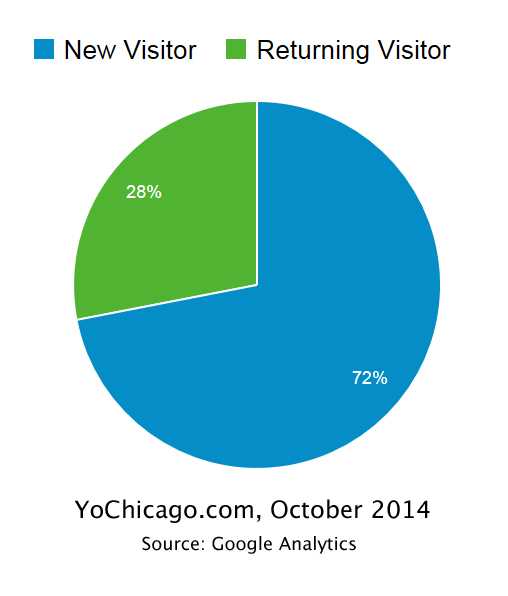 According to our server logs, YoChicago reached nearly 94,700 unique visitors in October. That’s a 10% decline from the more than 104,000 visitors we reached in July of this year, but a decline that’s less than the seasonal decline we’d seen in prior years.

Our October unique visitor count grew by 37% year-over-year, and our October reach was 86% greater than in October of 2012.

Seventy-two percent of our visitors last month were new to YoChicago, and nearly 75% of them found us via Google Search. We read those numbers as an indication that our content is reaching our target audience of people who are actively looking to rent or buy in the neighborhoods on which we focus, i.e. the lakefront and near-lakefront neighborhoods from the South Loop north to Rogers Park.

Our audience reach isn’t limited to the YoChicago website.