The Chatelaine is a 21-story, 77-unit vintage apartment building at 215 E Chestnut St in Streeterville.

The Chatelaine was built in 1928 and designed by the firm of R.F. France & Company. Roy France (pdf) is little remembered in Chicago. He moved to Miami where he “designed dozens of prominent Art Deco and Postwar Modern oceanfront hotels, virtually creating the Miami Beach skyline.” 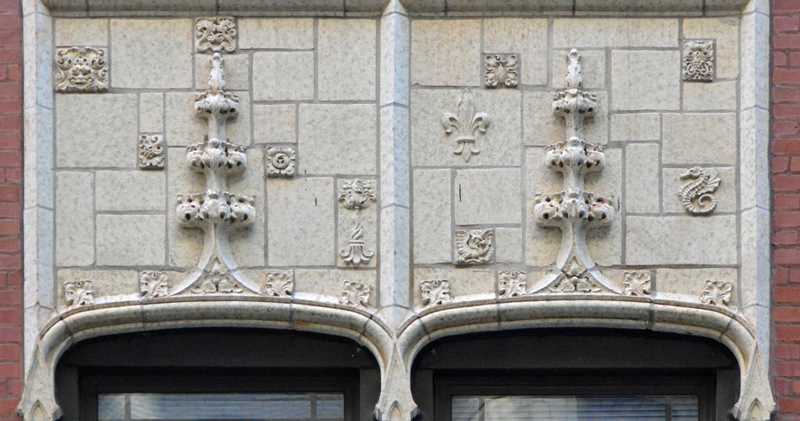 The Chatelaine is notable for the proliferation of terra cotta ornamentation on its façade. It appears as if the architect ordered everything in the manufacturer’s catalog and instructed that it be applied randomly.

The Chatelaine has only four 1- and 2-bedroom, 2-bath apartments per floor.

Near real-time availability information and floor plans are accessible online. 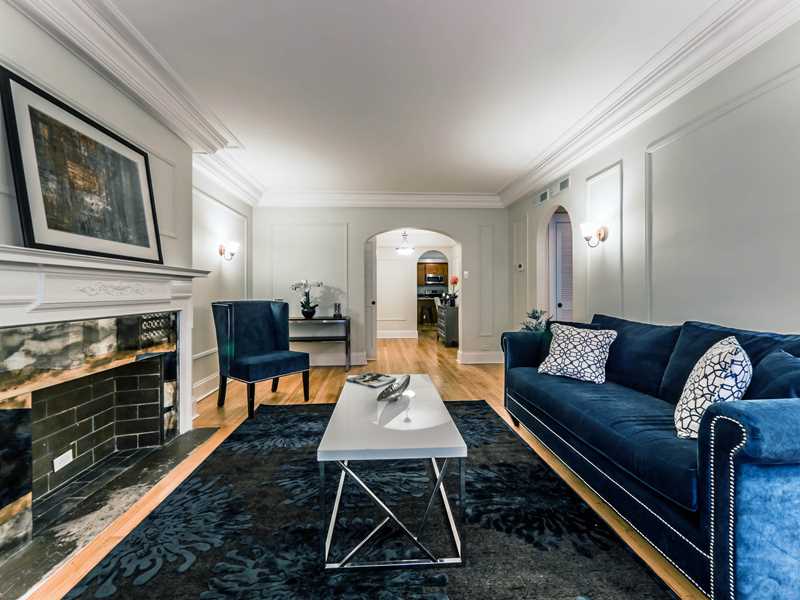 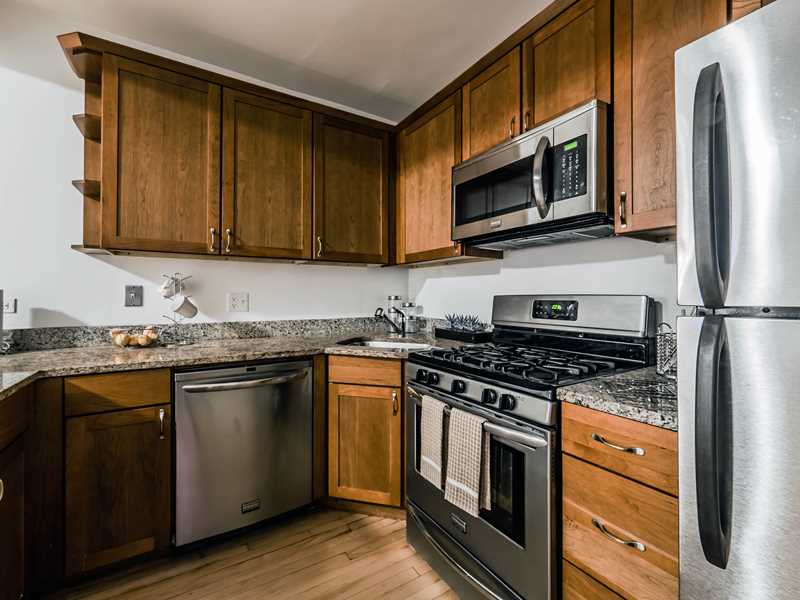 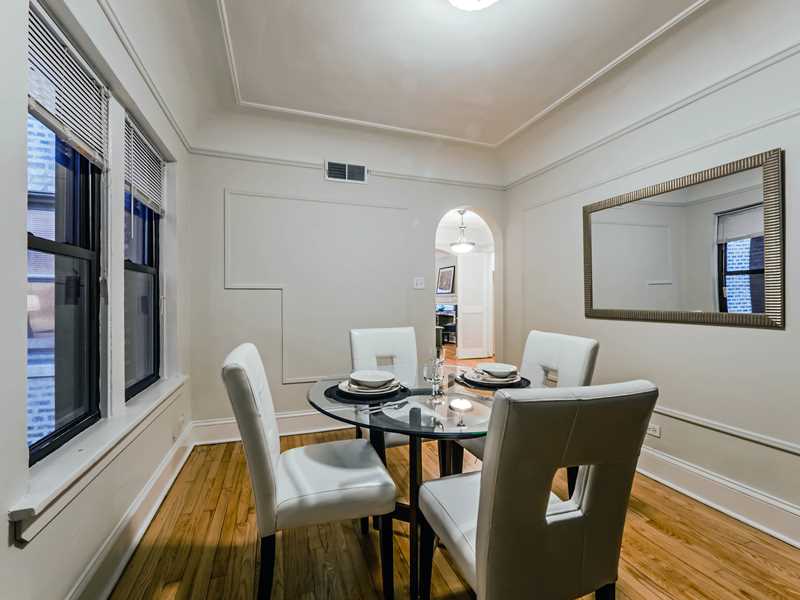 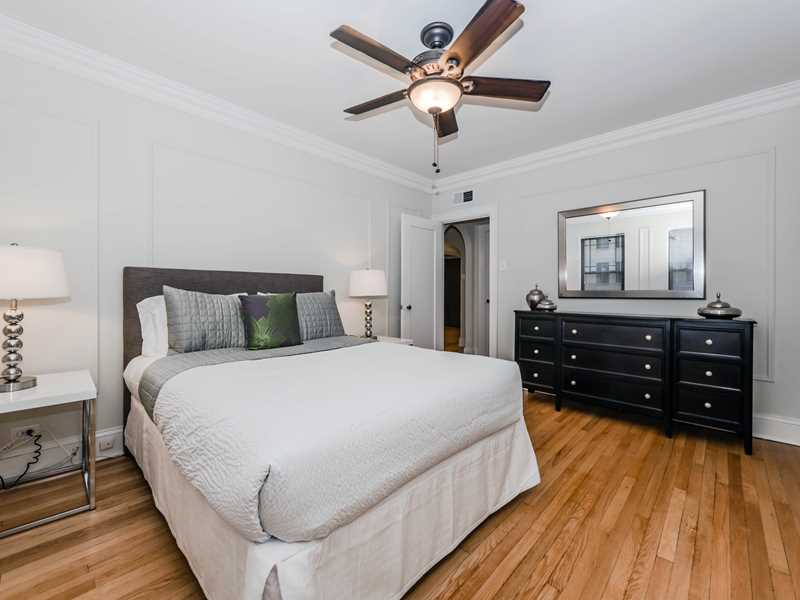 Two-bedroom units include two bathrooms with an en-suite in the master bedroom.

The Chatelaine has a 4-pipe heating and cooling system to maximum resident comfort during seasonal temperature changes.

Views. The Chatelaine is not a view building due to the area’s density and the height of neighboring buildings. 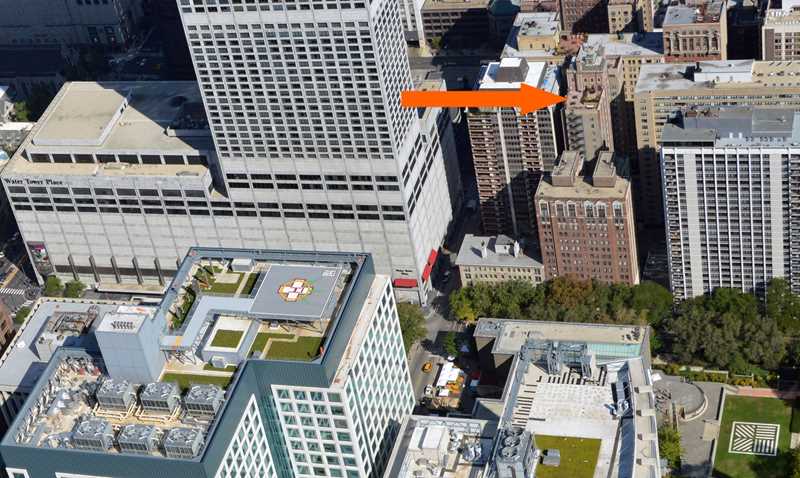 Building amenities include a rooftop sundeck with gas grills, a 24-hour fitness room and on-site laundry. 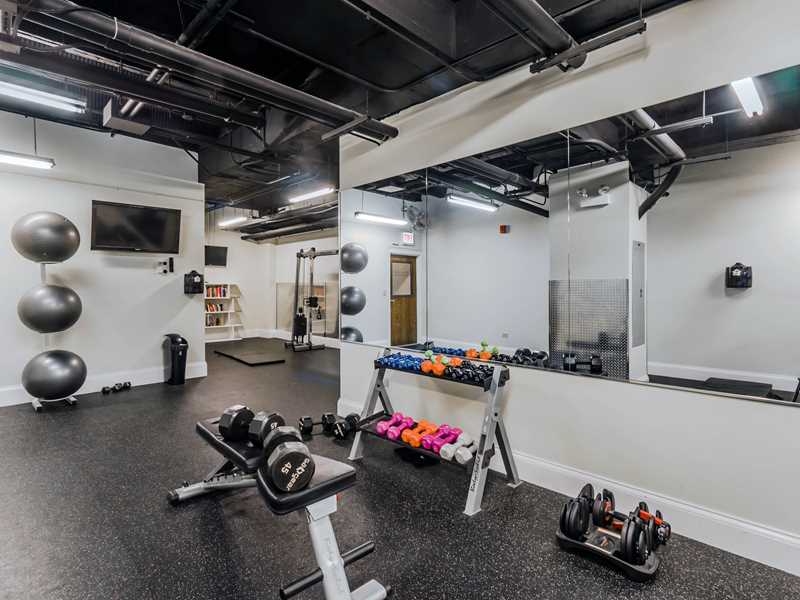 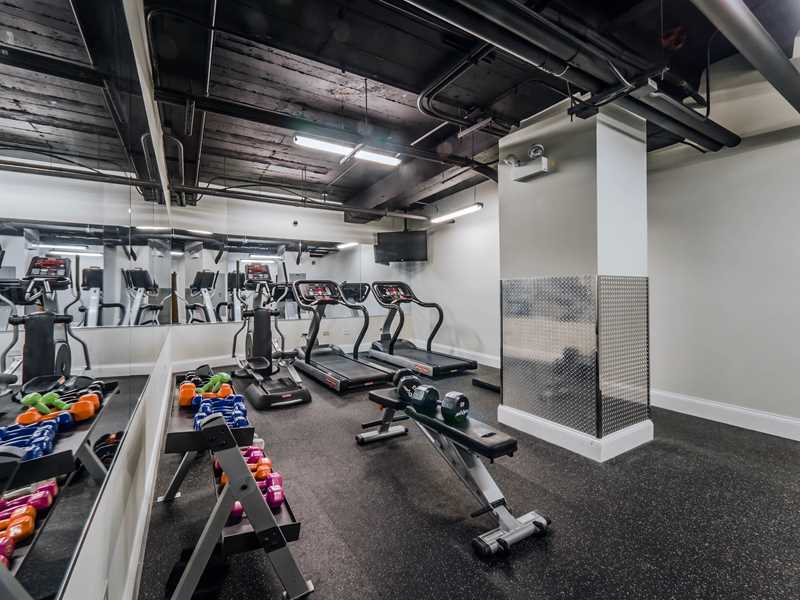 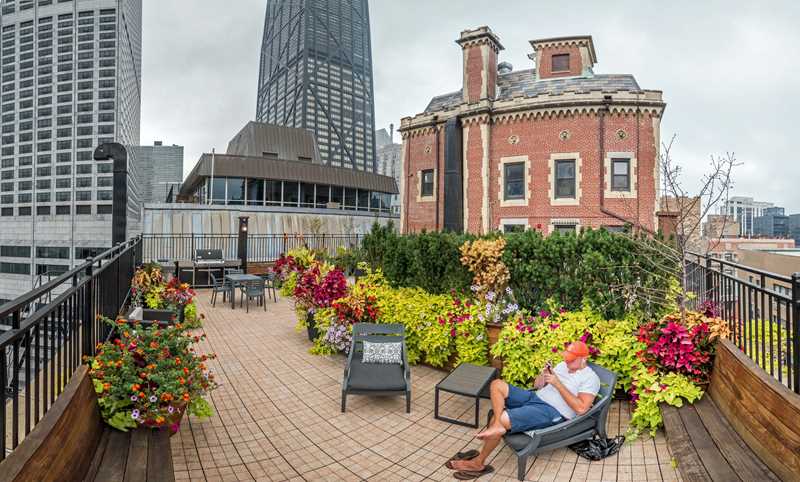 The Chatelaine has on-site management and maintenance, but does not have door staff. 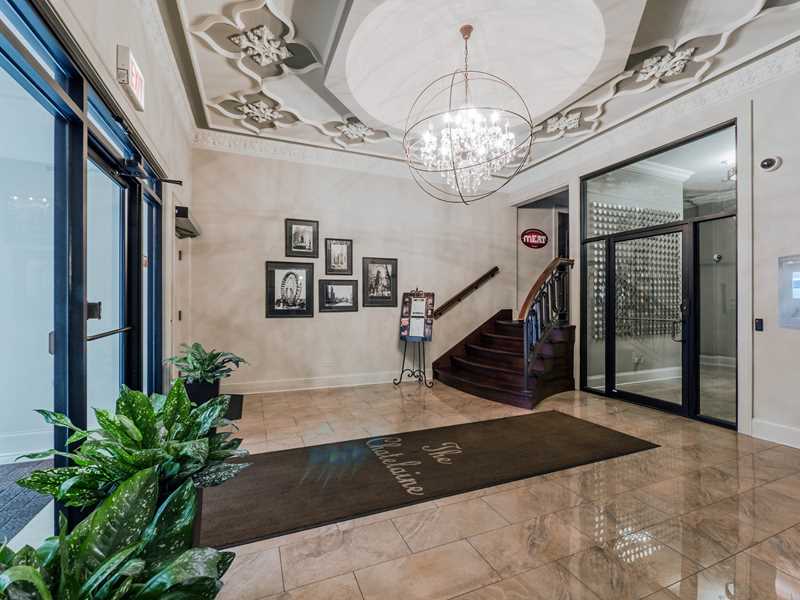 Cats and dogs are accepted. Parking is not available on-site. 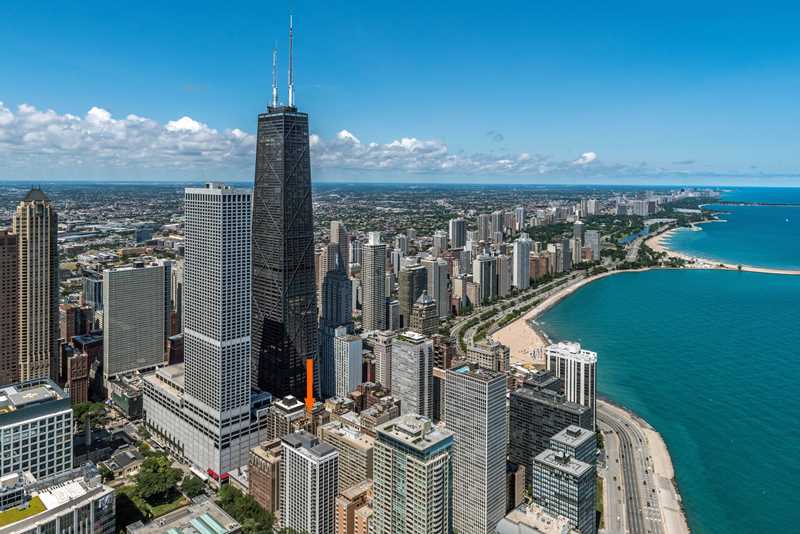 The Chatelaine is in the long-established north section of Streeterville, an area characterized by a rich architectural mix but dominated by high-rise buildings dating to the 1920s.

The Chatelaine is close to Loyola University’s Water Tower campus and Northwestern University’s downtown campus, and a short walk from Lurie Children’s and Prentice Women’s hospitals.

Shopping. The nearest full-service grocery stores, each about a half-dozen blocks from The Chatelaine, are Treasure Island, which bills itself as “America’s most European supermarket,” and Whole Foods.

Several delis and convenience stores are within a block or two of the building and East Delaware Pantry is around the corner. 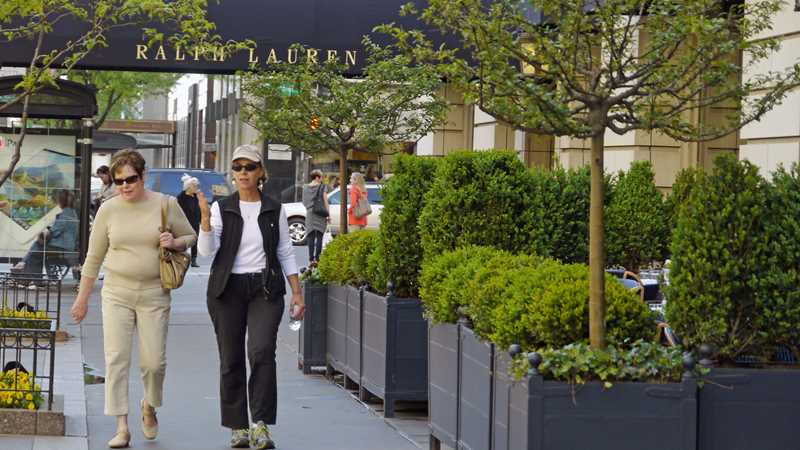 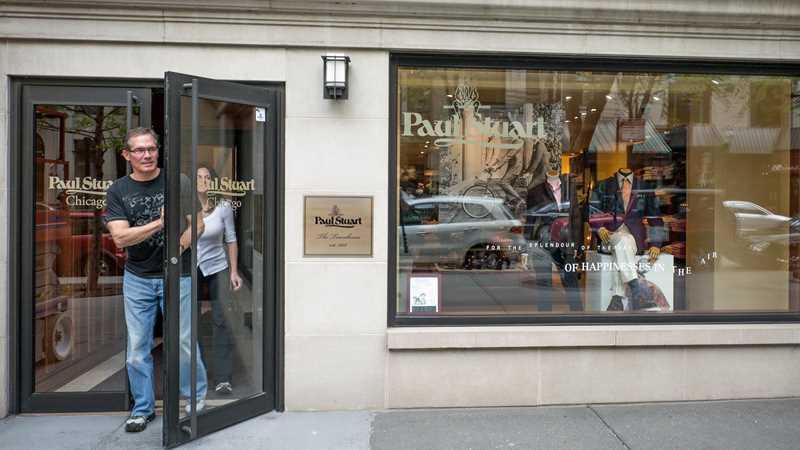 Michigan Avenue’s Magnificent Mile shops are a block west of The Chatelaine, and Oak Street boutiques are just beyond.

Dining, nightlife, entertainment. The Chatelaine is in a restaurant-dense environment, with something for almost every mood and palate. Much of the scene caters to hotel guests, office workers and tourists, but there’s also a plethora of neighborhood favorites.

La Grande Vie is in the building and Francesca’s is across the street. Pelago Ristorante is around the corner on Delaware.

Parks, recreation. A block south of The Chatelaine and just east of the Museum of Contemporary Art is Seneca Playlot Park, a tree-shrouded oasis that always seems to be flooded with small children enjoying two playground areas.

The Chatelaine is a few blocks from the popular Oak Street Beach. 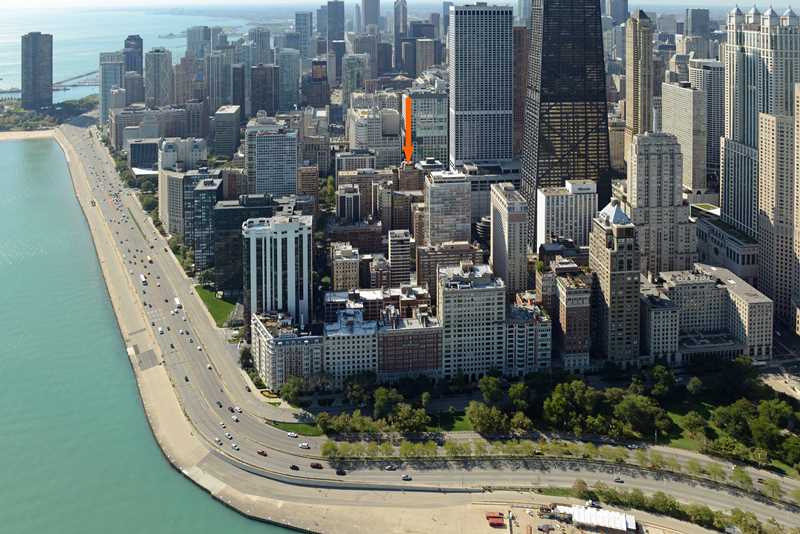 If you’ve lived at or visited The Chatelaine, and are not a real estate agent, add your thoughts in a comment. Comments are moderated, and commercial messages are not allowed.

A 2-bedroom, 2-bath at The Chatelaine

An updated 2-bedroom, 2-bath at The Chatelaine