Three new high-rises are planned for the iconic Wolf Point site where the Chicago River branches north and south.

The first tower, Wolf Point West, rises 48 stories to a 493-foot height on the west end of the site and houses 509 rental apartments. The building was topped out in summer 2015 and began first occupancies in January 2016.

The project is a joint venture between Magellan Development and Hines. The prime architect for the apartment tower is bKL Architecture. Pelli Clarke Pelli created the master plan for this mixed-use development. McHugh Construction is the general contractor. 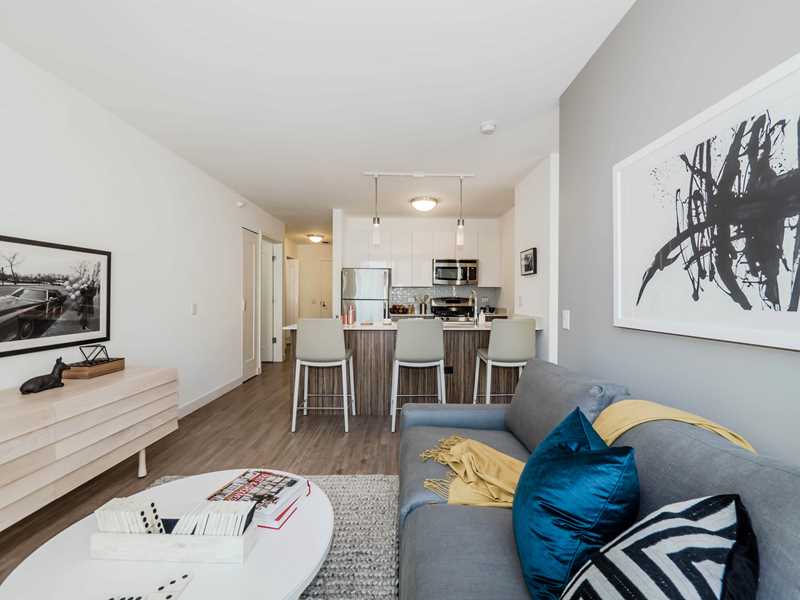 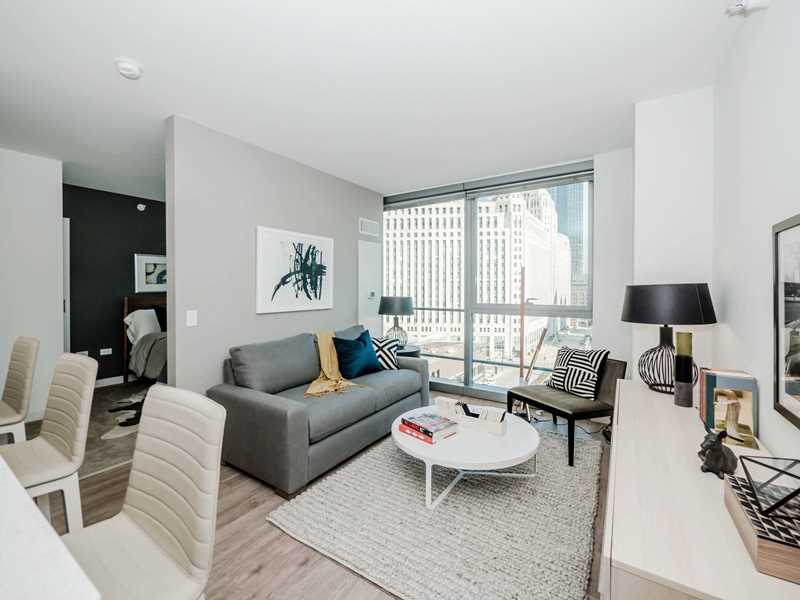 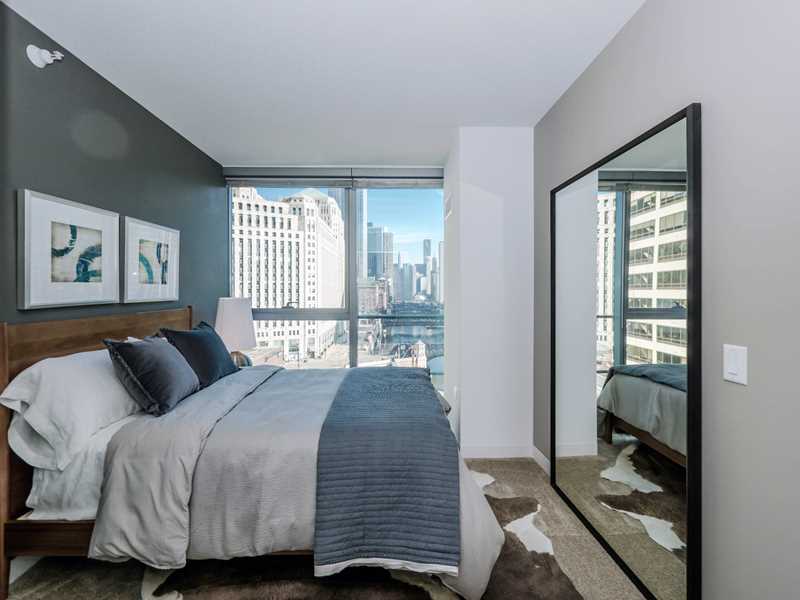 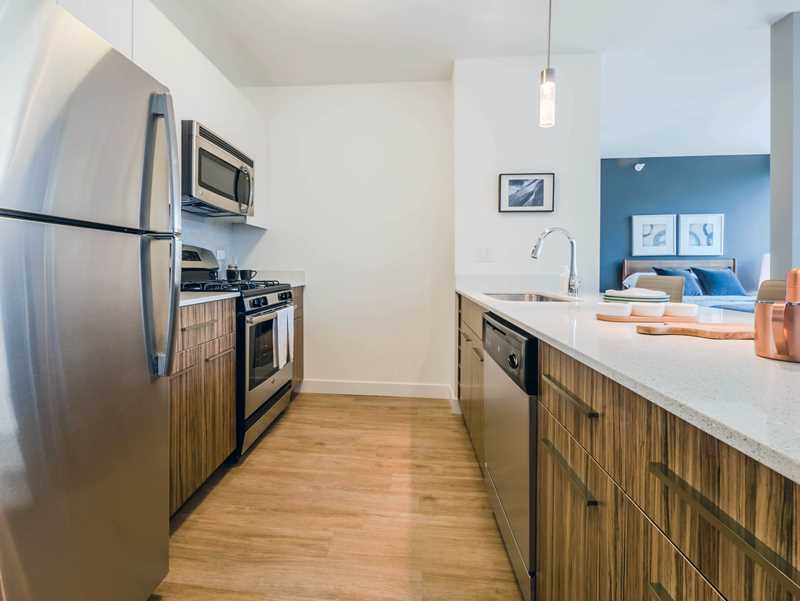 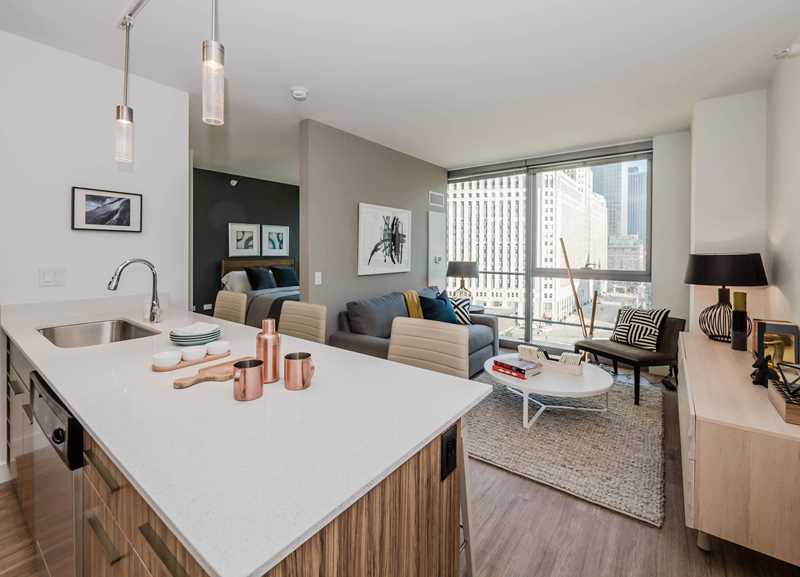 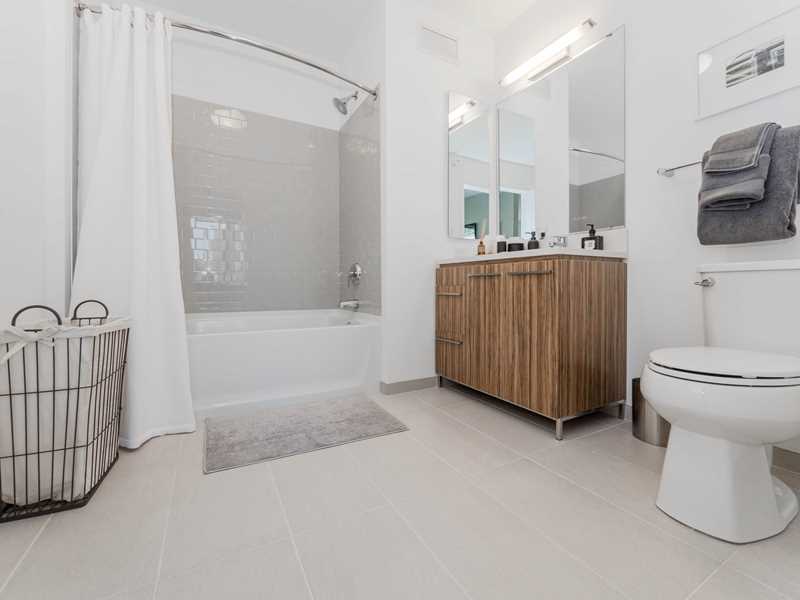 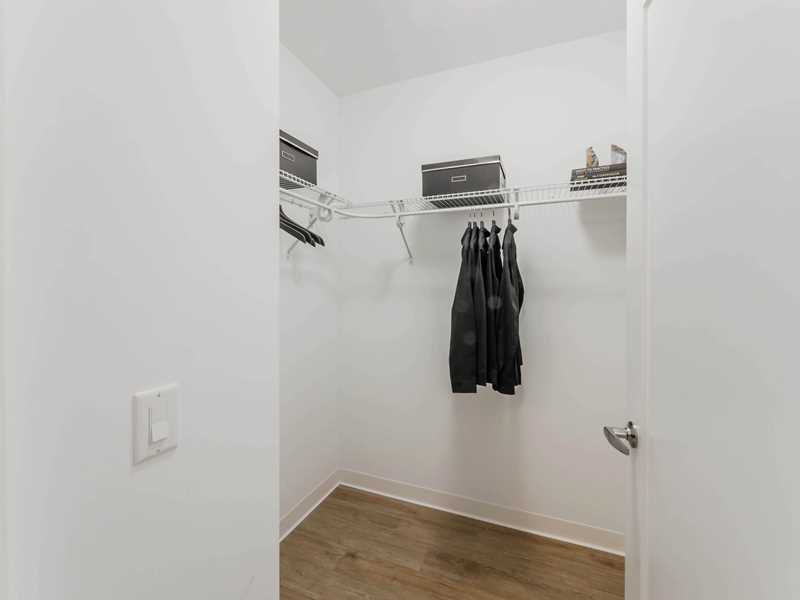 Bathrooms feature a good amount of storage and quartz counters. Units have ample closet space in comparison to other newer developments.

In a March 2013 interview with Chicago Grid, Chris Kennedy gave a preview of what will set Wolf Point apart in a crowded apartment market:

A lot of these young people are working in entrepreneurial environments. Part of that is they have no cash. They’re getting compensated with equity. But they still want to live in a very nice environment, they just can’t afford it. And part of what’s happening on Wolf Point is that the first building is being designed for that population. It’s designed for people 22 to 35 who can’t afford a lot of [rent]. So they’re small units, economical, but with design premiums. It’s consistent with my experience in the design fields. And we think that resonates with the exact population we want to attract in Chicago. 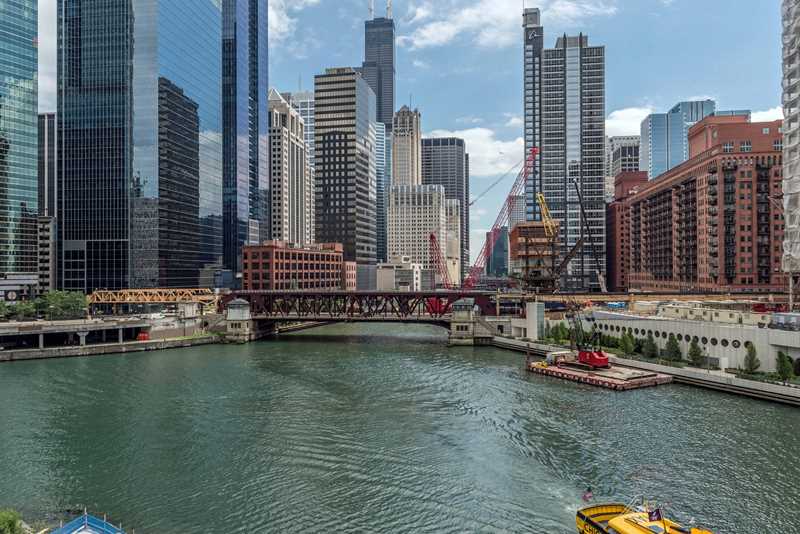 Views. East- and south-facing units have spectacular views along the Chicago River from all floors. The photo above shows east views from the fourth floor.

The eastern views will be blocked when the taller towers are built on the site – on a timetable that isn’t yet determinable. 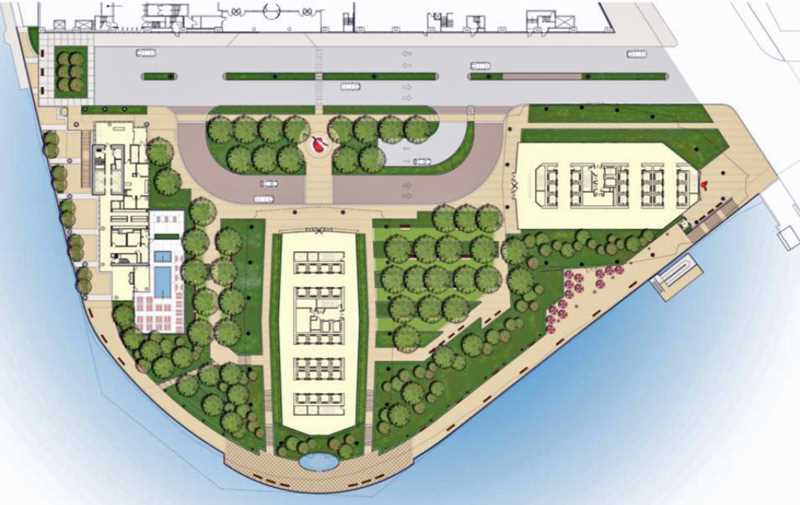 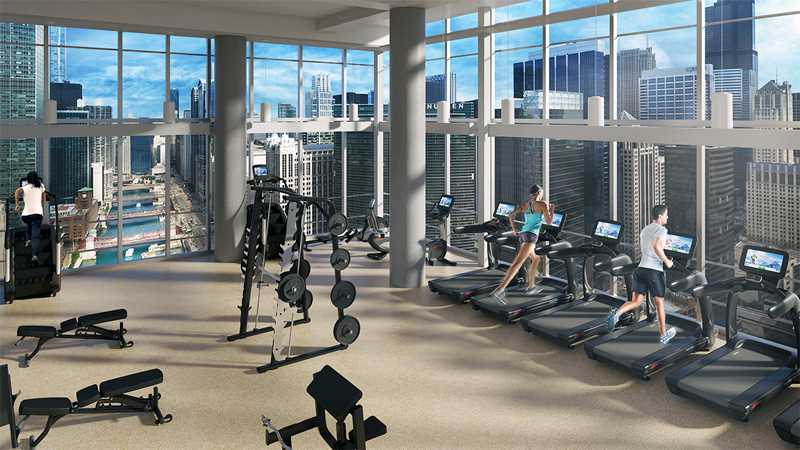 The expansive second-floor deck has a large pool, and a hot tub the size of the pools at many high-rise buildings. The second floor deck includes fire pits and outdoor kitchens with multiple seating areas for residents. 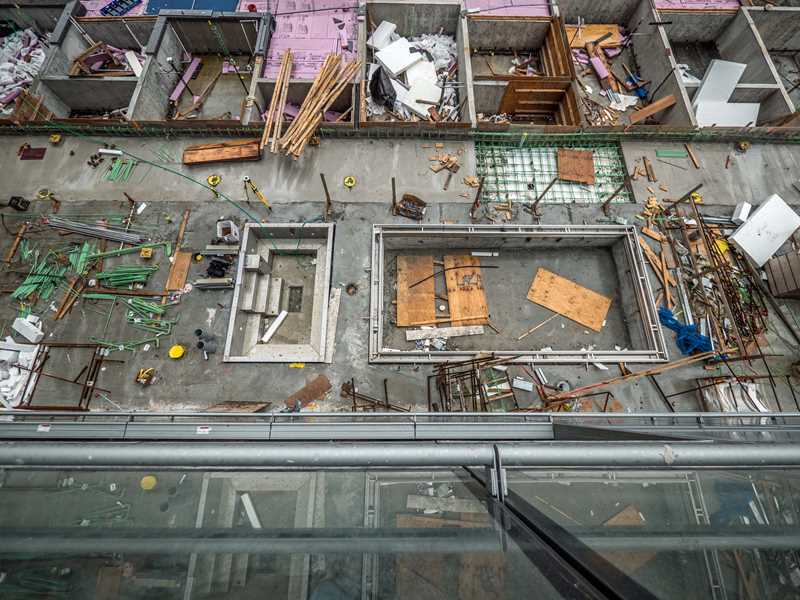 The lounge and deck are likely to be popular spots on bridge lift days when the river fills with boats. 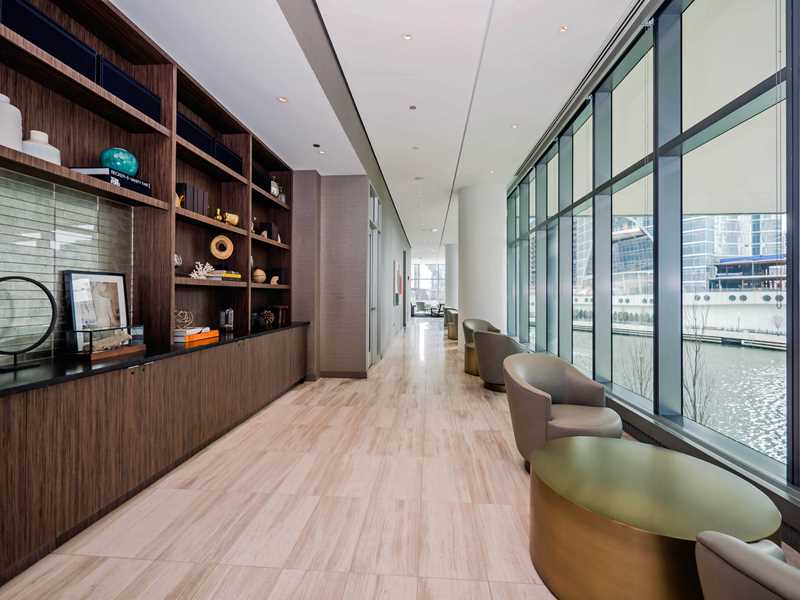 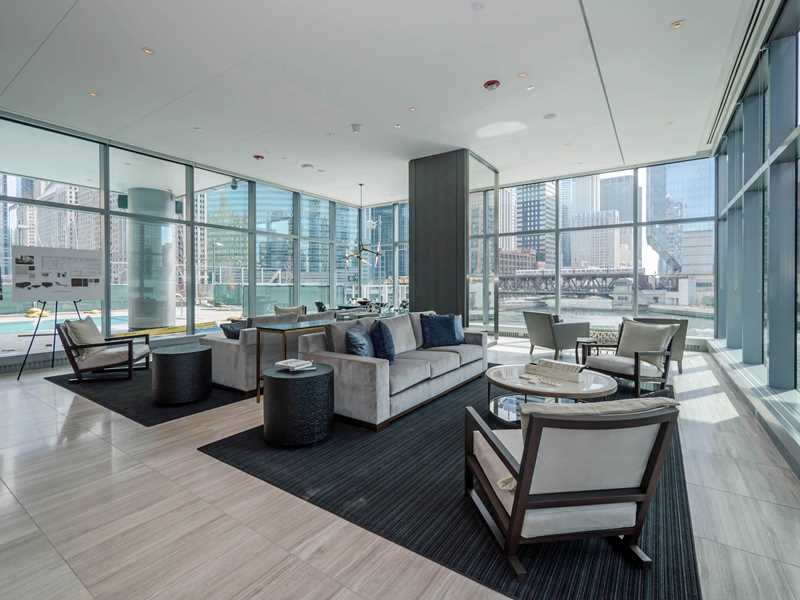 Adjacent to the pool deck is a riverfront lounge with seating areas and a TV. 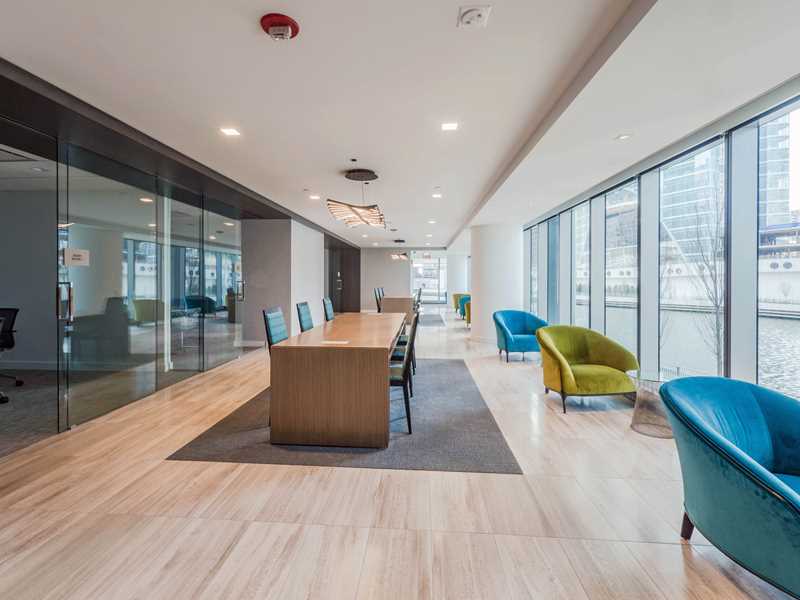 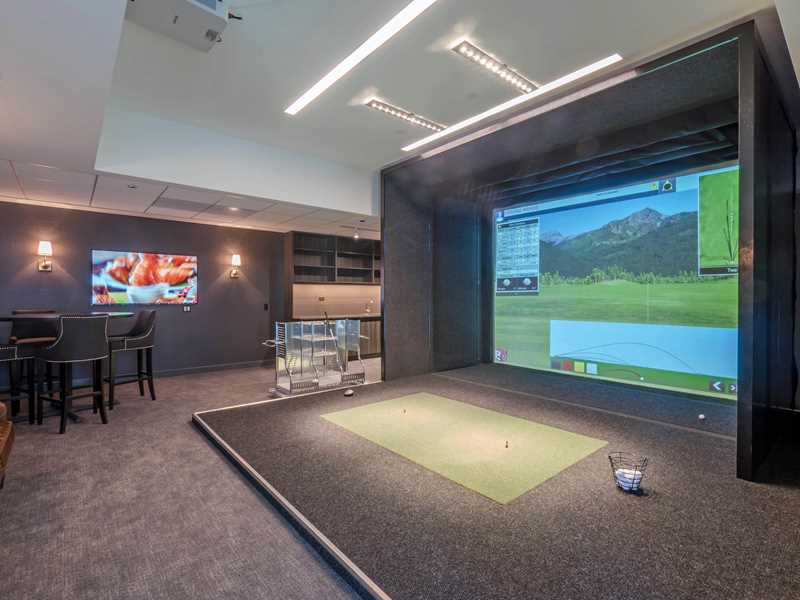 At the riverfront level below the lounge is a business center with study rooms and a golf simulator.

The building has on-site management, maintenance and leasing staff, 24/7 door staff and dry cleaning services. The building is pet-friendly and has a dog run, dog lounge and grooming area.

Wolf Point West has an on-site parking garage and bike storage. The 200-stall parking garage is below grade, concealed behind the river walk. The ratio of parking spaces to apartments is well below market averages, which may become an issue for residents with cars. Wolf Point West is a smoke-free building. 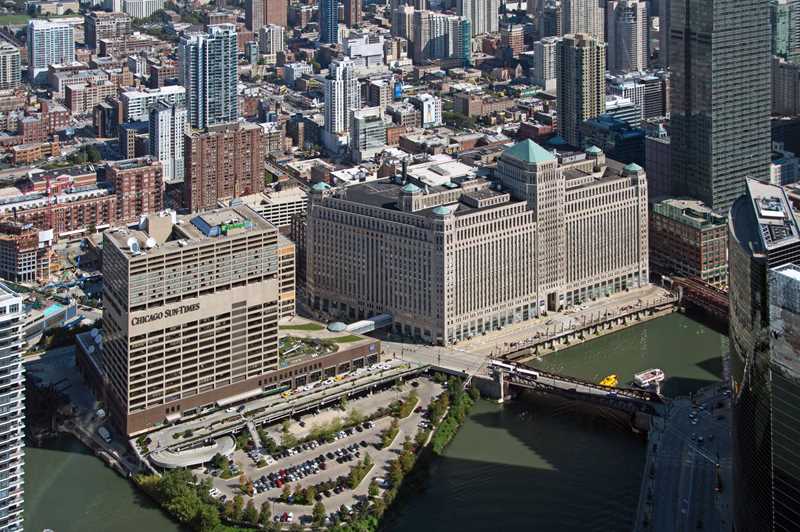 There is really nothing like this site in the world, certainly not in Chicago. It’s pivotal. It’s central. It’s waiting for its moment in history.

The site’s prominence is undeniable. Its attractiveness as a place to live will depend on the weight people attach to its relative isolation. In the context of its immediate surroundings the residences at Wolf Point will be an island, a point that will attract some and deter others.

Wolf Point is a compelling location for the growing number of office workers at the adjacent Apparel Mart and Merchandise Mart. 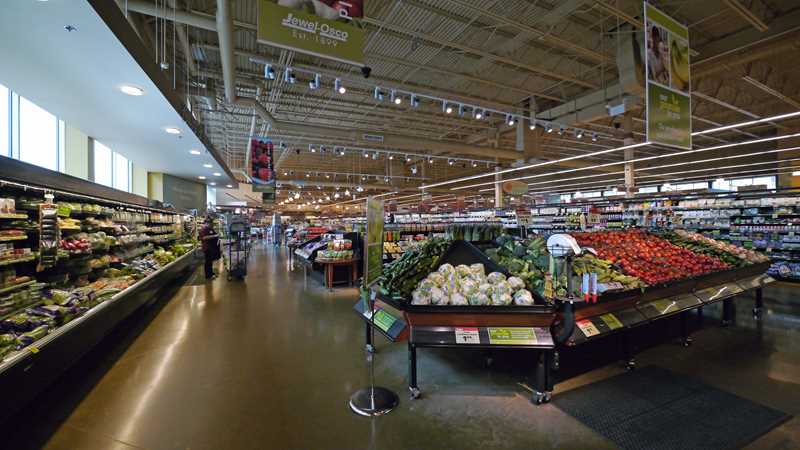 Shopping. The nearest full-service grocery store is a new Jewel-Osco eight tenths of a mile from Wolf Point West. It may be the city’s best Jewel.

Whole Foods and Mariano’s have locations in the West Loop about a mile from Wolf Point West. There’s a CVS Pharmacy three blocks north on Hubbard St.

The French Market at Metramarket is a little over a half mile walk south west of the property.

Retail development in the immediate area is sparse, but the shops along Michigan Avenue’s Magnificent Mile are only a few minutes away and furniture showrooms are abundant near Hubbard Place. 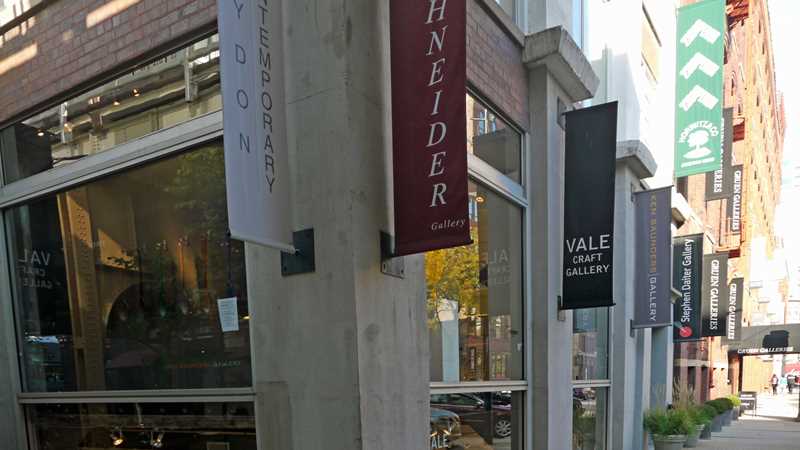 The River North Gallery District has taken some hits from the economy in recent years but remains a vibrant art scene.

Dining, nightlife. River North dining, bar and nightlife options within a short walk of Wolf Point West are beyond plentiful and draw weekend throngs from throughout Chicagoland. 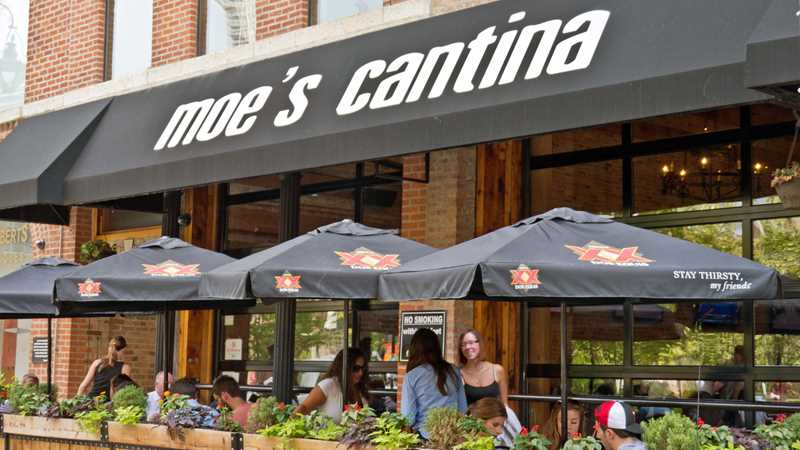 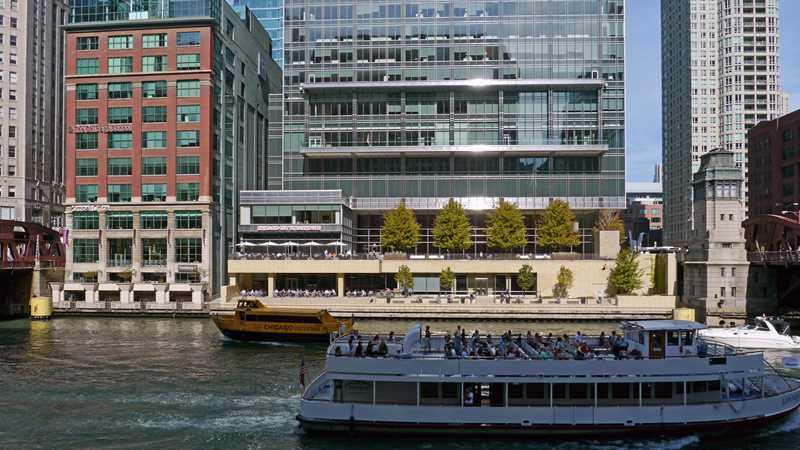 The building’s location at the southwest edge of the neighborhood affords residents quick access to the thriving West Loop restaurant and club scene and to the growing array of options in the adjacent Fulton River District. 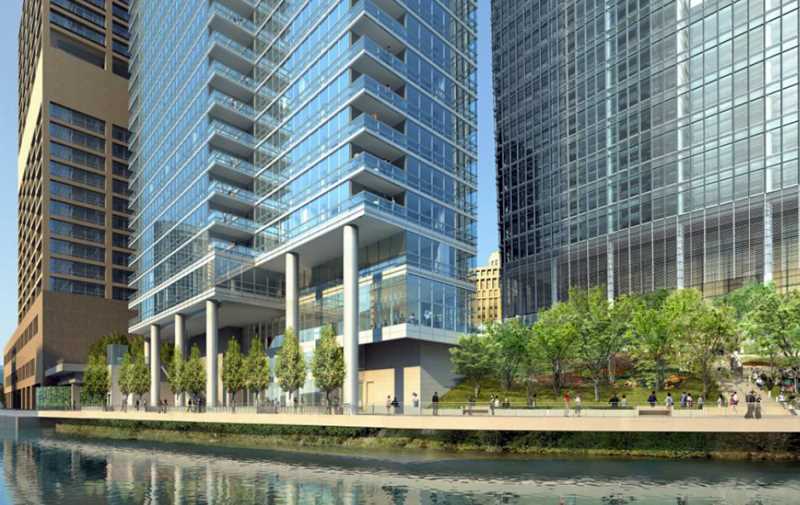 The development itself will, according to plans, include more than 2 acres of plaza and parkland, and more than 900 feet of new river walk. 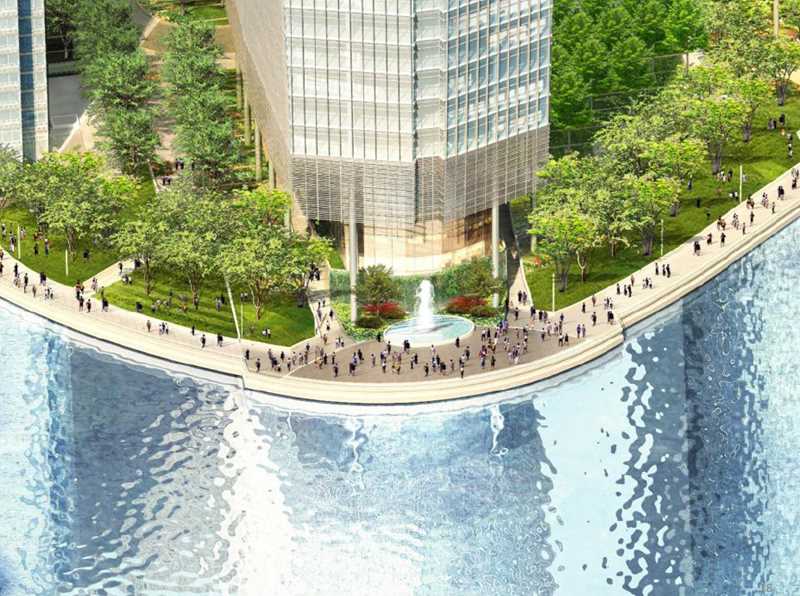 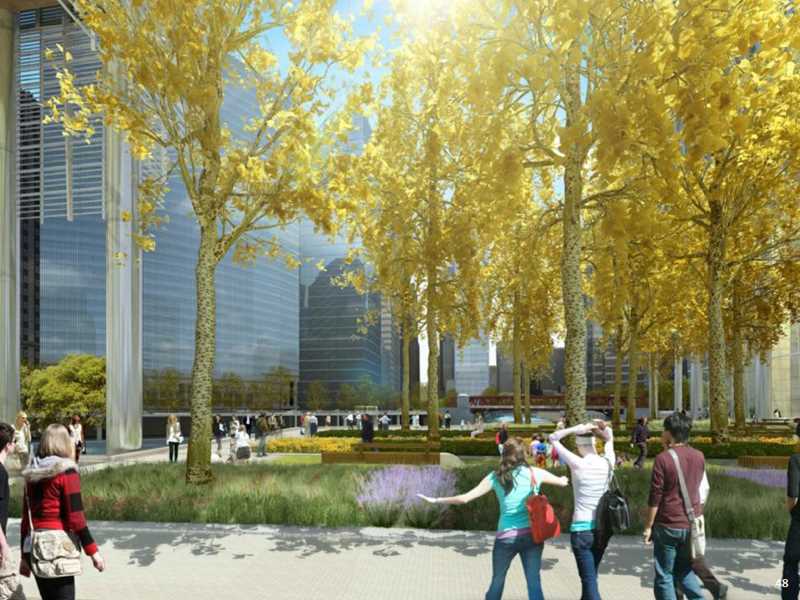 Preliminary plans illustrate the new park space as devoted to passive activities rather than active recreation. 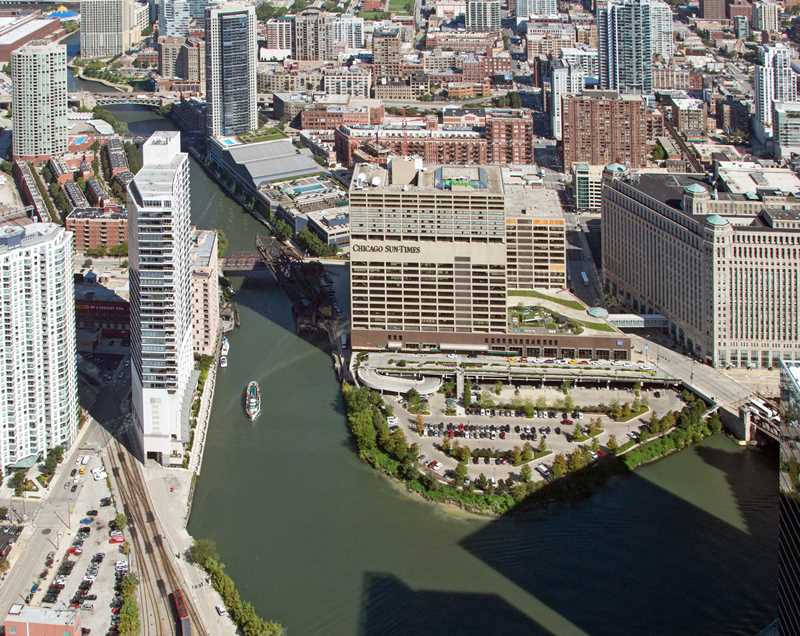 Many of Wolf Point’s residents may view the East Bank Club, which is a half-block north, as their optimal recreational outlet.

Orleans St is the only point of vehicular access to Wolf Point. It’s a one-way street going north, which will complicate access to points south and make cab rides slightly more expensive.

Wolf Point residents enjoy excellent access to I-90/94 via the Ontario / Ohio St on / off ramps.