353 West Grand is a 32-story, 330-unit apartment tower proposed for the site currently occupied by Clark and Barlow Hardware in River North.

Vancouver-based Onni Group is the developer and Pappageorge Haymes Partners is the architecture firm. 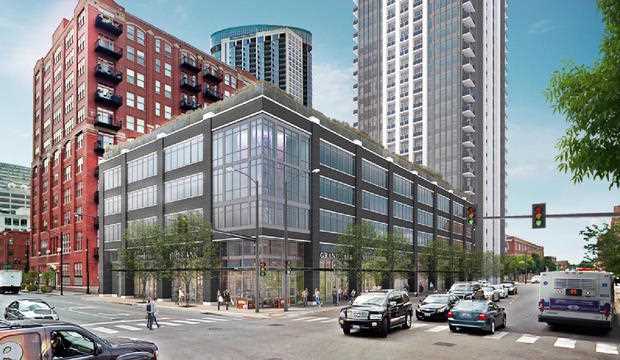 Final details of the unit breakdown and finishes have not been released.

Based on the building proposal presented to the River North Resident Association in June 2015, 353 West Grand will offers studio, convertible, 1- and 2-bedroom floor plans. There will also be two penthouse units.

Views. 353 West Grand is in a largely low-rise area toward the west edge of River North. Due to its height, the building will have sweeping views in all directions.

Details of the final amenities package have not been released yet.

Based on the renderings of the property, 353 West Grand will have a landscaped fifth-floor amenity deck above the retail with a pool, cabanas, multiple seat areas, barbeques, fire pits and a dog run.

353 West Grand is bordered by three busy streets carrying traffic to and from the feeder ramps for I-90/94 just north of the building.

Shopping. The nearest grocery store is Jewel Osco with two locations, Grand Ave and Desplaines Ave, half a mile from the building.

Whole Foods, Trader Joe’s and Mariano’s have outlets within a mile of 353 West Grand. There’s a CVS Pharmacy a short block south on Hubbard St. 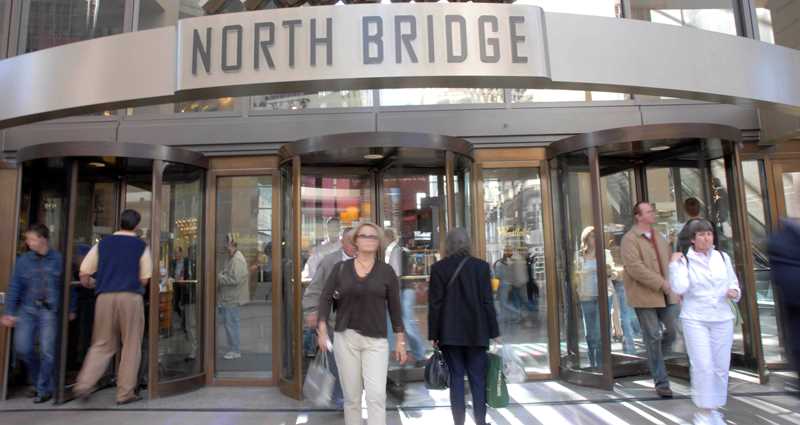 There’s little retail development in the immediate area, but The Shops at North Bridge and the shops along Michigan Avenue’s Magnificent Mile are only a few minutes away and furniture showrooms are abundant near 353 West Grand. For the work-at-home crowd, there’s an Office Depot across the street from 353 West Grand. 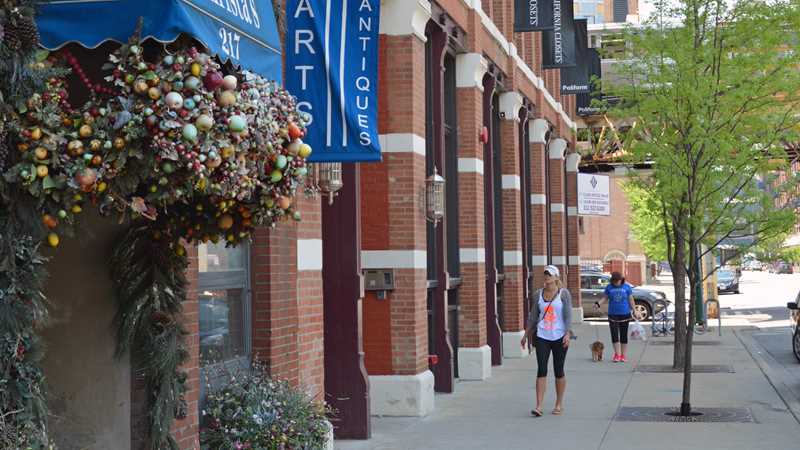 Dining, nightlife. There are a multitude of dining, bar and nightlife options within a short walk of 353 West Grand. 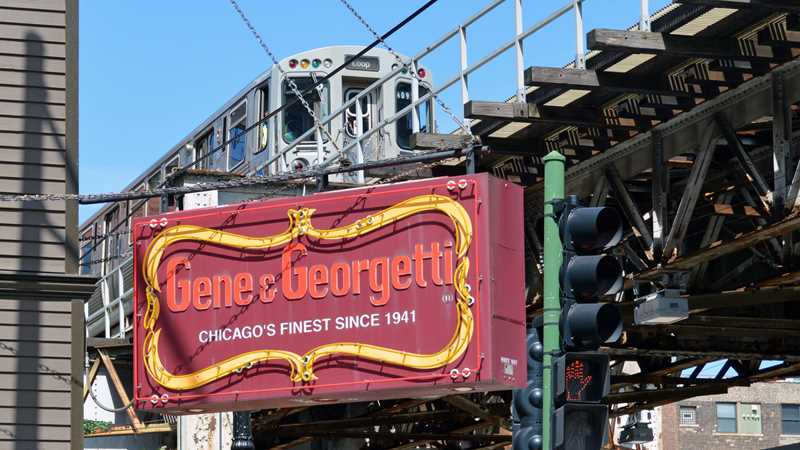 Gene & Georgetti’s, which bills itself as “Chicago’s oldest and one of its finest steakhouses” and has been known to attract celebrities, is two short blocks south east of 353 West Grand. 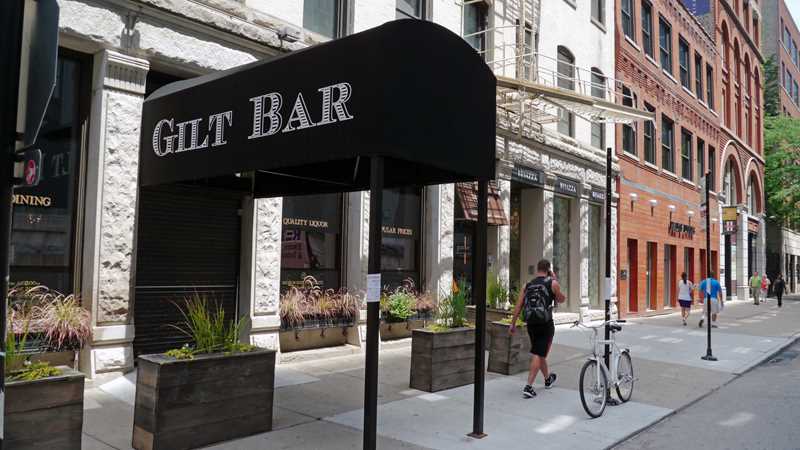 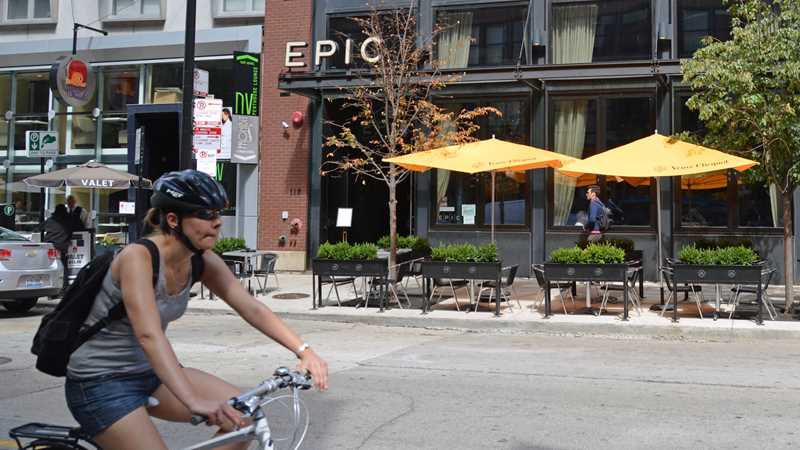 353 West Grand residents are more likely to frequent the popular bar and restaurant scene along Hubbard St, two blocks south of the building. 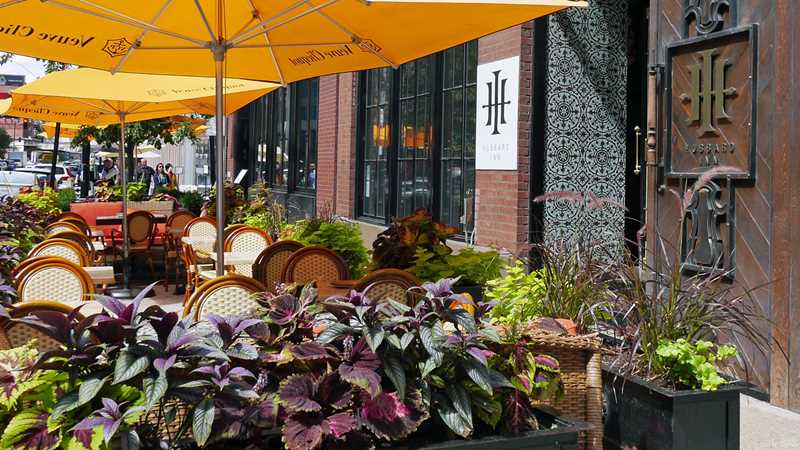 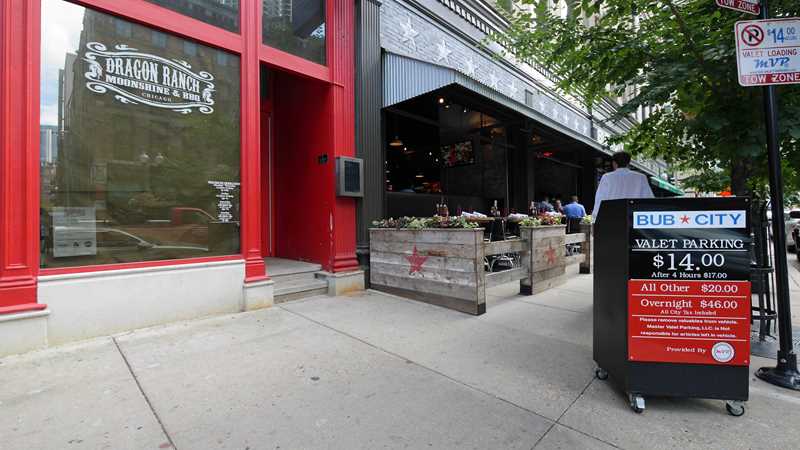 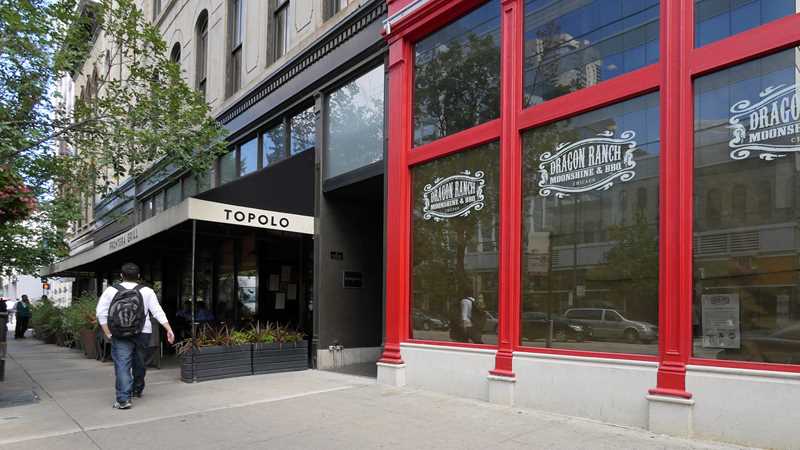 Parks, recreation. 353 West Grand lacks convenient access to public parks. There is a dog park near the property at the southwest corner of Ohio and Orleans.

The CTA’s #65 bus route provides frequent (although not always rapid) access to Streeterville and North Michigan Ave, and busses along Wells and LaSalle connect to Loop and Near North destinations. Taxis regularly cruise the area.

If you have information on 353 West Grand, and are not a real estate agent, add your thoughts in a comment. Comments are moderated, and commercial messages are not allowed.