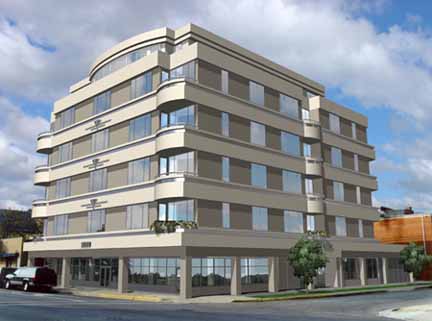 Has anyone noticed that the Jefferson Park housing market is going berserk? We just noticed just how crazy it is out there when we caught sight of an ad in the Trib. for Kennedy Estates Condominiums, 4810 N Lavergne Ave, and started guffawing at the prices.

Two-bedroom condos at the 22-unit new-construction development are priced from the $330s to the $420s, according to the ad. Thinking sales agent Jameson Realty was being unrealistic, we took a quick peek at the neighborhood’s vital stats and promptly did a double-take.

We can understand people forking out money for a single-family home in those parts, but we still think the new condos are a little pricey for a neighborhood that is so far west. Oh, and that’s just the pre-construction prices.

It seems that developers think that if they throw in granite counters, a little more space (the condos are 1,267 to 2,430 square feet), parking and a fitness center, they can charge like a wounded bull. OK, there are a few amenities at Kennedy Estates, but it’s still a little rich.

Only a few years ago you could get a townhome in the J.P. for that kind of money.