A look back at economists’ Chicago home price predictions 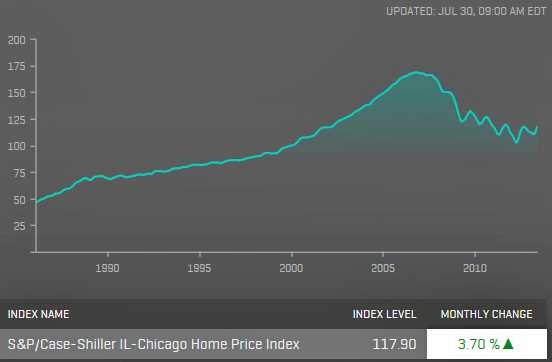 Five years ago today we mentioned that the New York Times had asked economists to “share the data they use to figure out how much houses in regional markets are overvalued, a calculation that approximates where the bottom may be.”

At the time I opted to side with a senior economist at the Federal Reserve Bank of Boston, who said: “I try to avoid house price forecasting. Let me just say this, as an economist, that asset pricing is something we’re exceptionally bad at.”