Apartments slated for “the ugliest building” on Lake Shore Drive 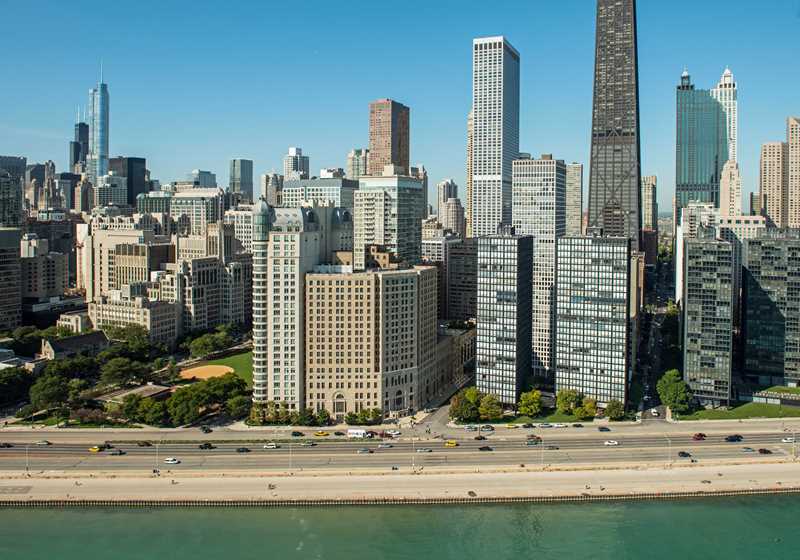 Back in 2007 Fifield Realty was proposing to demolish the former Lakeshore Athletic Club, 850 N Lake Shore Drive, and replace it with a condo building. Architect Lucien Lagrange, who designed the adjacent 840 N Lake Shore Dr, had this to say about the building in a conversation with YoChicago reporter Kate Hawley:

I think it’s the ugliest building on the street…it has small windows. It’s not elegant. The façade is not elegant. It looks like a prison. You drive by and say, ‘what’s going on in there?’ 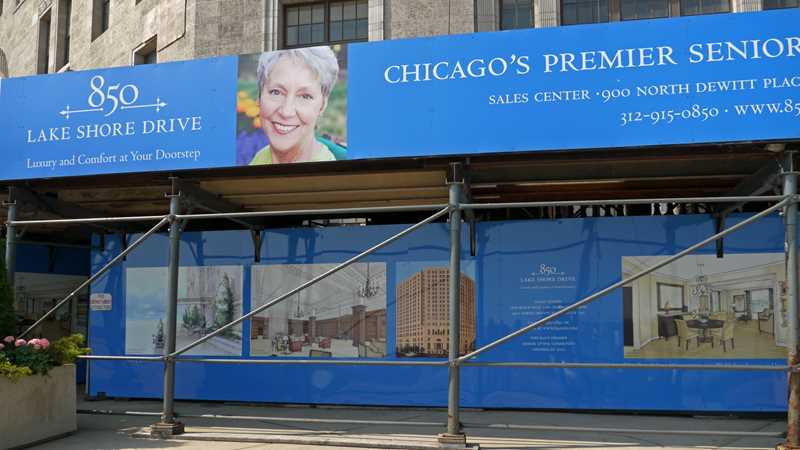 The Sun-Times’ David Roeder recently reported that the owner of 850 N Lake Shore Dr, after an aborted attempt to convert it to seniors housing, is planning to build 200 apartments with parking on the lower floors of the building, where demolition is underway. “The question,” wrote Roeder, “becomes whether the work will ruin most of what made the building notable in the first place. … The work by architect Jarvis Hunt was distinguished less by its façade than by its grand interior spaces and murals, and it’s not known how much of that can survive the project.”

YoChicago maintains an updated at-a-glance list of new downtown apartment projects. Nearly 15,000 new units have been recently completed, are under construction or have been proposed.

You can see more of YoChicago’s aerial photographs at Flickr.