Catalyst back on track (again) 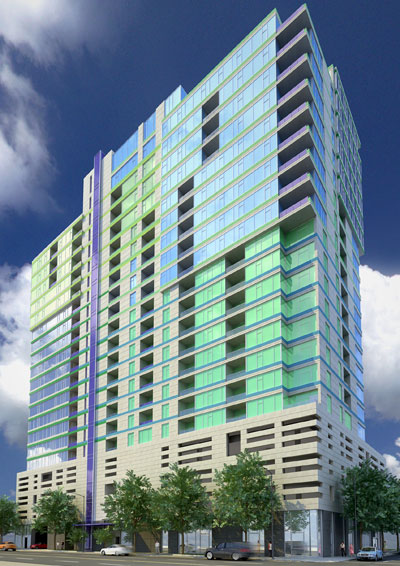 Over and over and over again, developer Gary Rosenberg has insisted that his Catalyst high-rise would get built. In February 2010, after most everyone had written off the 220-unit condo tower, planned for 630 W Washington St in the West Loop, as a casualty of a sorry market, Rosenberg announced that he had landed a $100 million construction loan and hoped to complete construction by late 2011.

This afternoon, Crain’s reported that Q Lotus Holdings has signed a letter of intent to put $35.6 million toward the building, which will now be a rental high-rise. Rosenberg still needs a $50 million construction loan, and he must first pay an old lender $8.7 million to get a foreclosure suit out of the way.

Catalyst was designed by architect Lucien Lagrange, who retired last year after filing for Chapter 11 bankruptcy protection. He designed two other high-rises currently under construction: Lincoln Park 2520 and the Ritz-Carlton Residences.