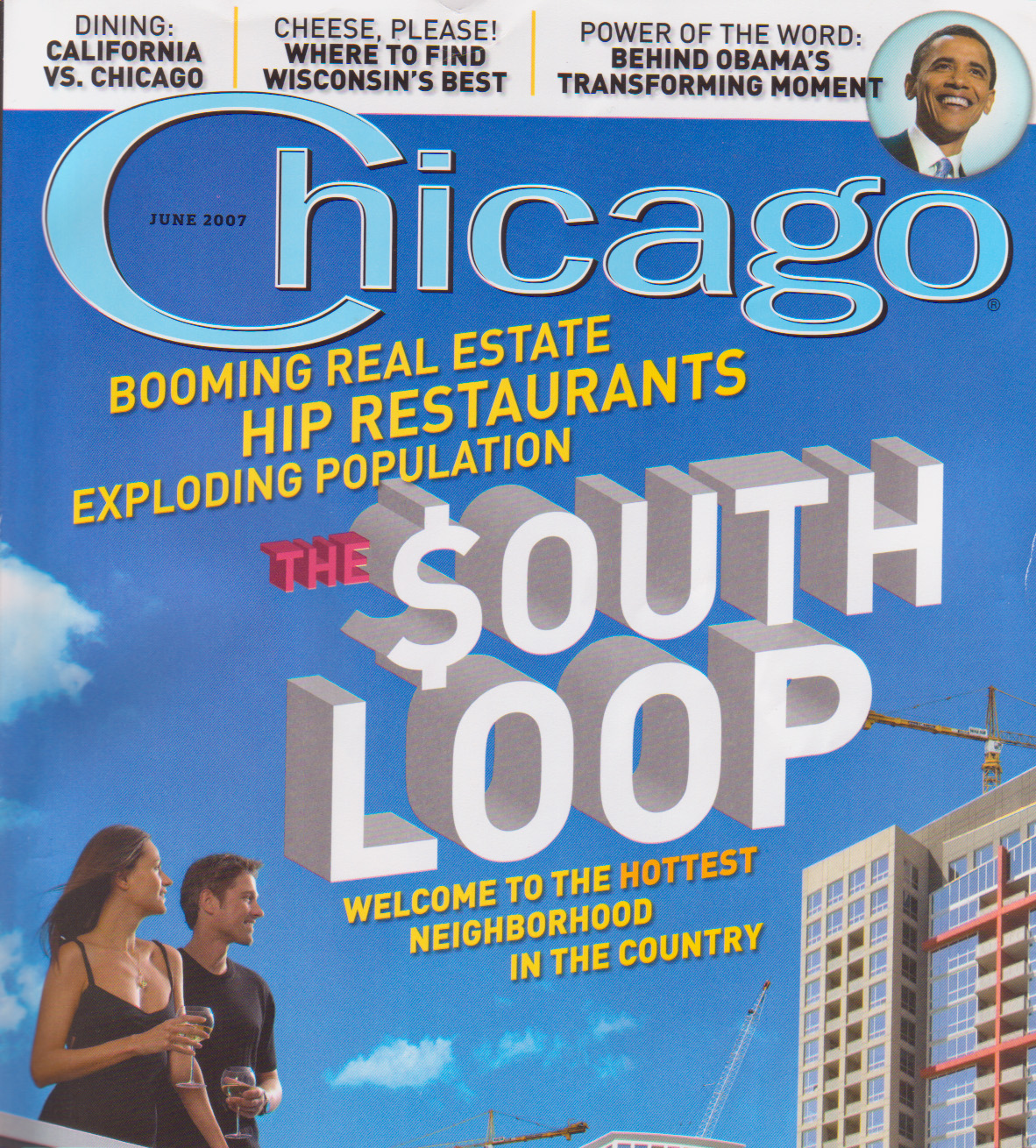 I was fairly astounded this weekend when I picked up the June issue of Chicago Magazine to learn that the South Loop is pretty much perfect. Cynic that I was, I used to think every neighborhood, including the most established and livable, had a downside. But from the front cover of the magazine — where two yuppie model types stare wistfully at the new condo buildings rising before them, wine glasses in hand — to the stand-alone profiles of gushing residents in the feature story, writer Dennis Rodkin makes it clear that in the South Loop, there is no downside.

(Those profiled residents, by the way, seem all to be comparatively well-off homeowners of a certain age in the Chicago Mag piece. Given the number of schools with facilities here and the role students are supposed to play in the South Loop’s evolution, did it occur to anyone to interview some students about life in the neighborhood? Maybe their reviews wouldn’t have been positive enough?)

In our experience, even the most ardent fans of the South Loop have some serious complaints. Some complain about the fact that there aren’t more shops and restaurants and bars and churches – in short, that there still isn’t enough of the stuff that makes a neighborhood a neighborhood. Hold your mouse a second there before clicking on “Comments” while I acknowledge, as they tend to acknowledge, that there is much more of this stuff than there used to be.

There is more than there used to be, and more is coming, but right here, right now, this area in many ways still does not feel like a neighborhood, especially as you head south. Many South Loop lovers note that as density increases so do neighborhood amenities. Which leads to another common complaint — during the last decade, some truly awful buildings have been constructed here. Big chunks of the neighborhood have been scarred by some of the worst designs in the city, buildings thrown up (verb chosen carefully) during a decade-long real estate boom when builders worried more about their ability to deliver units fast enough than about quality.

I’m not trying to paint a gloomy picture of the South Loop. What’s happening there is astonishing, and given the major assets of this neighborhood, the long-term prospects are good. But for anyone who read the Chicago Mag piece, we felt obliged to point out that the South Loop is not, in fact, perfect.