As readers have noted in recent months, a large portion of the units in two of CMK Companies‘ large high-rise developments, 235 Van Buren and 1720 South Michigan, are rumored to be rented or destined for rental. While I can’t verify or deny those claims, I can say with some certainty that there are still plenty of units available in each of those buildings.

When I think of these developments, I usually think of cramped, narrow and dark one-bedroom units, and while there are plenty of those in each building, there are also a number of decent-looking floor plans available. Take these two-bedroom corner units, for example. Both of them are located above the 30th floor, so they’ve probably got pretty decent views, and they both have small, inset balconies. 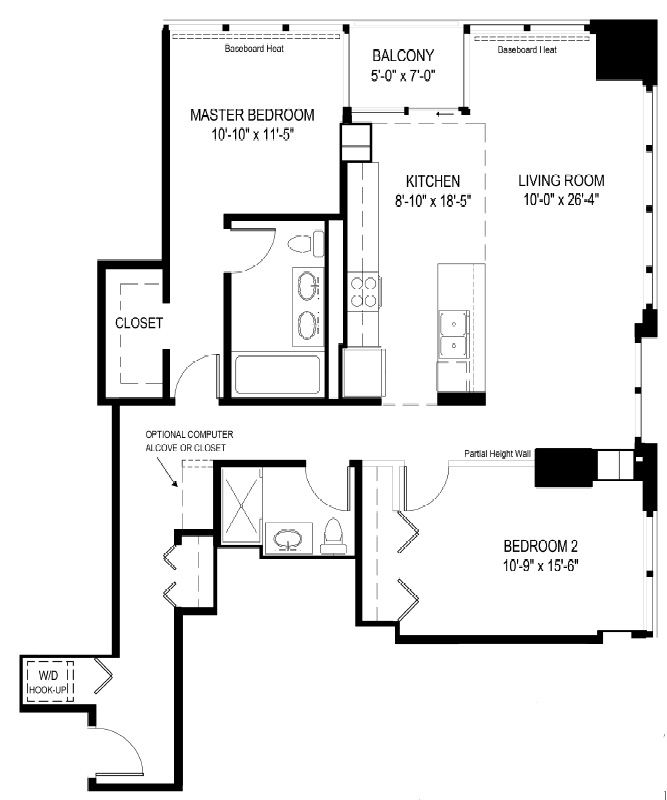 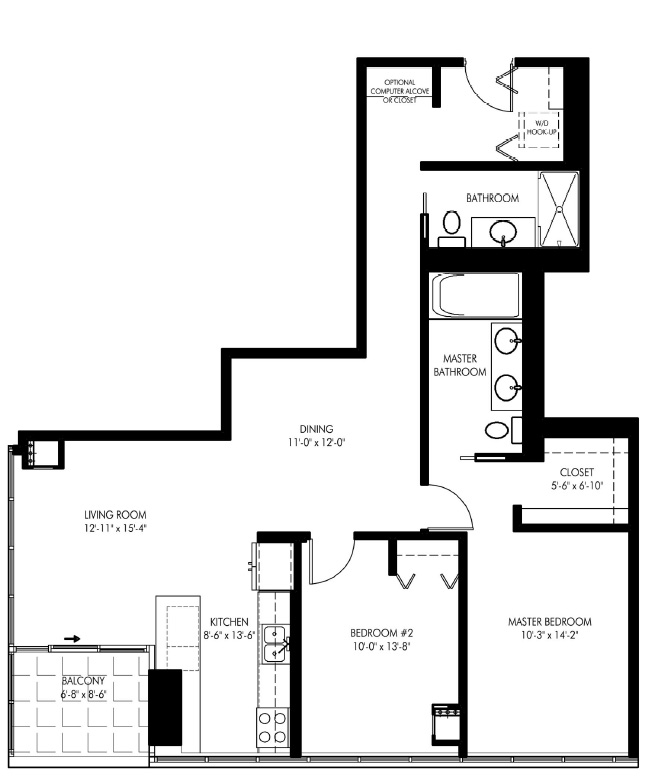 In terms of layout, both units have their quirks. I can’t see why the second bedroom in the 235 Van Buren unit has a partial-height wall, because it ought to get natural light from those two windows. (Do some buyers prefer a partial-height wall in the bedroom?) Also, 10-10″ x 11-5″ is a pretty small master bedroom. In fact, it’s quite a bit smaller than the second bedroom in the same unit, although the walls in the master appear to reach the ceiling.

In the 1720 South Michigan unit, the placement of the second bathroom at the end of that long corridor unit is a bit odd, and having the front door open into the laundry room could be difficult to manage.

For my money, I’d much prefer to step over some dirty laundry on my way into the 1720 South Michigan unit than to squeeze into a tiny bedroom or live with partial-height walls at 235 Van Buren. However, at $345 per square foot, the 235 Van Buren turns out to me a much better bargain than the 1720 South Michigan unit, which costs about $408 per square foot.