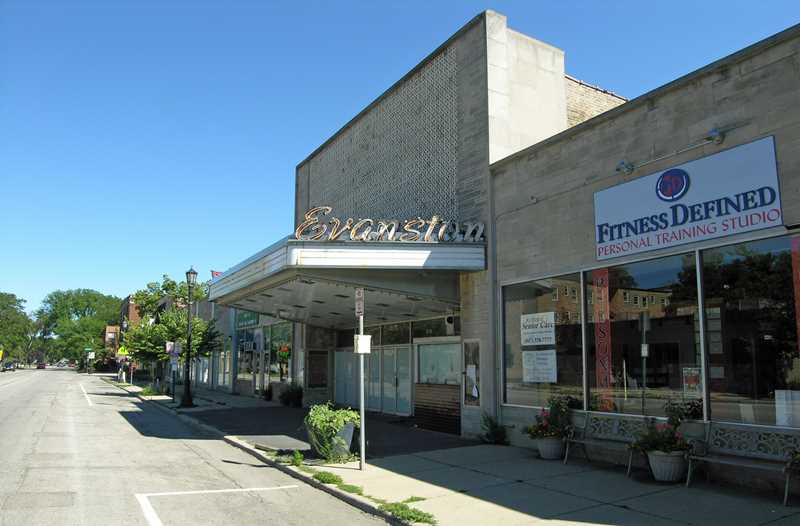 Some of you may remember the 1700 block of Central Street in Evanston as the site of the former Evanston Theater (pictured above). Some may recall it as the site of The Eastwood, a 51-unit project which offered one-bedroom condos in the mid-$300s and 3-bedrooms ranging over $1,000,000 six years ago, before the condo market collapsed.

Construction on the site finally began in June and an official groundbreaking was held two weeks ago, eight years after co-developer Bob Horne first began working on the project. 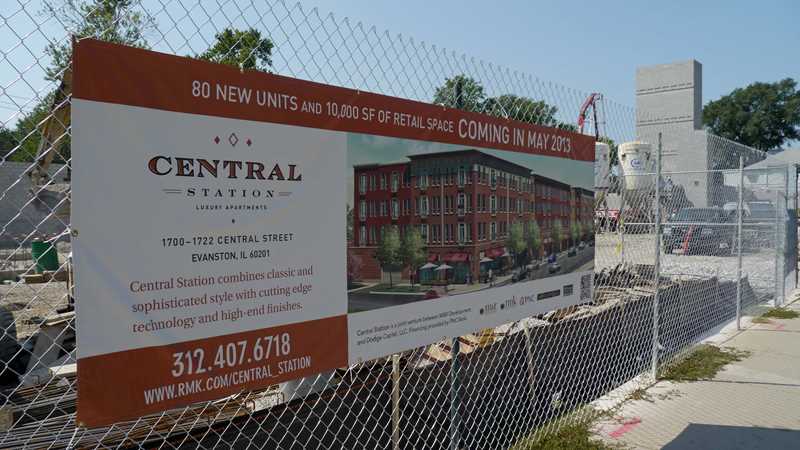 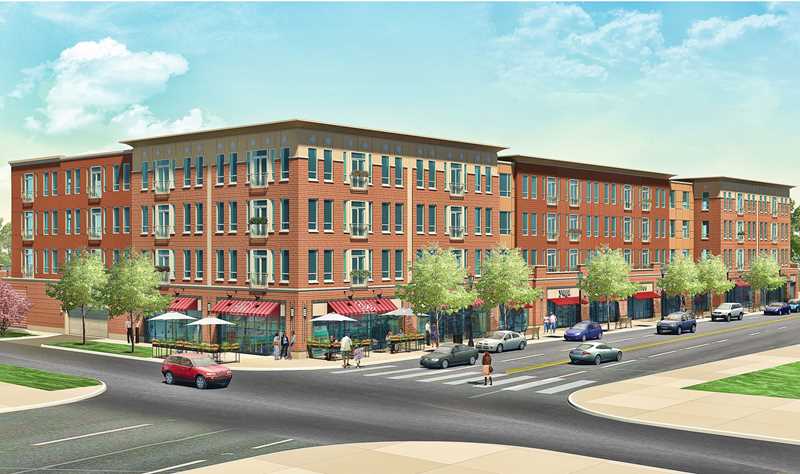 Horne’s Dodge Capital and M&R Development are building Central Station, a mixed-use complex that will include 80 luxury apartments, 10,000 square feet of retail space and 80 parking spaces. One- and two-bedroom apartments will rent from $2,100 a month when occupancy begins next May. Building amenities will include a fitness center and cyber café. The project will be managed by RMK Management. 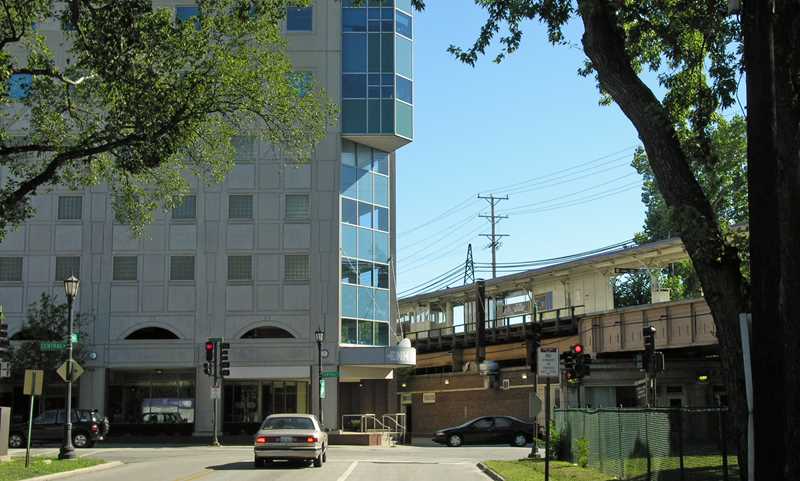 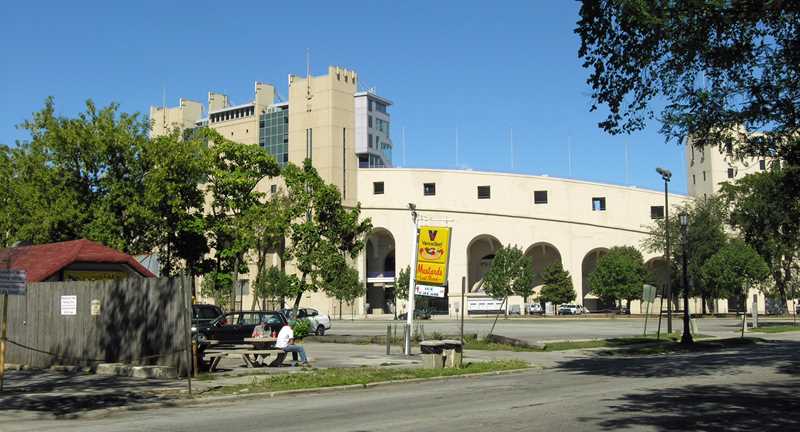 The project’s name, Central Station, calls attention to its location between the Metra and CTA Purple Line stops on Central Street. The CTA #201 bus (pdf) will connect residents with Old Orchard shops, Northwestern University, Evanston Hospital, Lighthouse Park and Beach and downtown Evanston. Northwestern Wildcat fans will enjoy a short walk to Ryan Field and Welsh-Ryan Arena, with a stop at Mustard’s Last Stand along the way.

West of the Metra tracks Central Street in Evanston is a lively area of one-of-a-kind restaurants and shops. Central Station is expected to spur retail development east of the tracks. Bluestone, a popular local dining establishment, is planning a move to a site on the 1800 block of Central, pictured below. 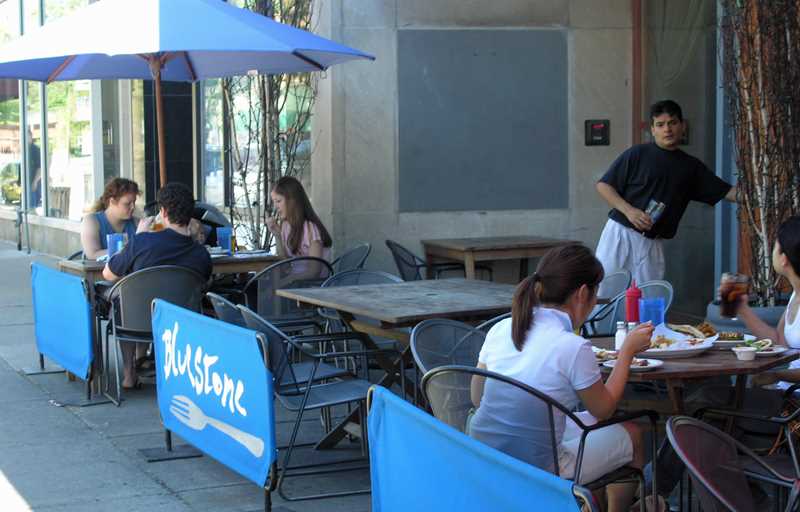