Deliveries at The Greenmoore to begin in March 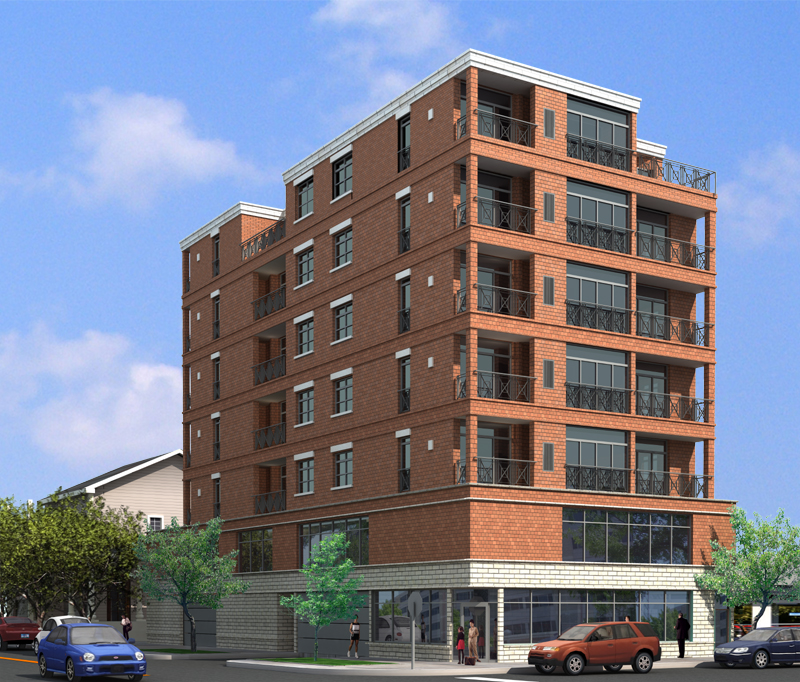 We haven’t made the journey up to Rogers Park recently, so all we’ve got is a rendering for now, but Camelot Realty agent Rich Aronson says construction is wrapping up on this six-story building at 6955 N Greenview Ave. Aronson says the grand opening will take place just after the Super Bowl. (that’s Feb. 1, for those who don’t schedule your calendars around football games.)

Normally, when the word “green” appears anywhere in the name of a new condo development, the developer is making an appeal to environmentally-conscious buyers. In the case of The Greenmoore though, the name seems to be a portmanteau of “Greenview” and “Morse,” the intersection where the building is located — although that doesn’t explain the extra “o.”

The six-story building is being developed by the MC&J Building Company, and it will have 12 two- to four-bedroom condos. Prices for two-bedroom / two-bath condos start in the $320s, and Aronson says there are three four-bedroom duplexes with 2.5 or three baths that are priced from the $500s to the $600s.

According to Aronson, all condos come with heated garage parking, in-unit washer / dryer and outdoor space. According to the Camelot site, the building is 25 percent sold, and the first round of deliveries is set for the beginning of March.