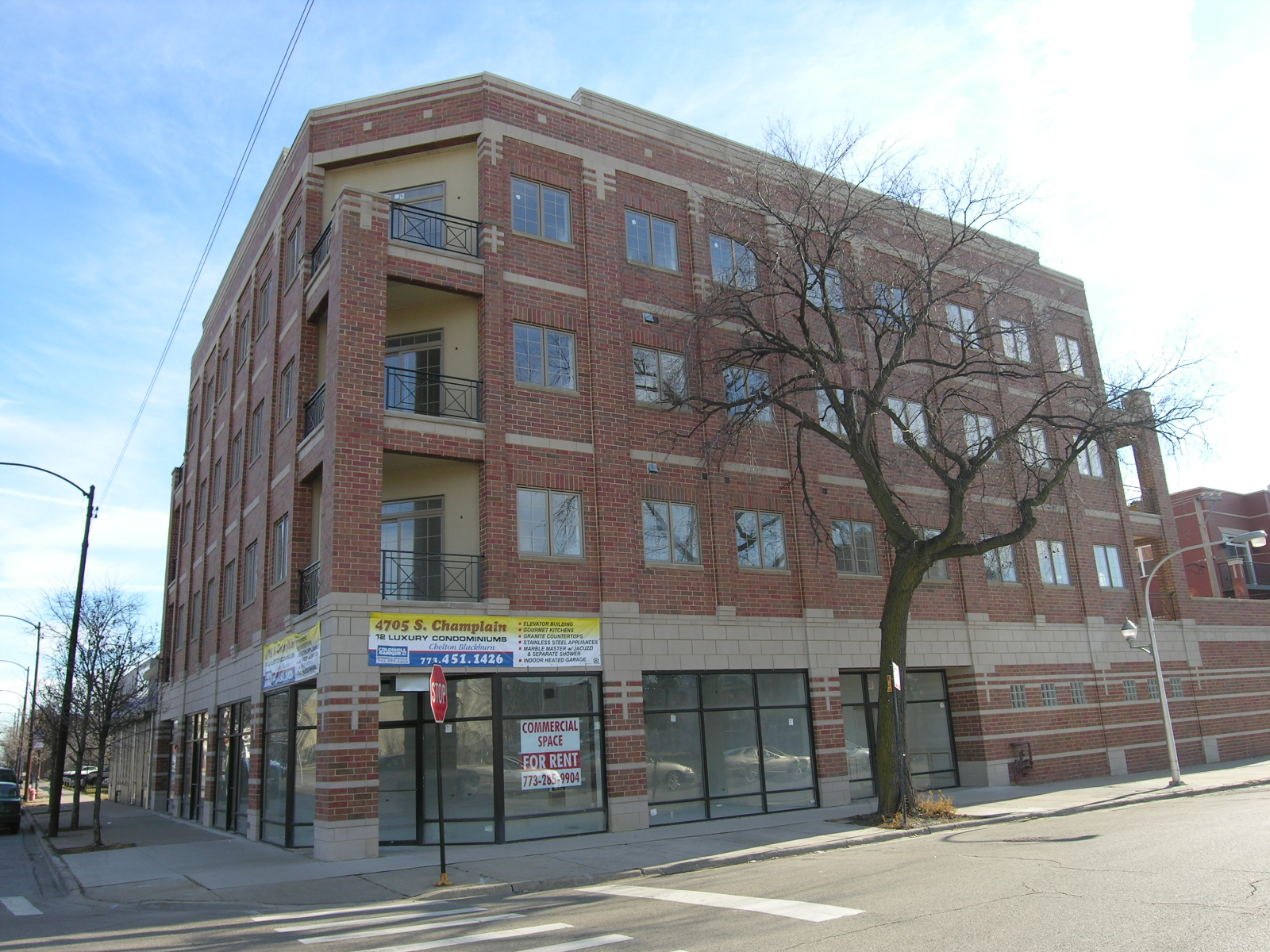 Five years ago to the day we wrote about a new construction condo project at 4705 S Champlain Ave, where 3-bedroom, 2-bath units were priced from the $260s to the $290s. The Grand Boulevard project also included two ground-level retail spaces and 14 deeded parking spots. 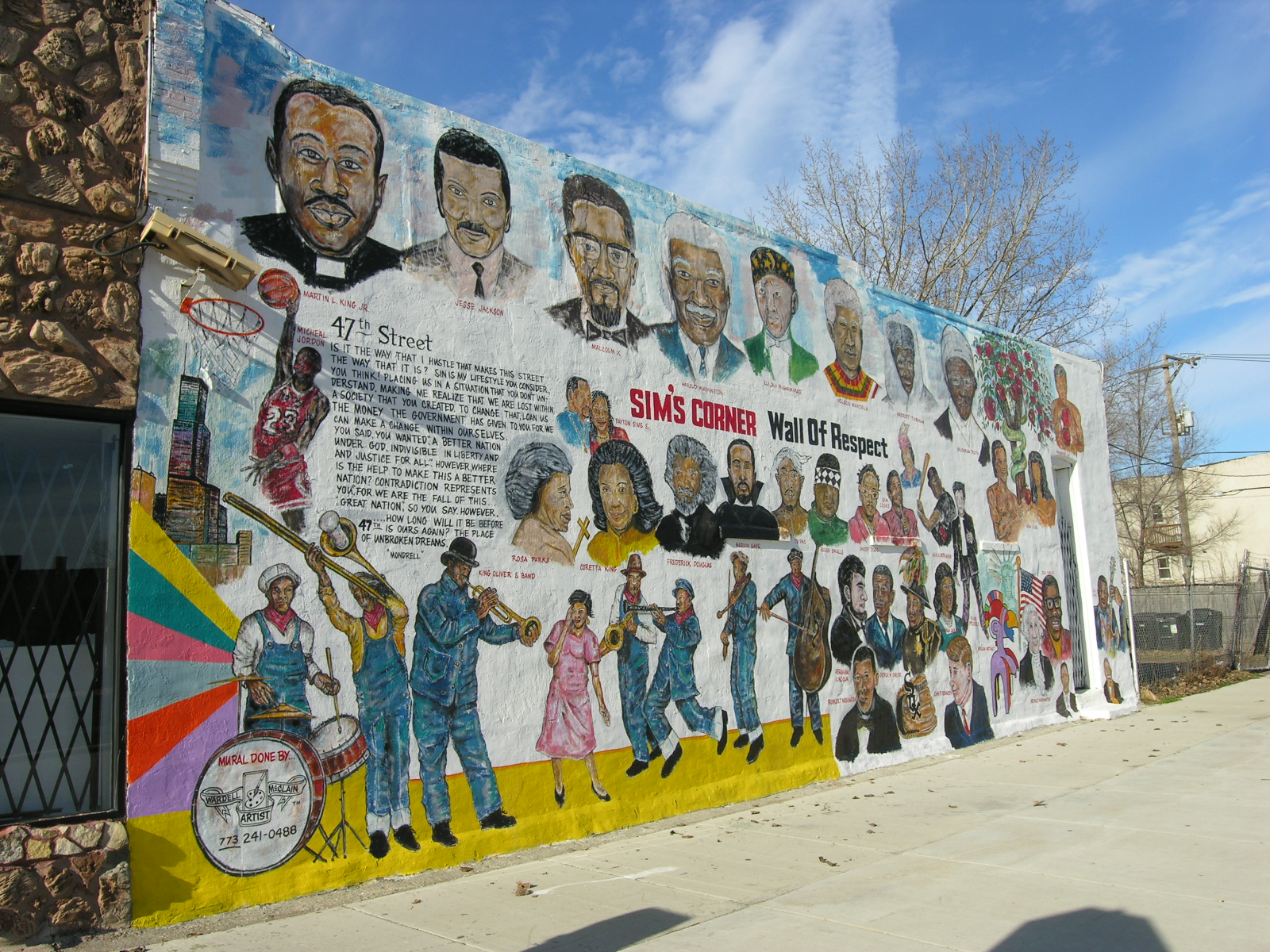 The copy on the mural directly across the street from the project makes for an interesting read. Micheal Jordon?

Only two of the units ever sold, and the bank took control of the remaining 10 residential and 2 commercial units in July of last year through foreclosure proceedings.

Unit 204 sold for $289,000 in September of 2007, 100% financed with 80/20 mortgages. It’s currently on the market as a newly-listed short sale, asking $199,000, parking included. The listing copy coyly contends that the “building is the first of its kind in this area,” and makes no mention of the bank-owned status of the bulk of the units.