High-rise of the day: Jahn's 600 North Fairbanks lean and serene in Streeterville 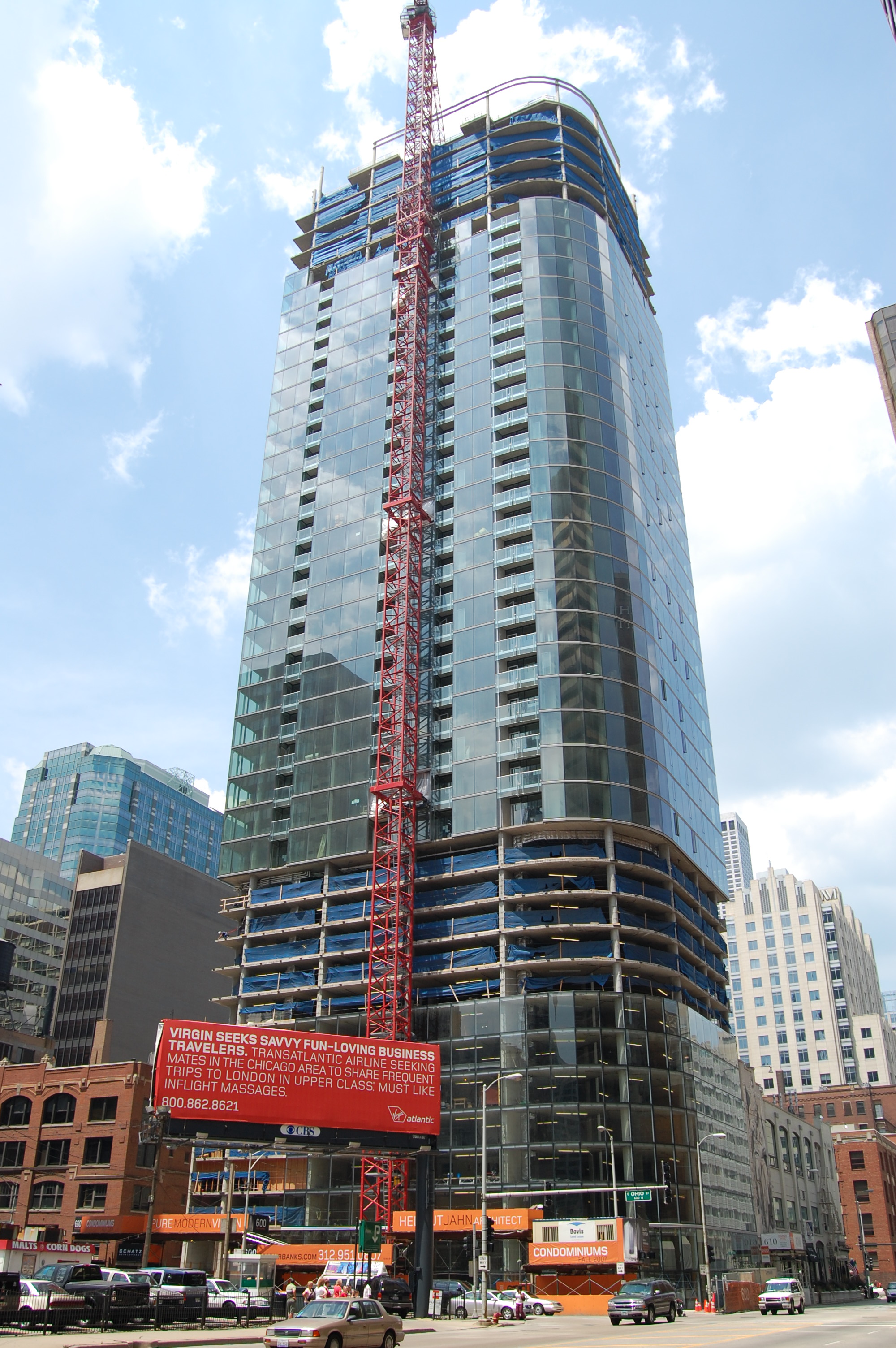 Helmut Jahn, whose cutting-edge work for years seemed to be appreciated everywhere but his adopted town of Chicago, is back on the local scene, following up his Illinois Institute of Technology project, State Street Village, with 600 North Fairbanks, a sleek glass tower that audaciously leans over a neighboring building and in some ways, seems a response to the awkward pedestals on which so many recent Chicago high-rises have been perched.

Jahn, of architecture firm Murphy / Jahn, designed the 41-story tower with a curved wall of glass for the corner of Fairbanks Court and Ohio Street, where construction started early in 2006 and is now nearing completion. Urban R2 Development and Schatz Development launched the project together, though Urban R2 is no longer part of the development team.

Utilizing air rights over a neighboring low-rise structure, Jahn’s highrise projects outward over the adjacent building at an eye-catching slant. As the remainder of the glass goes up, reflecting the clouds floating over Streeterville, Jahn’s brilliant sense of proportions is more evident each day. Like lots of great artists, he makes it look easy, but there are plenty of buildings nearby proving that it ain’t.

Jahn credits European influences for the design of the 229-unit condo building. “Europe has encouraged innovation in technology and materials,” Jahn said in a brief Yo interview at the project’s grand opening. “The expectations for living accommodations are higher in Europe in such areas as fresh air, light and visual privacy.”