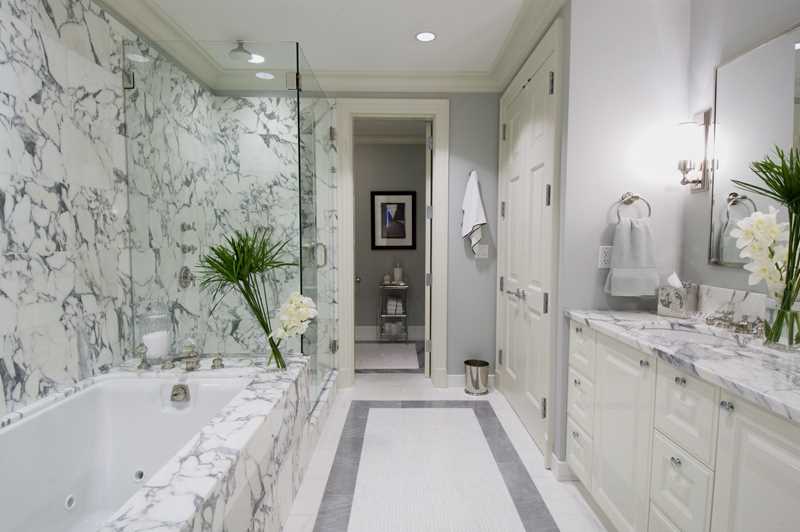 The crowd trailing Spanish architect Santiago Calatrava through the 18th floor of NBC Tower stopped at an unusual display: a pair of open-mouthed human heads crafted from bronze, one male and one female.

The custom creations were destined not for an art gallery or a science exhibit but for lobby doors – as a hefty pair of doorknobs residents and visitors will grasp to enter the planned Chicago Spire, the 150-story condo tower Calatrava designed for 420 E. North Water St., in Streeterville. The Shelbourne Development Ltd. project is planned to be the tallest building in the nation and the tallest all-residential building in the world.

Not only did Calatrava design the exterior of the spiraling 150-story structure, variously compared to a drill bit, a corkscrew and a portion of the male anatomy, he’s also putting his distinctive stamp on the 1,193 condos inside. In September, he showed a group of reporters and photographers some of his signature flourishes, such as door handles shaped like seashells, or molded from his own grip, trapezoidal windows and herringbone-patterned hardwood floors. The sleeping area in a studio apartment, or “suite,” is tucked inside a circular frosted-glass enclosure with a sliding door – a futuristic pod that would look right at home in an episode of The Jetsons.

In October, the 20,000-square-foot sales center in NBC Tower, 455 N. Cityfront Plaza Drive, was scheduled to open in mid-January 2008. The Spire interiors are hardly typical of ultra-luxury developments in Chicago, where model homes tend to focus on exclusive brand names and designs that are opulent but have broad appeal.

The Spire might be exceptional in its finishes and prices (up to a staggering $40 million for a duplex penthouse), but not in its attempt to make buyers feel that they are buying the best of the best, a home uniquely suited to their high standards and distinct personalities.

It’s no longer enough for developers at the highest of high-end properties to boast that their standard finishes would be upgrades at other projects – that goes without saying. What are they offering in finishes and interior design that their competitors aren’t? How does their package of finishes work with unit layouts and other elements of the building to create something buyers feel is uniquely right for them?

“I’m seeing buyers who are well traveled, and they’ve probably built several homes before,” says Tonya Kelly, design coordinator for The Legacy at Millennium Park, a 72-story tower planned for 60 E. Monroe St., where prices range from the $430s to $4.3 million. “When they’re spending a million-plus, they want to be involved in the process.”

The goal for developers is to make sure that unit interiors complement the overall spirit of a luxury building, while allowing for all the bells and whistles – and individuality – buyers demand. The bathrooms can’t just be luxurious these days, they must be mini-spas. Builders must outfit kitchens for the eventuality that Charlie Trotter might stop by to cook a meal, even if the owners seldom will. And every detail, from baseboard design to the electronic interfaces controlling heating, air conditioning and lights, must contribute to the home’s distinct signature.

“You can’t skimp,” says John Murphy, a principal in Ricker Murphy Development LLC, which is building Lincoln Park 2520, a three-tower ultra-luxury complex at 2520 N. Lakeview Ave., on the former site of Columbus Hospital, overlooking Lincoln Park. In mid-October, the condos were priced from the $500s to $13 million. “This is a highly discriminate buyer, and they recognize architectural details and high levels of finish. What buyers touch and feel has to be real.”

Ceiling heights at Lincoln Park 2520 are at least 9.5 feet and reach 13 feet in some of the most expensive, top-floor units (“That’s where you get the high drama,” Murphy says). Other high-end decorative finishes include wide-plank oak floors, glass tile backsplashes in the kitchens and elaborate iron balcony railings that would look right at home on the Champs Elysées.

Because the building is a concrete structure with a fortified interior deck, Murphy says, each unit is effectively soundproofed. “You won’t hear the person upstairs walking around.”

The Mandarin Oriental Tower Chicago, has a much different look. Architects Solomon Cordwell Buenz designed the 74-story tower with glass, steel and clean lines, but interior designer Frank Perry, a consultant for the project, also thinks that ultra-luxury homes must be timeless. The Mandarin’s interior design is suitably modern, but it does not have the icy minimalism of say, an avant-garde Berlin tower. 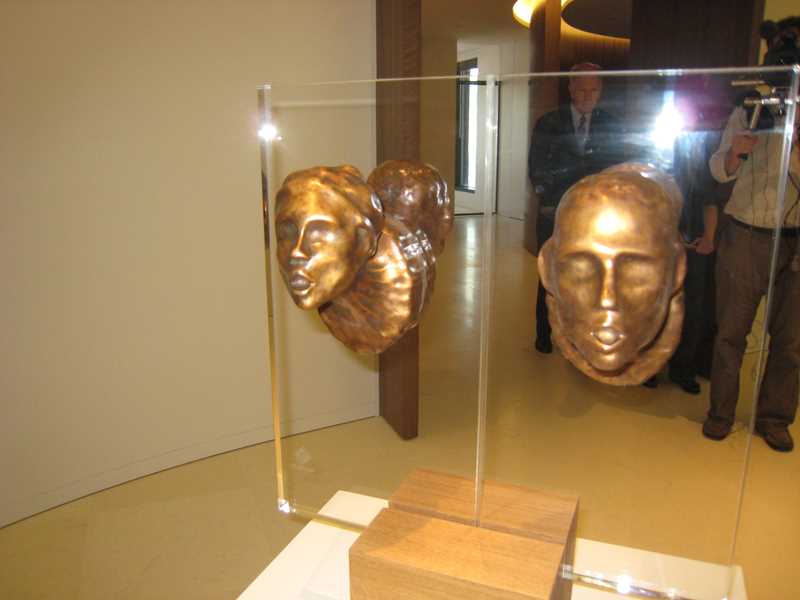 Perry cites ceiling heights of at least 10 feet and dark, rich hardwood floors as examples of an aesthetic that’s modern but warm. The interiors have “a contemporary, clean look with classic overtones,” Perry says. “It’s not meant to be a techie building.” The baseboards, for example, will have three pieces of wood stacked horizontally in a stair-step design, a look that Perry describes as “modern with an Art Deco flair.”

At Trump International Hotel & Tower, which will be the tallest residential building in Chicago other than the proposed Chicago Spire, interiors echo the streamlined architecture by Skidmore, Owings and Merrill, with floor-to-ceiling windows, ceiling heights of at least 10 feet (up to 16 feet in the penthouses) and 16-inch limestone tile in the bathrooms.

“The look is very contemporary,” says Leah Harriett, who is leading sales for the project.

Opulent kitchens, baths
Whether a building has a traditional or contemporary look, designers and developers agree that kitchens must be showpieces – even if residents won’t be doing much cooking. Top-of-the-line appliances are de rigueur. Most properties at this level offer built-in Sub-Zero refrigerators and professional-quality stoves by Wolf or Viking. Countertops are granite or limestone, and cabinets have become design statements in themselves.

For the Mandarin Oriental, Perry selected cabinets from Valcucine, giving the kitchen an air of exclusivity, since the brand is not widely known in the U.S. “The cabinets are very modern, but the colors and warmth lend themselves to a more sophisticated design palette,” he says.

Ten East Delaware, where condos are priced from the $540s to $2.5 million, offers cabinetry by Poggenpohl, a German company founded in 1892 and another brand seldom seen in Chicago developments.

Buyers at The Legacy at Millennium Park, another modern building heavy on glass, can choose from cabinets by Snaidero and Wood-Mode. Kelly, the design coordinator, says she’s seeing an interest in reconstructed wood grain, which runs from left to right rather than up and down as in standard wood cabinets. “It costs a lot more, but it’s more contemporary looking,” she says. “As long as it’s beautiful and well made, buyers are willing to pay for it.”

They are also requesting onyx countertops, which come with distinctive swirls and color variations that make some pieces look like photos of far-off planets. The material is more porous and therefore harder to maintain than the usual granite, but some buyers are undeterred. “It’s a diva countertop,” Kelly says, “but they want that look.”

Bathrooms are another top priority for buyers, so developers are lavishing them with imported marble tiles and mosaics. Master bathrooms almost always come with separate shower stalls and soaking tubs.

At Canyon Ranch Living – Chicago, the master bathroom includes marble countertops three centimeters thick, and sleek Laura Kirar Vir Stil faucets by Kallista, another example of making a room look distinctive by using a brand that doesn’t show up in every other model home. The state-of-the-art Kohler DTV shower has a digital interface that allows users to customize the temperature and water pressure of the shower head and three body sprays.

“Luxury means having a home that’s a personal oasis,” says Nancy Nugent, director of sales for Related Midwest, which is developing Canyon Ranch Living. “The bathroom should be a place you want to hang out.” To encourage soaking, built-in niches around the tub were designed to hold candles or glasses of champagne. “We’re giving the homeowner a reason to stay and linger,” Nugent says.

Choices galore
Storage is another big selling point for high-end properties, says David Brohan of The Enterprise Companies, which is developing One Museum Park in the South Loop and Walton on the Park off the Magnificent Mile. “When you have people moving from a house in the suburbs, that’s a big consideration,” he says. At Walton in the Park, all the closets come with wood organization systems installed, and even the smaller, one-bedroom units have walk-in closets.

To give owners maximum flexibility, on-site design centers at Enterprise’s buildings are stocked with a wide range of options and styles. The Hansgrohe plumbing fixtures, for example, run the range from ultra-contemporary faucets that bend at sharp right angles to more traditional models with gracefully curved handles. For bathroom floors and walls, clients can choose smooth white marble or more dramatic textured slate or limestone in shades of gray or green. One shower stall in Walton on the Park’s model home, for example, is covered in dark brown mosaic tile.

“These are sophisticated buyers, and they ask every question,” Brohan says, noting that many buyers hire their own interior designers. 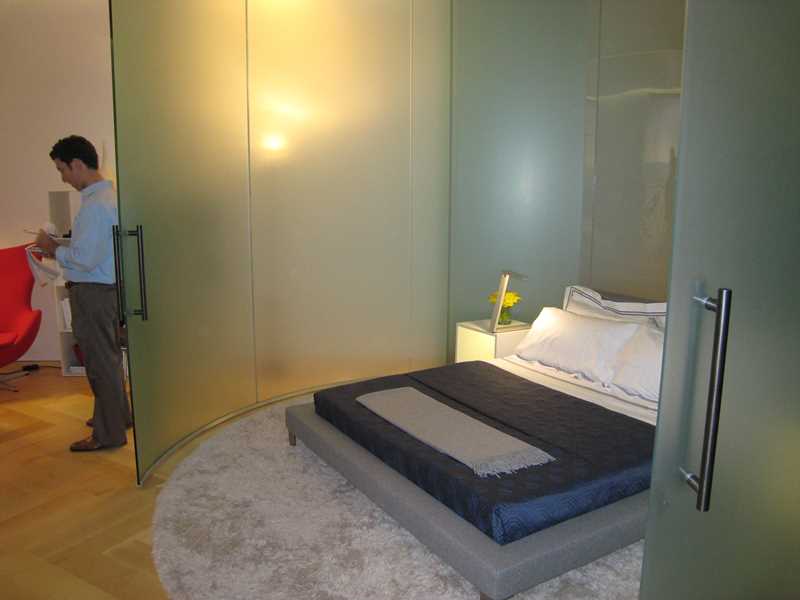 “I was able to customize much more than I was expecting,” says Peggy Austin, who bought a three-bedroom three-bathroom unit at Walton on the Park. After years of living in a traditional Tudor house in Hinsdale, Austin says, she and her husband wanted their new home to have a fresher, clean look. A self-described “design person,” she enjoyed sorting through her options to create exactly the environment she wanted.

“A design center can be very overwhelming for some people,” she acknowledges. “You need to create a cohesive look.”

To avoid overwhelming buyers, some developments offer only limited interior finishes. This seems to work best when a building has a clearly defined aesthetic identity. At Lincoln Park 2520, for example, wide-plank oak floors are the only flooring option (although buyers can choose from four stains), and there are only three choices of Waterworks faucets, all with a traditional look. Having a carefully edited selection streamlines the buying process, says Murphy, of Lincoln Park 2520 developer Ricker Murphy Development, LLC. “It avoids confusion.”

At Canyon Ranch Living – Chicago, features and materials are also fairly limited. “Buyers trust us to create a palette of finishes compatible with the style of the building,” Nugent says. “They want their home to be a soothing backdrop to the busy city outside. They don’t need to sit down with us every month for two years of construction picking out fixtures.”

No matter what a home’s interior style may be, owners expect to seamlessly integrate electronics into it, installing their flat-screen TVs and built-in speakers without visible wiring.

At The Palmolive Building, the historic 37-story Art Deco tower at 159 E. Walton St., an Ethernet system gives buyers the option of a touch screen from which they can call for their cars from the valet, request maintenance service, receive package notification, adjust climate zones within their homes and more.

Kelly, the design coordinator for The Legacy at Millennium Park, calls this “scene setting,” and she says it has become important. At The Legacy, that means automated controls for everything from lighting and sound systems to motorized shades. “Clients are asking for things that aren’t fussy,” she says. “They want to push a few buttons, sit down, and relax.”

To sell to such buyers, developers must be prepared to offer something approaching perfection.

“These are not impulse buyers or speculators,” John Murphy says. “This is a life-based decision, because they want to make this their home. So they have a more critical eye.”

For developers, selling to highly discriminating buyers in a market rife with competition depends on whether their homes still dazzle after all that scrutiny.