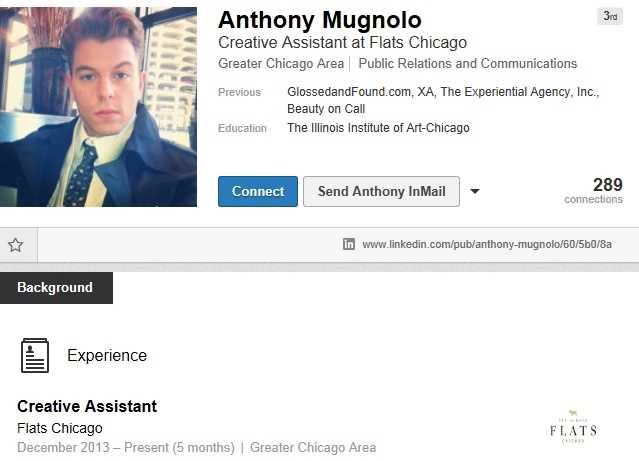 YoChicago has zero tolerance for the comment fraud and review fraud that some inept landlords and rental services seem to find attractive. Our Privacy policy provides that you expressly waive its protections if you engage in deceit on behalf of a business in our comments.

On April 14 a commenter with the screen name of Ant wrote the following in response to a post about a Flats Chicago renter’s problems with the company:

I am not really looking to stand up for flats as I have never been in their buildings but it really seems like you have it out to get them…why are you so focused on them? There are so many far worse buildings in our neighborhood. It just seems a bit weird to me.

Ant’s comment was one of several suspect comments on our post, and his IP address was also the source of comments posted under the screen names of Zorica and Ravi. The IP address is assigned to an IT consultant whose clients include affiliates of Flats Chicago.

The above Yelp review was posted on behalf of Ant “Ant Muggz” M on April 14. YoChicago commenter Ant had never been in a Flats building while Ant Muggz had recently been to one. There’s reason to believe Ant and Ant Muggz are the same person.

The email address supplied by YoChicago commenter Ant begins with antmuggs. A Google search for antmuggs leads to the LinkedIn profile pictured above for Anthony Mugnolo, who reports being currently employed as a “Creative Assistant at Flats Chicago.”

Ant Muggz posted 3 of his 4 Yelp reviews on April 14, several days after our post. His only other review on Yelp was posted last September.

Yelper Andrew J posted 3 reviews on April 16, his first-ever, including the highly-suspect take on Flats Chicago pictured in the above screen cap.

Fraudulent reviews and comments are serious offenses in violation of Federal Trade Commission guidelines. Yelp has filed lawsuits against fraudulent reviewers and the FTC and New York Attorney General have hit businesses engaging in the practice with substantial fines.

There’s a pattern to comments about Flats Chicago on this site. Negative comments come from identifiable individuals who can document that they are Flats residents; positive commenters are anonymous, and some have multiple screen names. Doing business with a company that engages in comment / review fraud is risky and, in my opinion, to be avoided.

Note: I reached out to Anthony Mugnolo via email with an outline of the contents of this post and gave him a phone number where he could reach me with any comments or questions. He hasn’t responded, but his Yelp review of Flats was subsequently deleted. We’ve fully documented it with screen caps.

Added 4/22: The LinkedIn profile pictured at the beginning of this post is no longer available. Another one of his Yelp reviews, which we’ve documented, has been deleted. 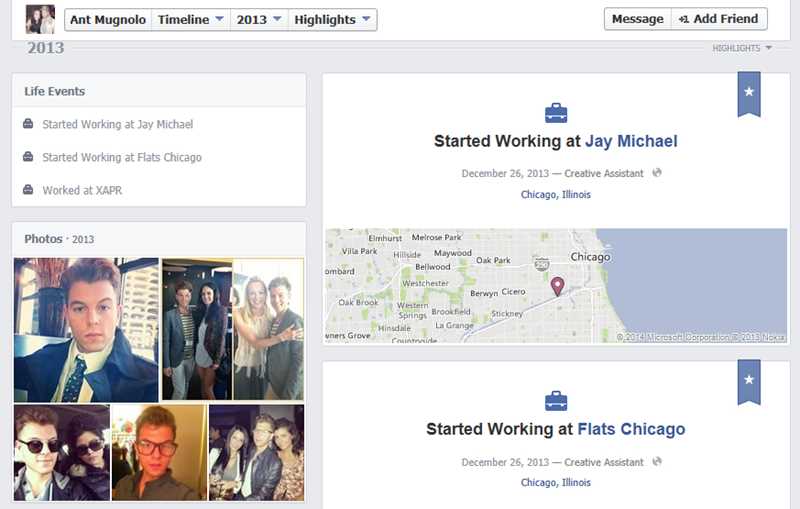 Mugnolo’s Facebook account still reflects his association with Flats Chicago. Will that be the next item to vanish down the memory hole?