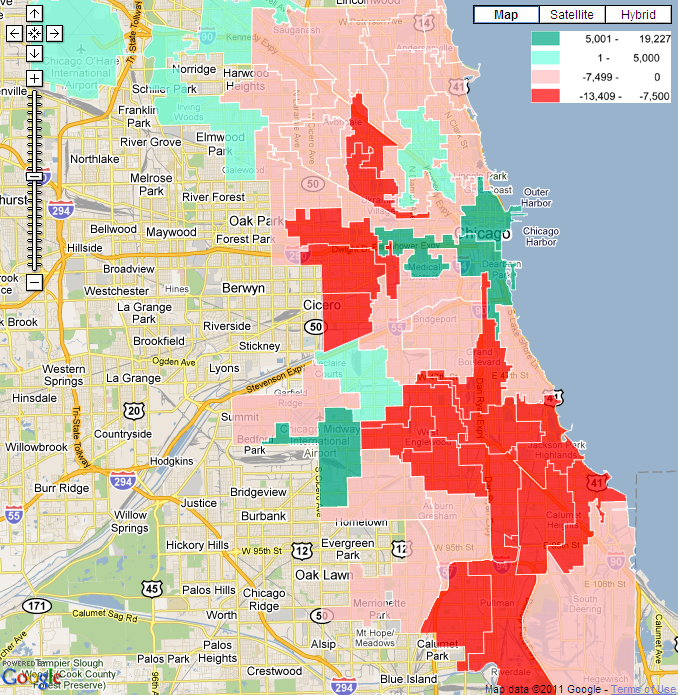 Word is there’s some sort of election going on today, so it’s fitting that the latest mashup of Census data I’ve seen plots out population changes from 2000 to 2010 by ward.

The map, created by Rob Paral and Associates, allows users to see total changes (shown in this image — green shows growing populations, red shows shrinking populations) or filter by race. Paral also has tabulated, ward-by-ward numbers on his website and in a downloadable spreadsheet.

Thanks to Levois at The Sixth Ward for the find.