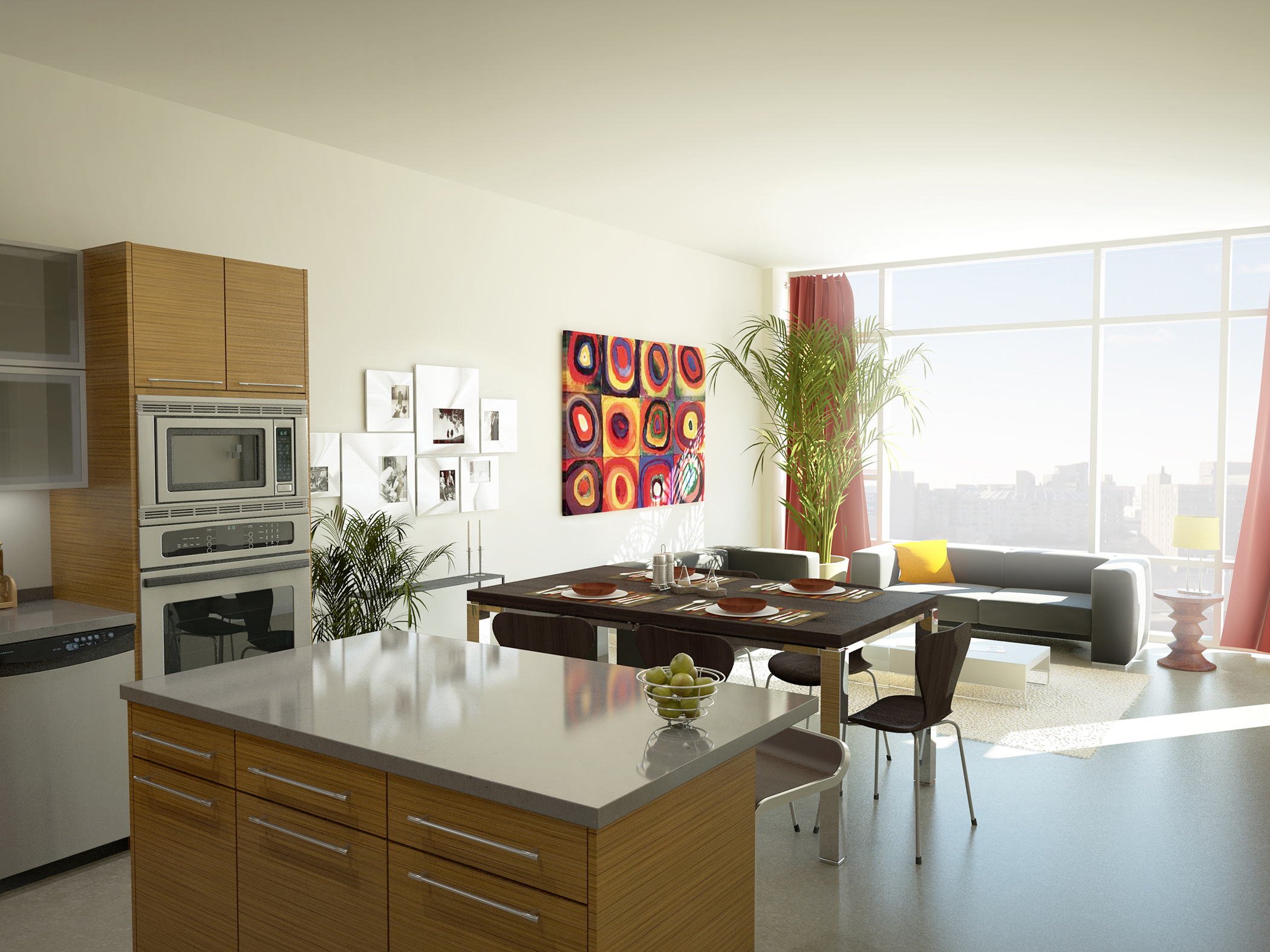 The bustling West Loop continues to fly in the face of the sagging economy, and leading the resistance is the Mod mid-rise condo project at 1222 W Madison St.

The 56-unit first phase of this 92-unit, ultra-modern creation is establishing its own architectural context in the neighborhood, the result of the futuristic mindsets of developers Stillpoint Development, The Pickus Companies and Castlebar Enterprises.

“The developers definitely wanted modern,” says Chris Payne of Sullivan, Goulette & Wilson, architects for the project. “We started with bold red panels and a lot of glazing on the outside and carried the contemporary look into the lobby, and we went with an open floor plan in the unit interiors.”

And it is these unique unit interiors that Stillpoint principal Daniel Boyd says are one of the project’s most salient features. Boyd says the countless hours spent by the developers in designing the floor plans have resulted in the most efficient use of interior space of any building he has ever seen.

“Mod was designed from the inside out,” Boyd explains. “We pored over the floor plans to ensure total functionality in even the smallest units. We definitely didn’t come up with a shell and then jig-saw the units to fit. We let the interiors dictate the exterior.”

Boyd cites a number of examples, such as the minimal use of hallway space and the fact that even the smallest unit has a 20-foot span from the front windows to the kitchen bar, allowing for placement of a table with surrounding chairs.

“Where else can you find a dining room in a 900 square-foot one-bedroom residence?” he asks.

Ten-foot floor-to-ceiling windows light up the contemporary, open-look residences with a vast array of high-end finishes that include kitchens equipped with stainless-steel appliance packages.

“Every unit has the exact kitchen finishes that appear in the sales center model,” says Boyd, who notes that the model and sales office will move to the building in October 2008. “What you see is what you get. We didn’t overstate the product by using upgrades in the model.”

“The bathrooms are really impressive,” says Payne, who points to the large shower areas as one of the signatures of the project. “This development team has a reputation for designing extremely attractive baths, and that’s one of the first things that catches the eye of a prospective buyer.”

The location of the project, in the heart of the West Loop, couldn’t be better. Several transportation options are at hand, and Randolph Street’s “Restaurant Row” is just steps away. And for shopping convenience, the West Loop is replete with options, including Starbucks Coffee, Walgreens, White Hen Pantry, Dominick’s, Blockbuster and plenty of specialty stores.

The unit mix consists of one-bedroom, two-bedroom, and two-bedroom-plus-den condos with one or two baths and 860 to 1,470 square feet of living space. Pre-construction prices range from the $280s to the $490s, with deeded parking priced at $35,000, according to sales manager Michael Battista of Jameson Real Estate, exclusive marketing agent for Mod.

Battista says there are four different one- and two-bedroom layouts to choose from in the first phase, and several $10,000 incentives remain from those offered earlier.

Approximately fifty percent of the first-phase units had sold as of August, and sales have not even begun on the smaller second-phase I building. Battista estimates that construction of that 36-unit building should begin in the late summer of 2009.