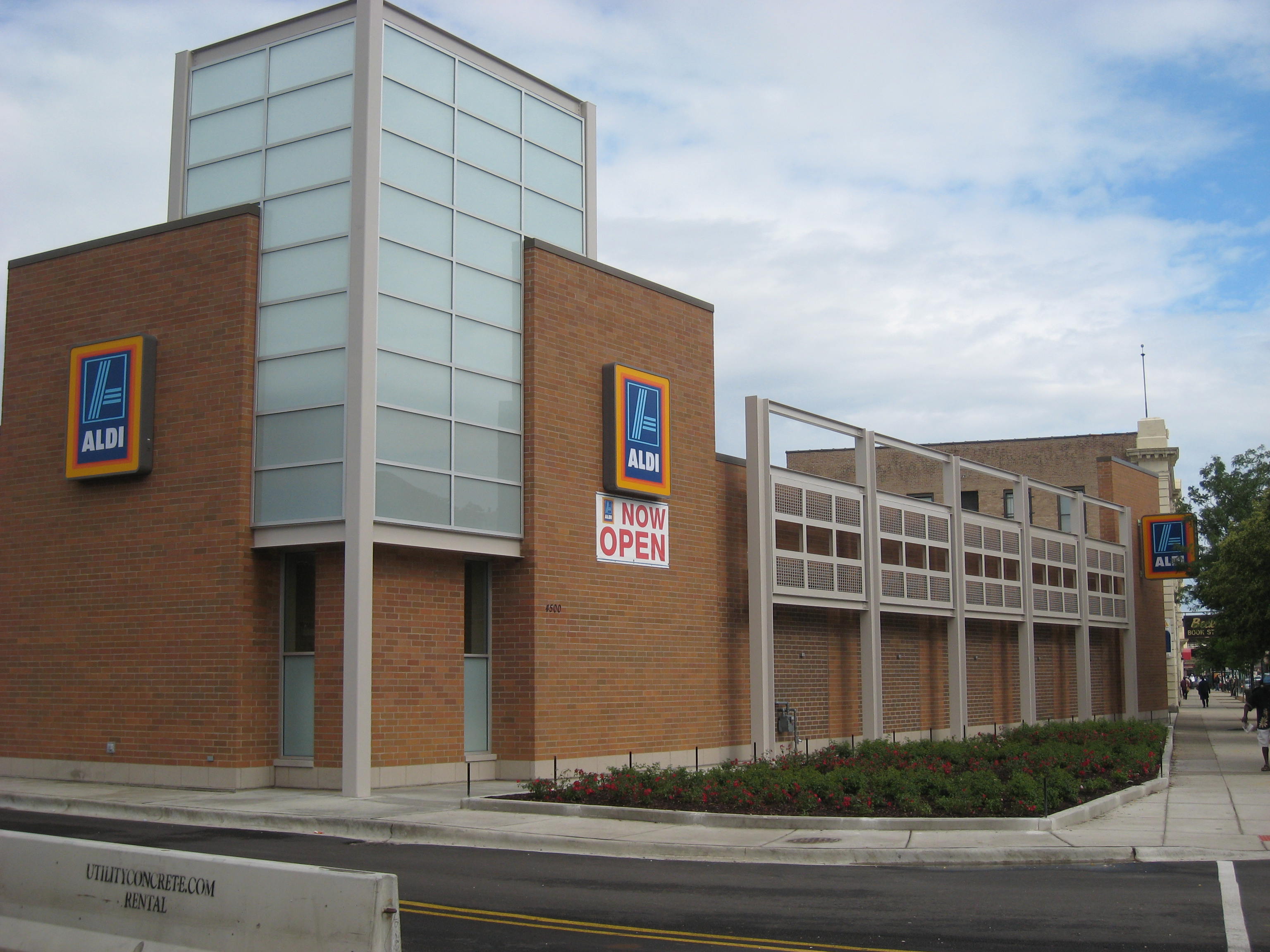 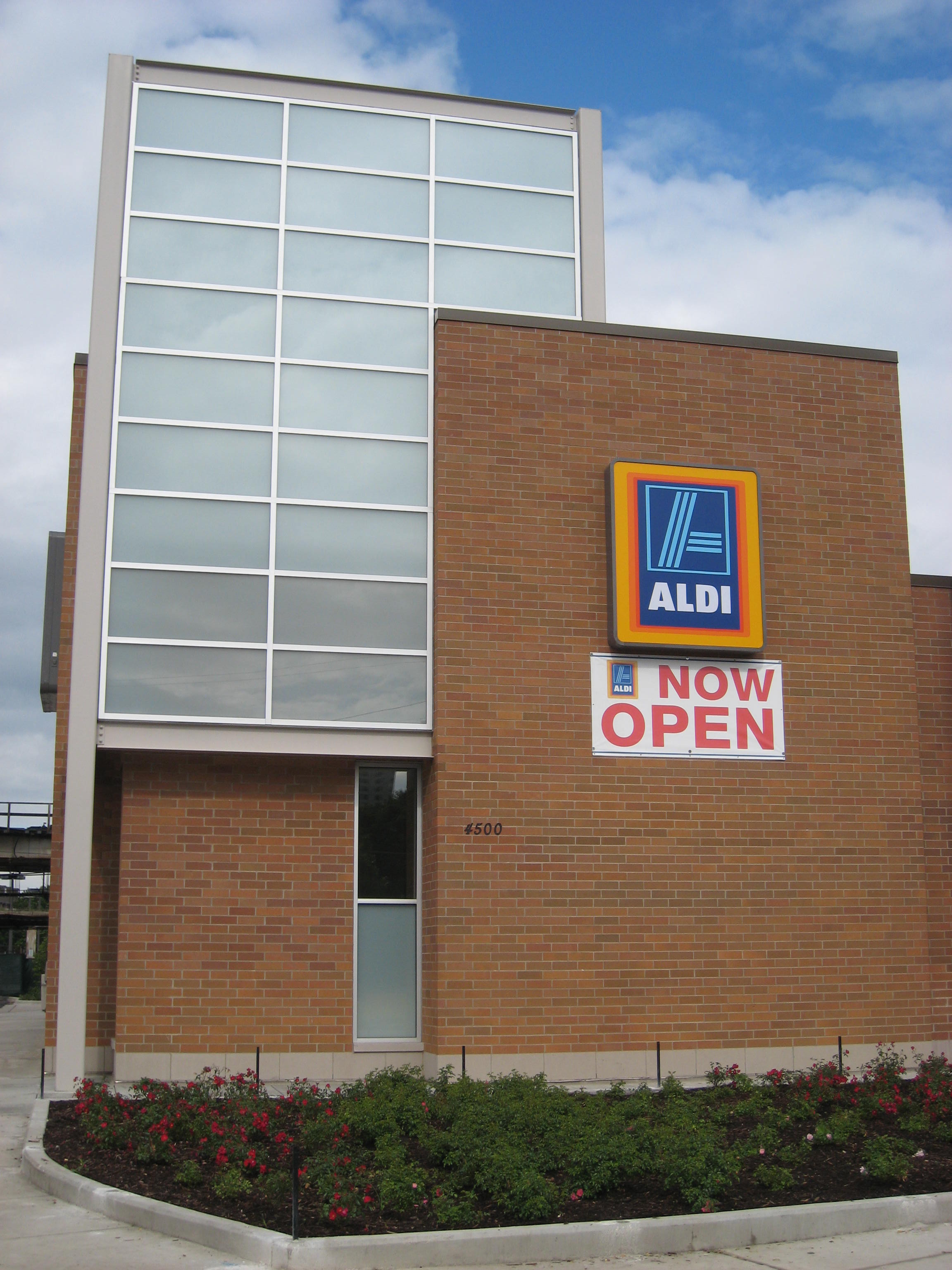 The one piece of the mixed-use Wilson Yard project in Uptown that has moved to completion is the relocation of the old Aldi store on Broadway to a new site next door, at 4500 N Broadway.

The new Aldi is now open, and for a grocery store, she don’t look so bad. Nearly every new grocery store we see these days front-loads the parking, which tends to kill a large stretch of street – not something Broadway can afford. By comparison, the new Aldi is fairly street friendly. Grocery stores aren’t known for their windows, but the blank facade is dressed up a little with multi-colored brick, an ornamental frame and a modern glass corner element. A nice little garden, which will probably be lush in a month, curves along the sidewalk.

The development will also include a Target store, 178 units of affordable housing and parking for several hundred cars. It has suffered the pullout of a movie theater, cost overruns, delays and threats from Target to withdraw over a proposed “big box” ordinance. Despite the obstacles, developer Peter Holsten has said in recent news reports that he expects completion in about two years.

The new Aldi will have an official grand opening on June 18.