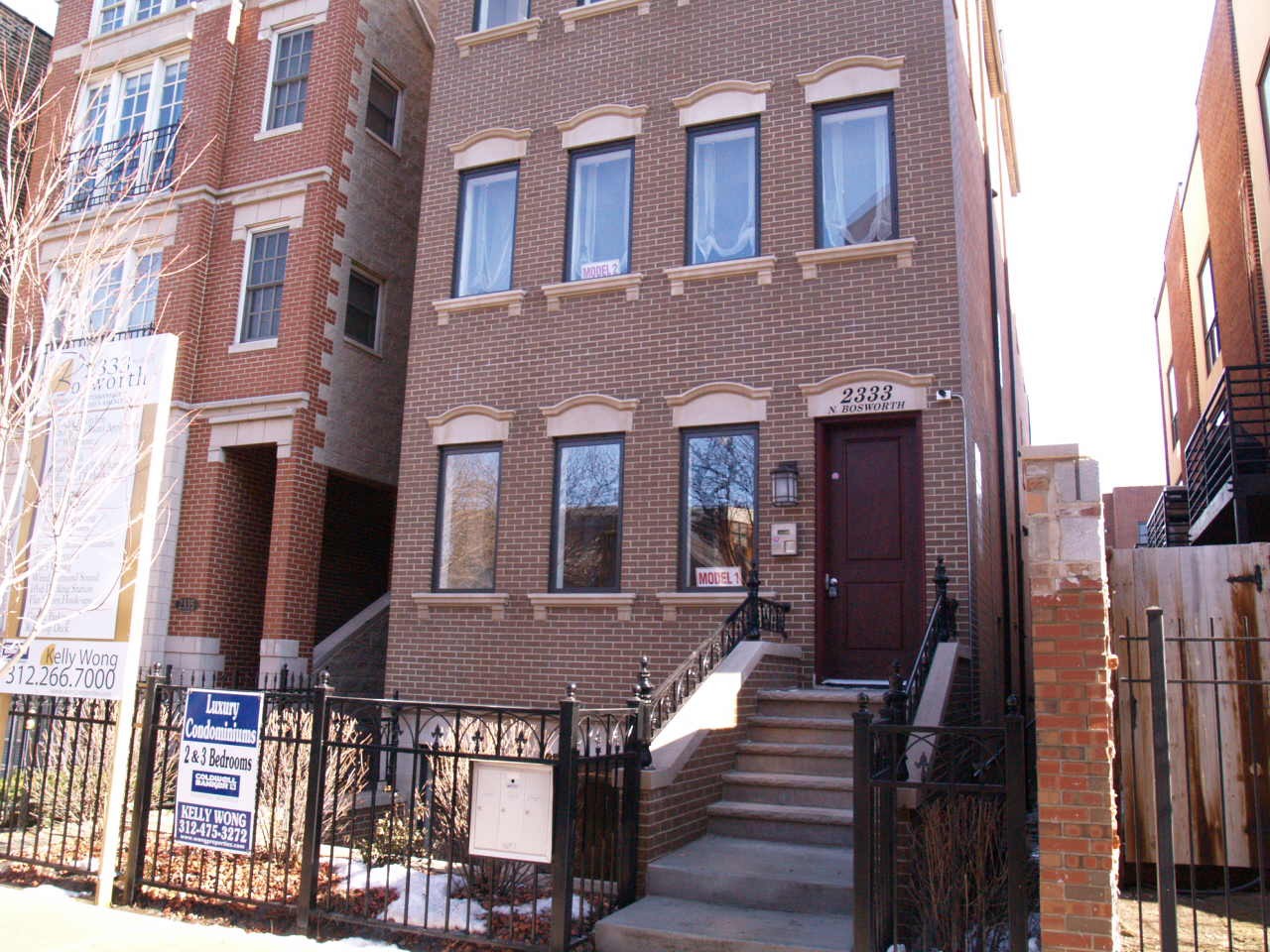 Unlike some of the condo developments near the busy intersection of Fullerton and Ashland avenues that have tended to have a modern design, this three-flat at 2333 N Bosworth St in Lincoln Park goes for a more classic style. Considering that I had to ask the agent whether it was a conversion or new construction, I think it pulls it off.

Judging from the photos Coldwell Banker agent Kelly Wong emailed, these homes have been finished with elaborate wainscoting and built-in shelves in the living areas. According to the listings, they’ve also been tricked out with a phone intercom system and an iPod docking station with surround sound.

Wong says the ground floor duplex has been sold, but two condos are still for sale. The three-bedroom / two-bath duplex on the top floor, whose semi-vaulted ceiling can be seen in the photo below, at left, has 1,800 square feet of floor space and is priced in the $650s. The 1,450 square-foot two-bedroom / two-bath on the second floor is priced in the $450s. Between the two, the average price per square foot is about $344.

Both condos come with garage parking and outdoor space. 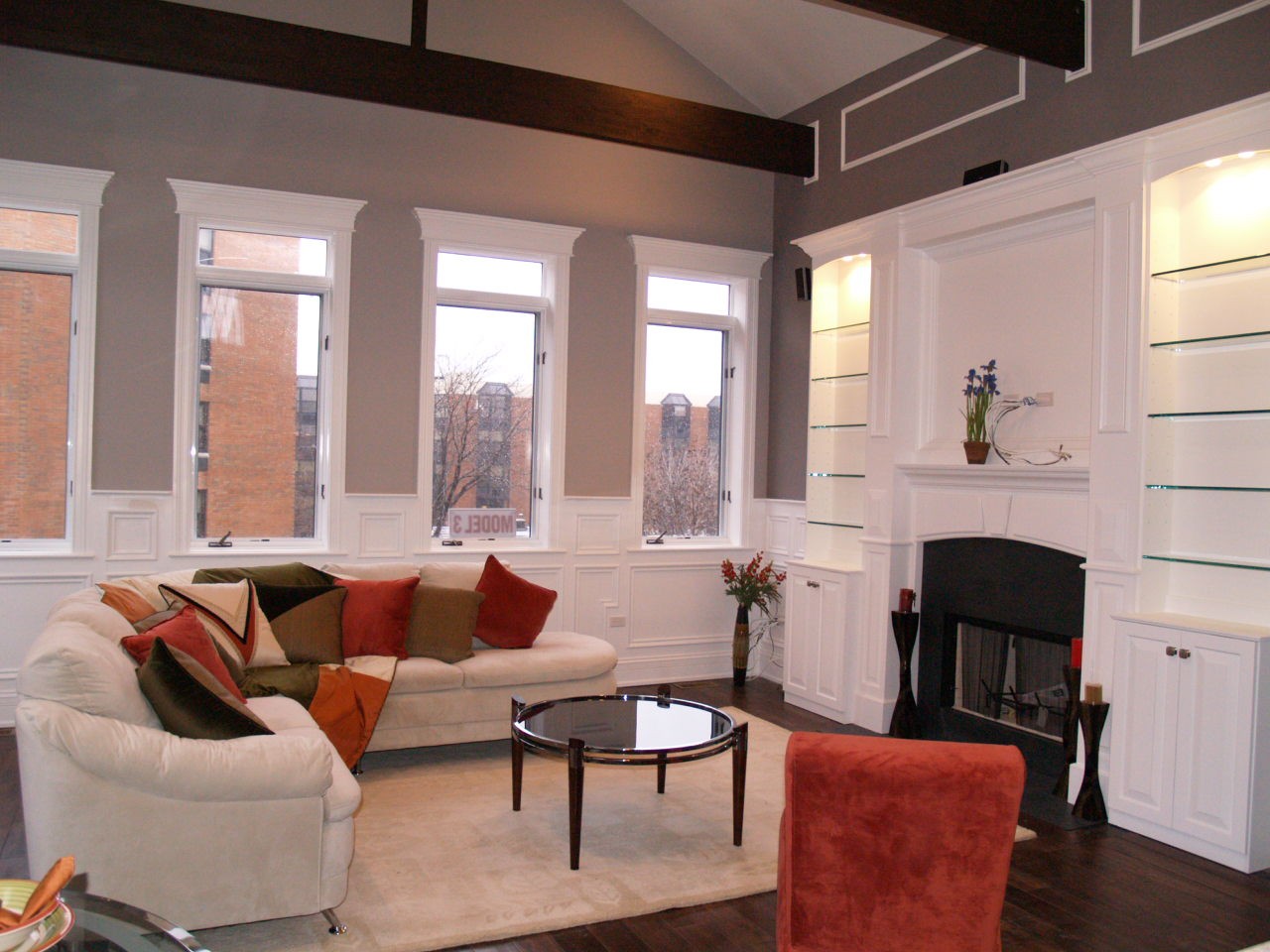 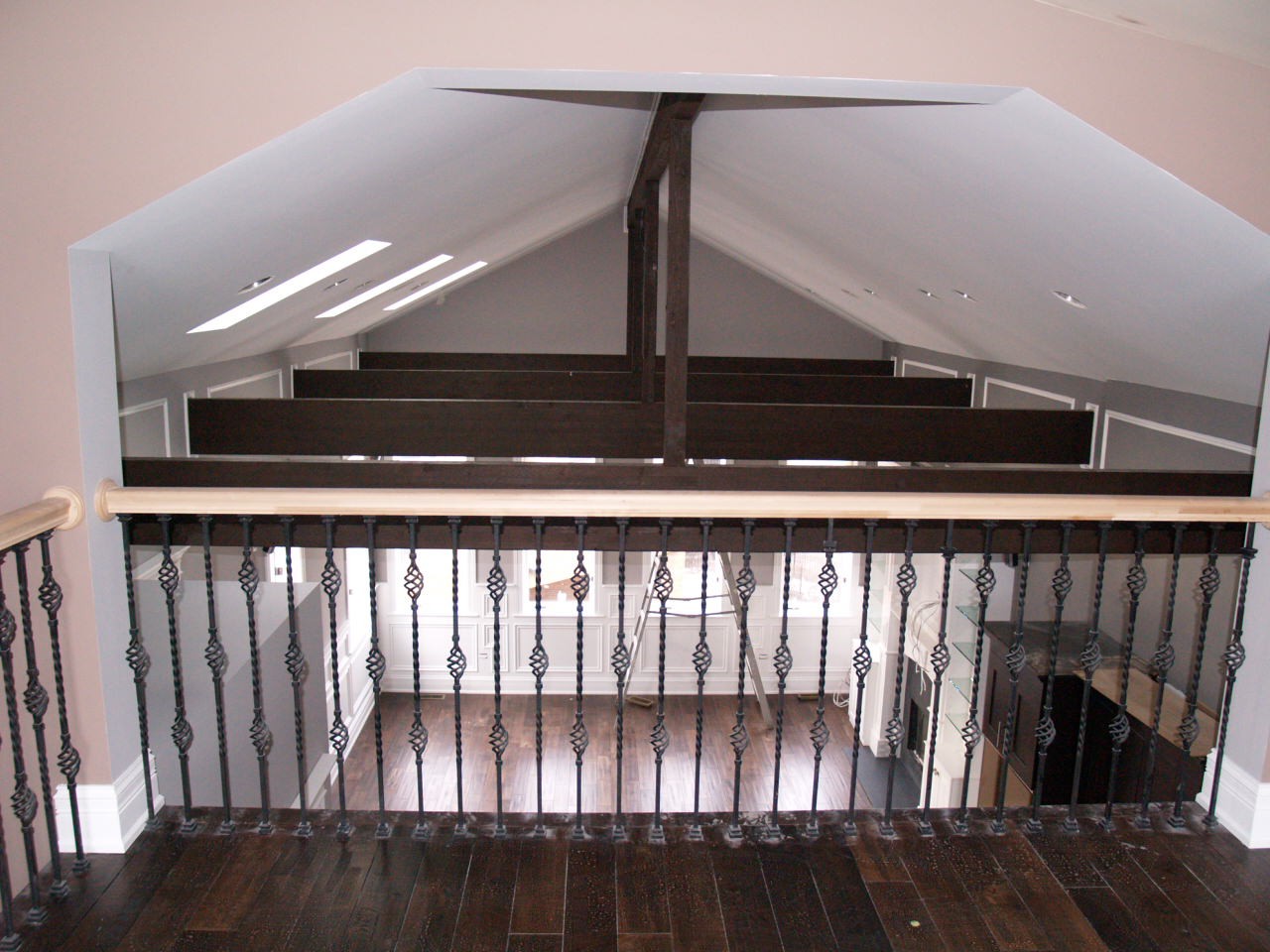 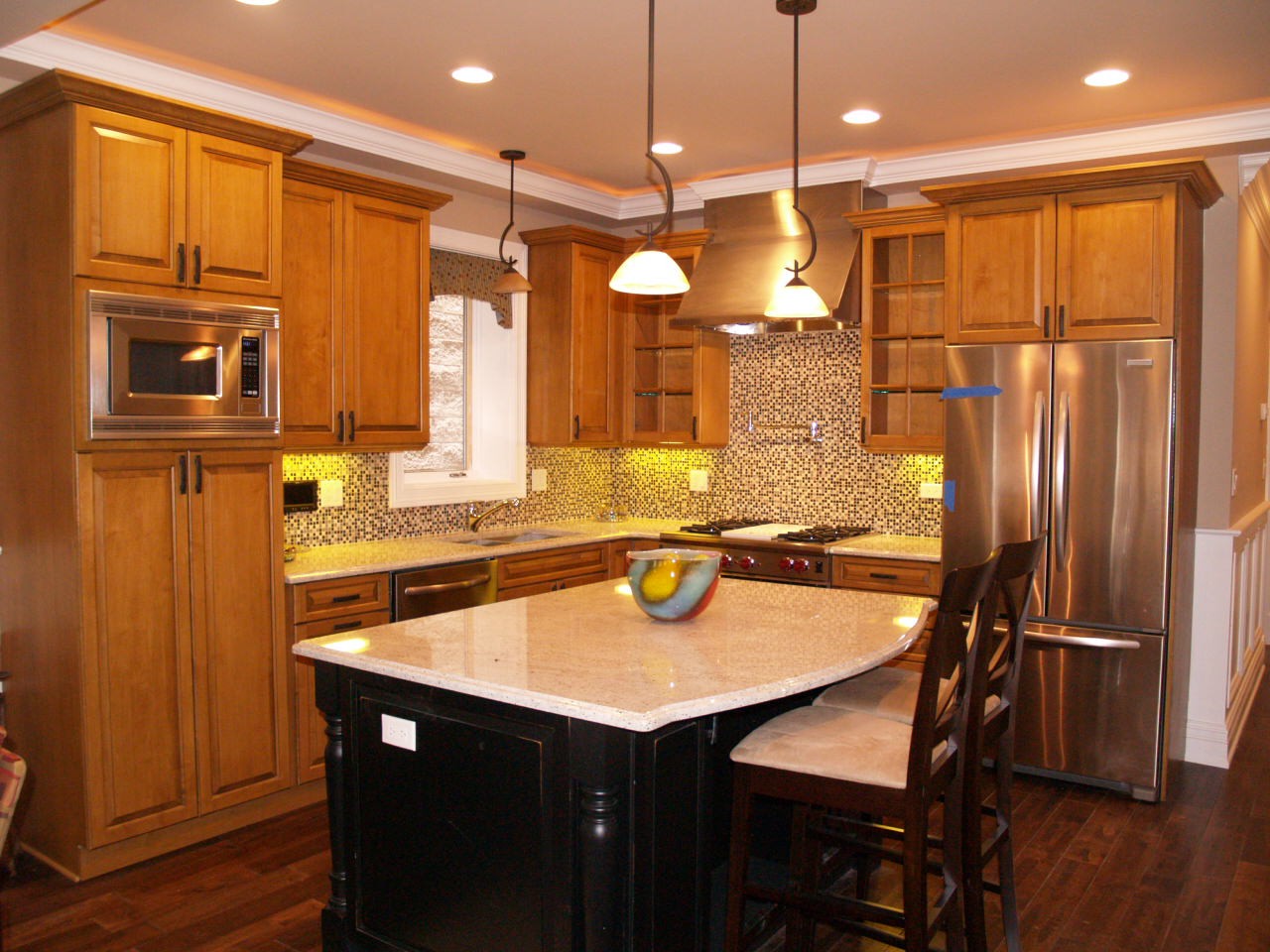 Newer Post
Quote of the day: When you're sad and lonely…
Older Post
Unleased commercial space converted to condos at 3025 North California in Avondale