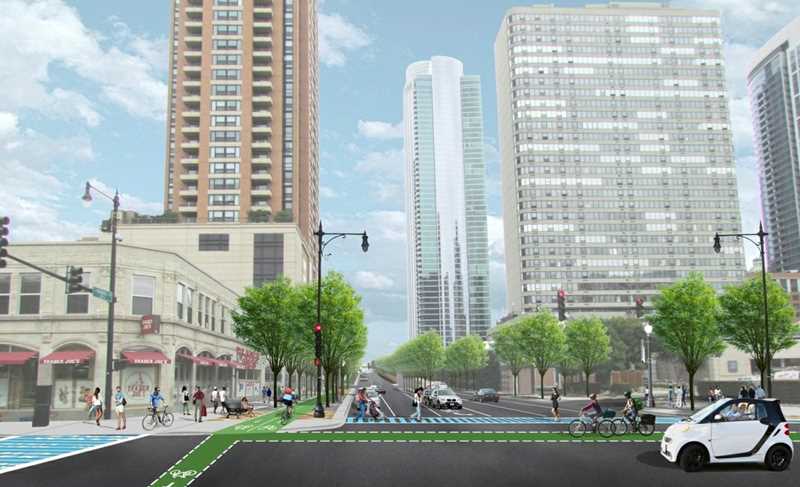 The South Loop is one of Chicago’s more bike-friendly neighborhoods and Wabash Ave, one of its bike-friendliest streets, is slated to become more so. 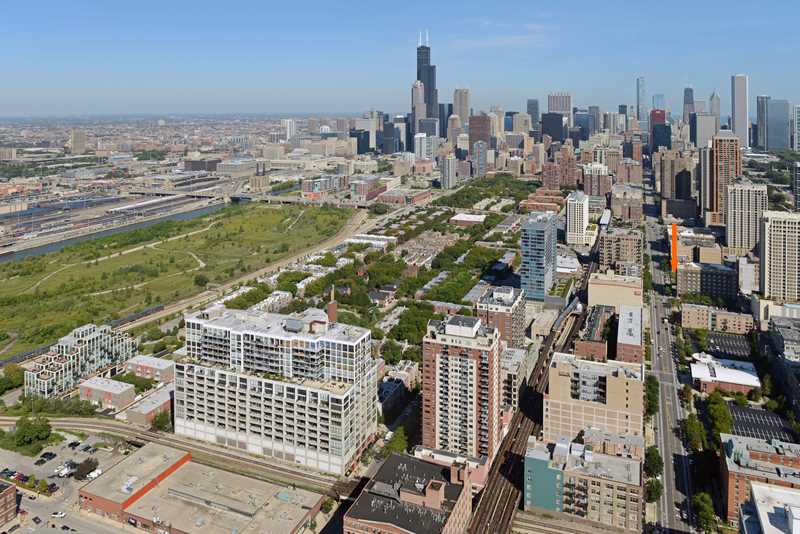 The bike lanes along Wabash between Cermak Rd (2200 S) and Harrison St (600 S) are “buffer protected.” If you don’t understand that term, click on the aerial view above to bring up a larger version and examine the paint striping. The double-striping on either side of the bike lanes buffers bikers from cars.

The new condominiums under construction at 1345 Wabash are midway along this buffered path, which connects riders to Chinatown to the South and to the cluster of colleges and universities at the southern edge of the Loop to the north.

The rendering at the top of this post shows part of the planned restructuring of bike lanes along Roosevelt Rd connecting Wabash Ave to the lakefront and the 18-mile Lakefront Trail.

Longer-term plans (pdf) call for Wabash to be a major “spoke route” north to Randolph St in the heart of the Loop, just west of Millennium Park.

Residents at 1345 Wabash will have access to multiple bike storage rooms. DIVVY bikes are available around the corner on Michigan Ave and outside the Starbucks at Wabash and Roosevelt Rd.

1345 Wabash has one-bedroom condos that are pre-completion priced from $219,900 and two-bedrooms from $289,900. Floor plans, detailed specifications and more information can be found at the 1345 Wabash website. A sales center is open at 1620 S Michigan Ave.