North Side nexus: How four neighborhoods maintain their allure 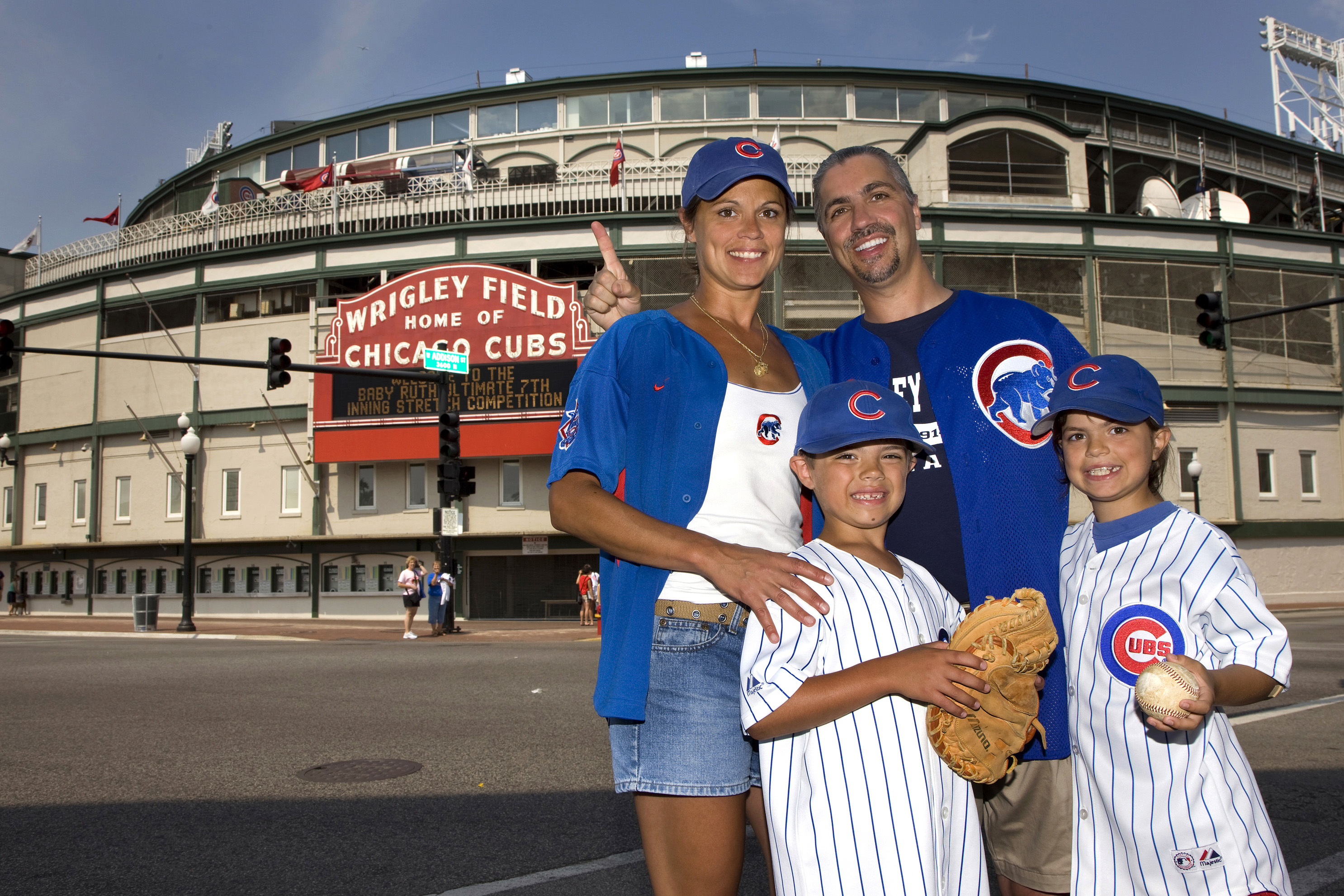 The North Side: For Chicagoans, the term conjures visions of a sprawling, verdant park hugging harbors and bordered with beaches, or memories of a beloved, bespectacled sportscaster leading a field of lovable losers in song. It was home to immigrants and celery farmers before the birth of Chicago itself, and for more than 170 years has been one of the city’s most vibrant and dynamic residential areas.

Even today, with so much focus placed on the Loop’s soaring high-rises and the downtown’s luxurious lifestyle options, homebuyers covet few things more than a home with a North Side address.

According to Midwest Real Estate Data, the North Side – the area bounded by Lake Michigan, North and Western avenues and Irving Park Road – had slightly fewer listings between Jan. 1 and June 30 than the Loop/downtown area or the South Side, but it boasted the highest average sale price of any area in Chicago during that time: $521,257. Nevertheless, more than half of the North Side homes listed in the first two quarters of 2008 were priced below $500,000, suggesting the area is still accessible to a buyer on a budget.

The NewHomeNotebook.com database lists more than 130 active new-construction and gut-rehab projects on the North Side, and almost all of those developments are located in one of the area’s four major neighborhoods: Lincoln Park, Lake View, Bucktown and Wicker Park. 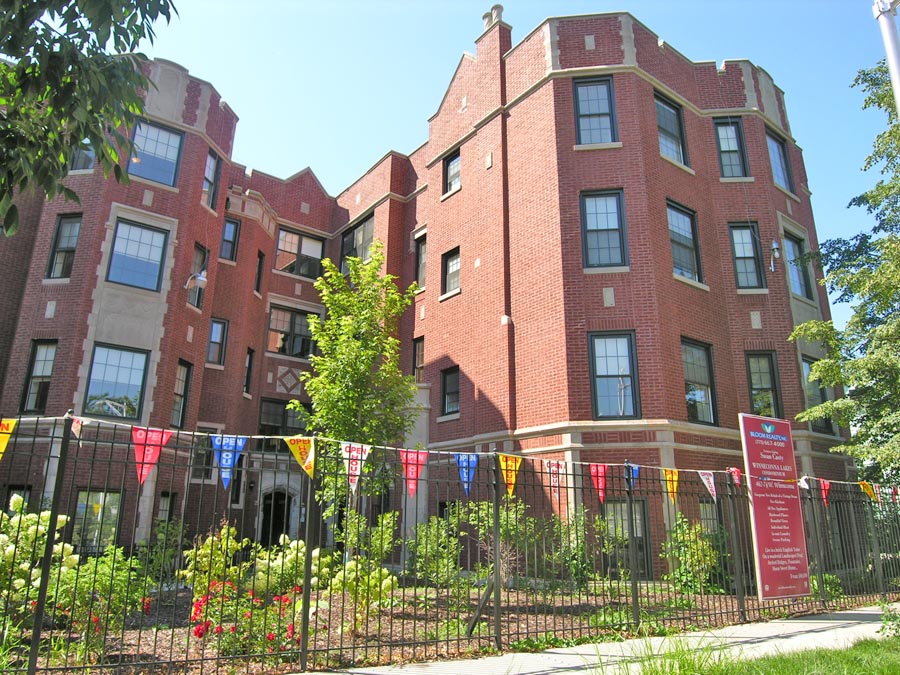 More than four decades after redevelopment and gentrification began there, Lincoln Park still has a cachet rivaled only by the upscale Gold Coast neighborhood. David Wolf, one of @properties‘ top agents on the North Side, says that Lincoln Park’s reputation reaches far beyond the city limits.

“When I was in college in Ohio, Lincoln Park was the neighborhood that everyone knew about, even if they weren’t from Illinois,” Wolf says. “If you were moving to Chicago after graduating, Lincoln Park is where you wanted to live. It felt a little like the suburbs in the city: very safe, very homogeneous.”

Roger Lautt, an agent with RE/MAX who has been working in Lincoln Park for about 25 years, says he expects to see less development in Lincoln Park than in other areas, because the cost of land has become prohibitively expensive. Part of the shift can be attributed to the rising price of land near the lakefront.

“There’s just almost no land left close to the lake,” Lautt explains. “The land value is becoming cost prohibitive in Lincoln Park, so developers have to sell for more, and I don’t think that Lincoln Park properties are necessarily selling for more than these other neighborhoods are now.” In Lake View, a home’s popularity depends greatly on its school district, Wolf says. For example, a house near the Southport Avenue corridor between Addison Street and Irving Park Road can command a higher price than similar homes to the east, simply because it stands within the boundaries of the popular Blaine Elementary School.

Among the new-construction homes located in the Blaine district are The Ashby, an 18-unit condo development at 3844 N Ashland Ave, where two-bedroom / two-bath condos are selling from the $410s to the $480s, and a similar 22-unit development across the street at 3823 N Ashland Ave, where one- two three-bedrooms range from the $360s to the $690s. Both projects are a short distance from Southport’s blocks of bars, restaurants, music venues and independent movie theaters, as well as the CTA’s Brown and Red lines, which transport riders downtown from the far northwest and north sides of the city, respectively. Wicker Park and Bucktown: From boho to boutique

For Wolf, it was Bucktown, not Lincoln Park or Lake View, that he eventually called home. The decision to live in Bucktown was easy once he looked at the factors that mattered most for his young family and his career.

“Of all the neighborhoods in Chicago, Bucktown has one of the biggest ranges for purchasing,” Wolf says. “In Lincoln Park, there’s not really a low end for buying, but in Bucktown, you can find a condo for close to $200,000 all the way to a single-family home selling in the millions.”

“Plus there was the appeal of transportation. I have a great proximity to the Kennedy Expressway and the Blue Line, and the neighborhood is centrally located, so I’m the perfect distance from both O’Hare and downtown,” he says.

In fact, even though Lincoln Park long had a reputation for being the North Side’s “family neighborhood,” a drive through Bucktown on any given weekend proves that it is staking its own claim to that title.

“Whenever I’ve been in Lincoln Park on Armitage shopping, it seems like it’s not so much the young families, it seems like there’s college kids and an older crowd,” says Karen Ranquist of Ranquist Development, which builds in both Bucktown and Wicker Park. “If you go down Damen on a Saturday afternoon, everyone either has a stroller or dogs, jogging, or a school-age kid.”

Thanks to the emergence of upscale boutiques like Marc by Marc Jacobs and Scoop NYC over the past two years, it isn’t just families that are drawn to Bucktown, says Susan Nick, an agent with Sudler Sotheby’s International Realty.

Because available land is in greater supply in Wicker Park and Bucktown, those neighborhoods afford developers different opportunities than do Lake View and Lincoln Park. Karen Ranquist says she has done projects on Clybourn and Sheffield avenues in Lincoln Park, but recently she has focused on a handful of new developments on Division Street in Wicker Park and Wolcott Avenue in Bucktown.

Popular architects Studio Dwell and Osterhaus McCarthy design most of Ranquist’s new developments in Bucktown and Wicker Park, and she says they attract buyers that are interested in modern architecture. Ranquist’s Urban Sandbox development is currently under construction in the 1600 block of North Wolcott Avenue, where a handful of condos are still available from the $690s to $1.2 million. One of the project’s single-family homes, a 6,163 square-foot house with four bedrooms and 3.5 baths, is under construction and priced at $2.34 million.

Ranquist Development also broke ground recently on a new six-unit development at 2028 W Division St. The groundbreaking for that building comes on the heels of three similarly-sized new condo buildings the developer built in 2007 and 2008. Karen Ranquist says she uses her success at projects like the one at 1711 W Division St or the twin buildings at 2454 and 2157 W Division St as models for her newest project.

Ranquist isn’t the only developer taking advantage of Division Street’s popularity, however. Near the historic “Polish Triangle” formed by Division Street and Ashland and Milwaukee avenues, construction is underway on RDM Development’s newest project, a 33-home mid-rise called Vision.

Vision, located at 1624 W Division St, will have two- and three-bedroom residences ranging from 1,336 to 2,000 square feet. In an attempt to cater to the tastes of the traditional Chicago homebuyer while remaining competitive with the modern styles of Ranquist’s condos, RDM is offering two radically different sets of finishes for Vision’s units: the “Urbanite” package, consisting of concrete countertops and stone bathroom flooring, and the “Luxe” package, with travertine throughout the kitchens and baths.

Homes at Vision were priced from the $440s to the $590s in early September.

Although the two neighborhoods were nearly indistinguishable a decade ago, the identities of Bucktown and Wicker Park have diverged slightly, Wolf says, due in part to the difference in housing stock between the two.

Aside from the “Bucktown Triangle” – an area bounded by North, Milwaukee and Western avenues, where lofts and large condo projects can be found – most of Bucktown’s new-construction stock is limited to single-family homes priced well into the millions.

Wicker Park, on the other hand, still sees more condo construction, and the neighborhood still maintains some of the bohemian charm that made it such a popular hub for artists and musicians in the 1990s.

“Wicker Park is still a little edgier than the rest. Division Street may be the hottest street in all of Chicago for restaurants and bars, but it all still has an edgy, artsy feel to it,” Wolf says. “Bucktown lost that a little bit as the national retailers and higher-end boutiques arrived. It’s become more of a place for young couples and families who want a larger condo or townhome at an affordable price.”