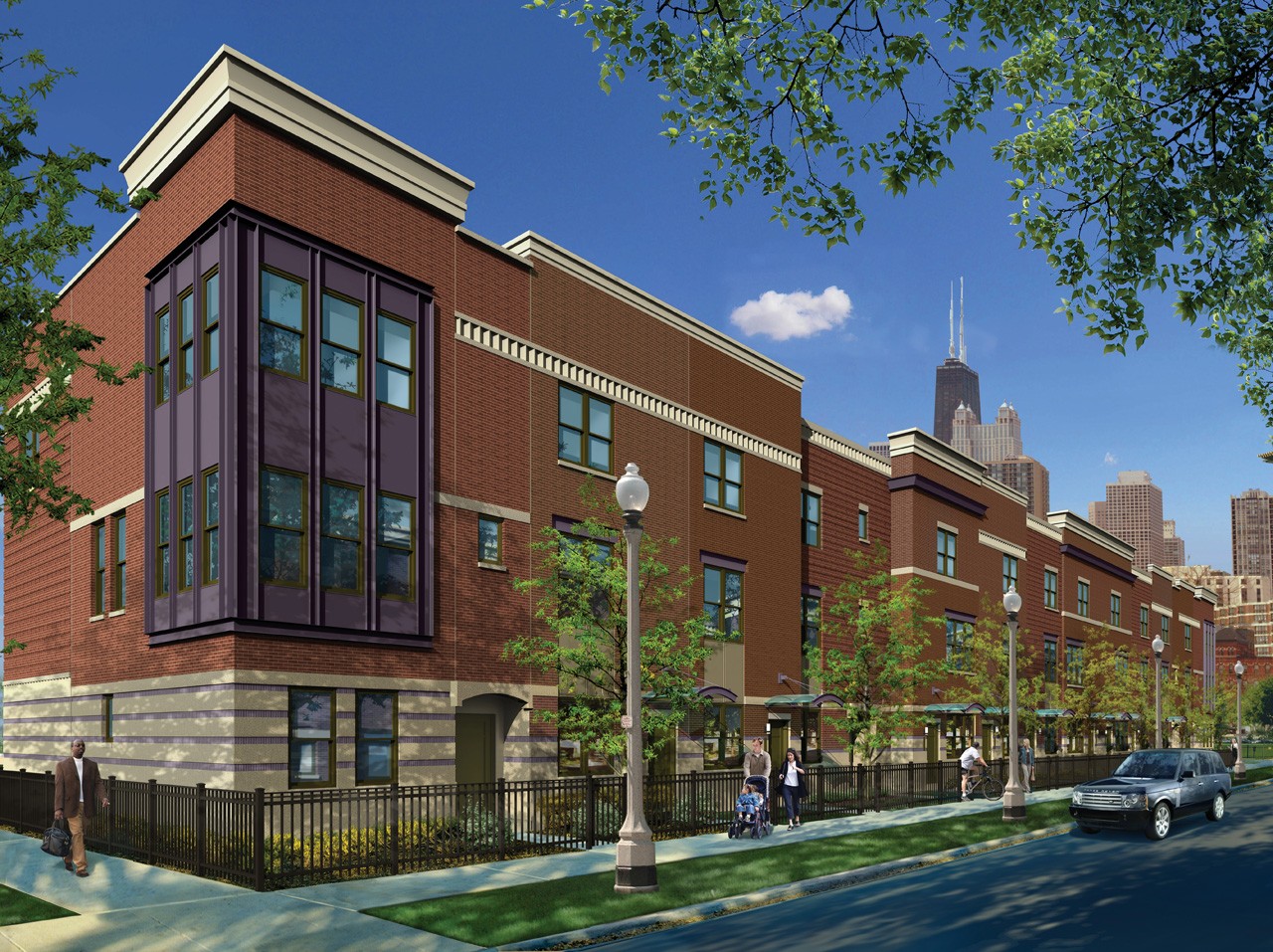 Mention Chicago real estate and some immediately conjure images of Lake Shore Drive and the Magnificent Mile, sleek glass towers and architectural wonders. But those who know the city well think of neighborhoods, and when one is revitalized, the process elicits at least as much pride for Chicagoans as any Gehry bandshell or Miesian masterpiece.

It’s one of several developments replacing the Cabrini-Green public housing project as part of the Chicago Housing Authority’s $1.4 billion Plan for Transformation. Instead of crowding low-income families into massive complexes like Cabrini-Green’s notorious high-rises, the plan calls for building mixed-income low-rise communities.

Parkside of Old Town allocates 30 percent of its units as rentals for public housing residents and 20 percent as affordable housing, including rental and for-sale homes. The remaining 50 percent of the units will be rented or sold at market rates.

The site is laid out to look like other neighborhoods that surround the city’s center, with townhomes and mid-rises on grid of walkable streets.

“Parkside is a unique re-creation on a large scale of a great Chicago neighborhood,” says Kevin Hardman, vice president of Kimball Hill Urban Centers. “It has a great deal of product diversity, and I’m not positive, but I think it may be the largest development under construction in this part of the city.”

At more than 18 acres, Parkside is playing a big part in bolstering an area that was in distress not long ago, says Steve Ryniewicz of FitzGerald Associates Architects, which designed the homes along with Campbell Tiu Campbell, Inc. “Fortunately we’re back to restoring the Chicago-style neighborhoods of the past.”

By “Chicago-style,” Ryniewicz is referring to the liberal use of brick and stone that is the signature of Chicago residential real estate.

“However, we’ve added some modern twists,” he says, alluding to the sprinkling of metal panels, glazed brick, aluminum and steel that appears throughout the project. “And we’ve gone to green roofs made of a number of materials and containing numerous plane changes to give the buildings some individuality.”

The project locates higher-density housing along busier streets, so mid-rise condo buildings, The Hudson and The Cambridge, will be on bustling Division.

The Hudson is just to the west of the two-acre Seward Park, which was meticulously refurbished several years ago. The building has condos with one or two bedrooms and one to two bathrooms – as does its Division Street neighbor, the Cambridge. The Elm, an all-rental mid-rise, will be built immediately to the west of the Cambridge, at the corner of Division and Larrabee. These phase one buildings are slated for completion in the summer and fall of 2008.

Four low-rise buildings containing two- and three-bedroom townhomes with 1.5 to three baths are located behind the mid-rises, to the south. The phase one townhomes will be ready for delivery in the summer and fall of 2007. The balance of phase one, which includes everything north of Elm Street, will be completed by the summer of 2008, according to Hardman.

All buildings are wired for high-speed cable and Internet, and the condominium residents have access to a fitness center and a business lounge. All Parkside homes include hardwood flooring in living areas, washer / dryer hookups, maple or oak kitchen cabinetry, granite countertops, stainless steel appliances, ceramic bath tile and kitchen islands per plan.

“These are brand new high-quality homes in a city neighborhood,” says Hughey. “We’re building in the streets in a great location with lots of amenities and lots of green space, and that really attracts the buyers.”